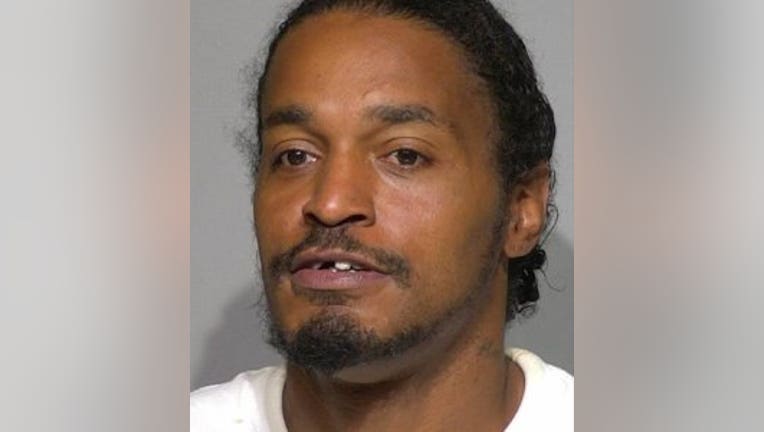 MILWAUKEE -- Charges were filed Friday, June 5 against a Milwaukee man prosecutors said admitted to causing more than $40,000 in damage to Miller Park on Tuesday, June 2.

Keyon Lambert, 40, faces one count of criminal damage to property (reduced in value by more than $2,500), and one count of disorderly conduct.

According to a criminal complaint, police found Lambert outside the stadium. A security officer said he was on patrol when he was notified of a subject in the park -- and found Lambert on the field level "yelling." He said Lambert went down to the 100 section and onto the field. He advised Lambert had patted his hip with his hand and said, "I got a piece for you," leading the security officer to believe Lambert was armed.

The security officer said Lambert then walked to a nearby tractor -- driving the machine across the field -- lowering and raising the front end, damaging and digging holes into the field, causing an estimated $40,000 in damage.

The field manager said he was behind a back wall when he heard yelling, and heard the tractor start up. He said he saw Lambert on the tractor, and Lambert stated, "Black Lives Matter," "You all try me if you want," and "We're gonna burn this (expletive) down tonight," before driving the tractor through the field. He then got off, walked off the field and exited the park.

Prosecutors said Lambert admitted to entering the ballpark -- telling investigators he "tested the doors" and was surprised to find an open door. Taking that "as a sign," he entered Miller Park and made his way to the field. He said he "never drove a tractor with a bucket," and indicated he was going to "try to write his name in cursive." The complaint said he admitted to causing the damage to the field, and scaring people near it.

He made his initial appearance in court Friday and received a $1,000 signature bond. A preliminary hearing was set for July 20.