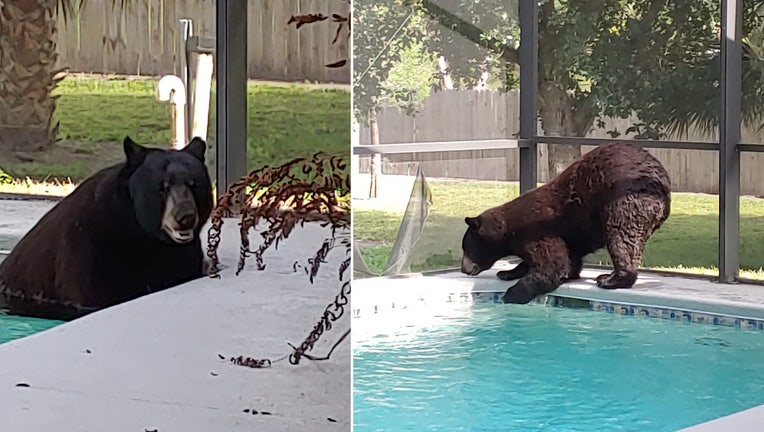 NAPLES, Fla. - Even bears like to cool off in the Florida heat!

Karen Bockrath looked out on the back porch of her Naples home earlier this month, only to find a large hole in the patio's screen.

She soon realized a large black bear had ripped open the screen to get into the patio and take a dip in her pool. 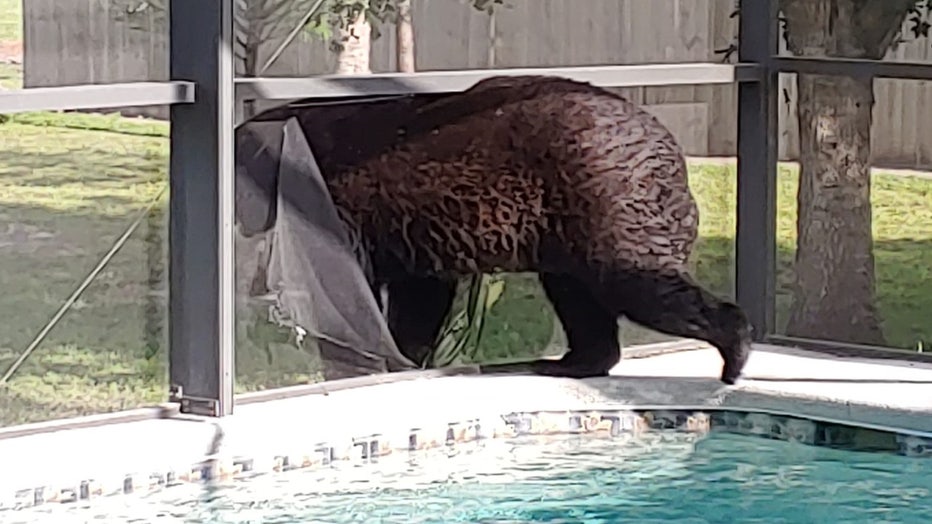 "Guess I'm having a pool party! Who knew!" Bockrath wrote on her Facebook page.

She shared multiple photos of the bear sitting in the water, at one point looking right at her as he lounged.

Since making a hole in the screen, the bear has made several return visits, Bockrath said, "mostly at night when I can't catch him." 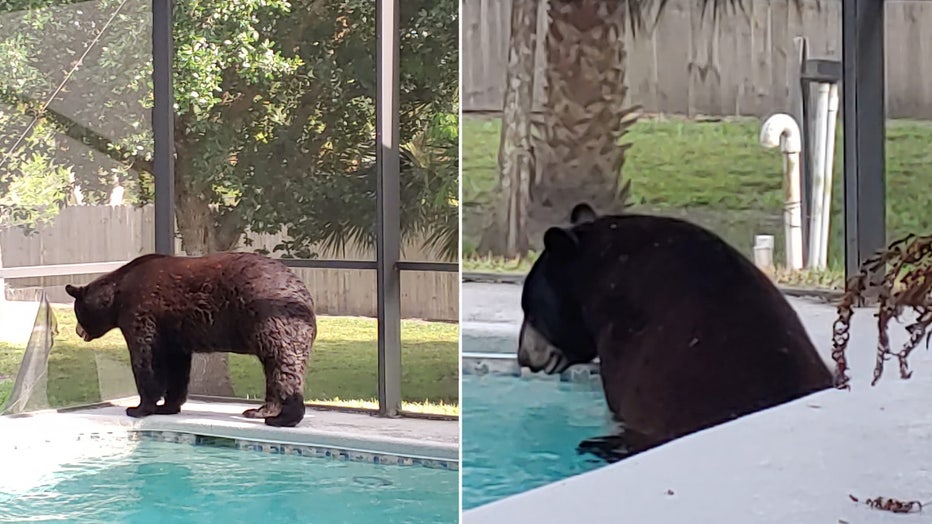 Still, she says she'd rather have a bear in her pool than an alligator.

"I really love the wildlife! Just not excited about the torn screens or the pooping in the pool," she wrote. 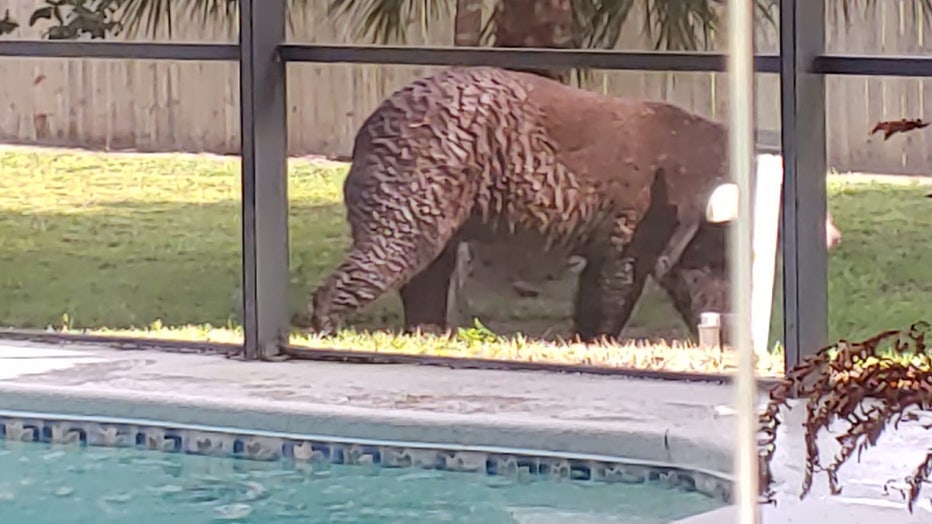