Bill Clinton: Hillary is the candidate with the ideas to help the largest amount of people

Bill Clinton: Hillary is the candidate with the ideas to help the largest amount of people

MILWAUKEE -- Hillary Clinton, who still holds the majority of delegates vs. Bernie Sanders in the Democratic race for president campaigned in New York on Monday, April 4th -- the eve of the presidential primary election in Wisconsin. Voters in New York head to the polls on April 19th. Her husband, former president Bill Clinton was in Milwaukee to stump for his wife. 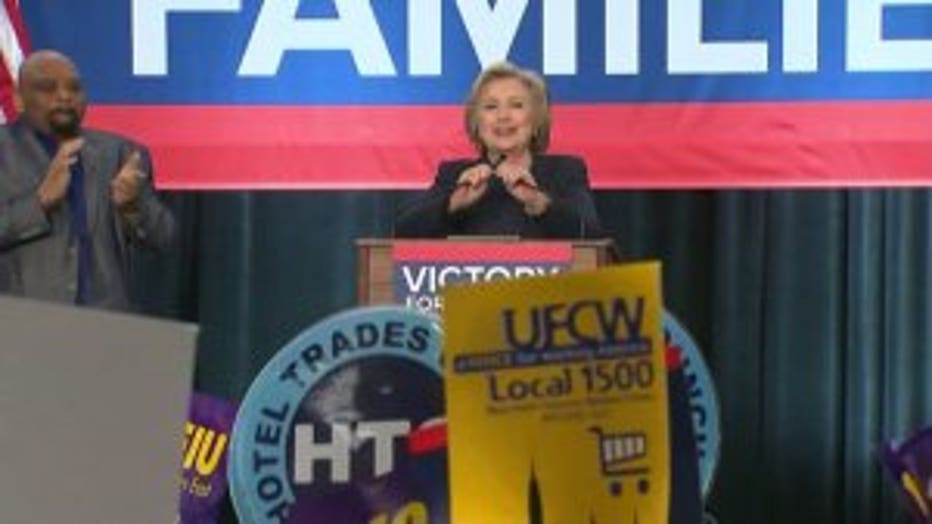 Hillary Clinton on Monday joined New York Governor Andrew Cuomo as he signed a budget that will ultimately lead the state to a $15 minimum wage.

Clinton used the opportunity to attack Republican front-runner Donald Trump, saying he held the opposite position on wages.

"In fact, Donald Trump has said that wages are too high. And a lot of members of his party agree. Right? (Person in audience yells that Trump is fired. He is fired. That's funny!" Clinton said.

Clinton also discussed her plans to revitalize the economy.

"So here is what I have been advocating, because it's not just enough to keep going along and making progress. I really want us to have broad-based inclusive prosperity again. More good jobs, rising incomes. I don't think it's enough that my granddaughter has opportunities in life. I want your children and grandchildren to have exactly the same opportunities. To live up to their dreams, to fulfill their own potential. That will be the mission of my presidency," Clinton said. 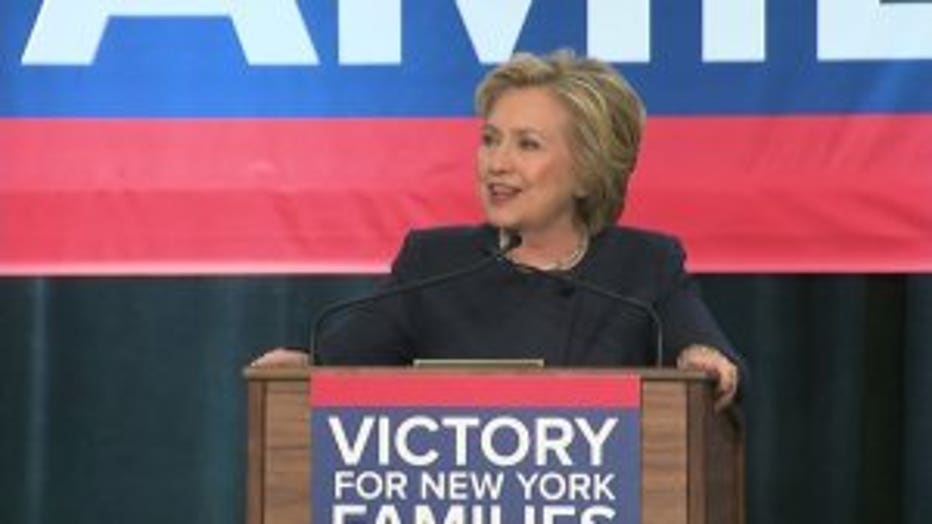 Hillary Clinton herself, as of Monday afternoon, had not announced plans to be in Wisconsin for Tuesday's primary election.

Clinton's husband, former president Bill Clinton was in Milwaukee on Monday, stumping for his wife.

Bill Clinton made a stop at Turner Hall Ballroom in Milwaukee Monday, for an event that began at 2:45 p.m. He spoke for about 30 minutes to a relatively small gathering of supporters.

The focus of his speech was the economy and why Hillary Clinton is the best candidate to increase jobs, wages and opportunities in the United States. 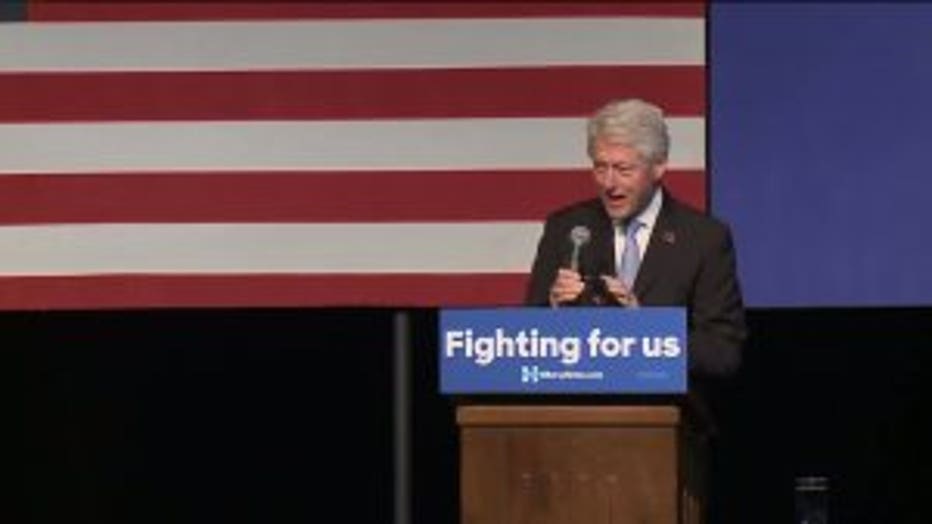 Bill Clinton said Hillary will add jobs in the clean energy sector and create incentives for companies to add jobs and keep them here in this country.

Bill Clinton said America has momentum when it comes to job growth since President Barack Obama took office, and said Hillary Clinton can do even more.

"Since the United States has the biggest market in the world, Hillary`s position is, let's save the transportation costs and make more things here! She wants a special effort to give people significant incentives to get people to invest in new markets in our country," Bill Clinton said.

He stressed that Hillary Clinton will make it possible for college students to graduate debt free by increasing Pell grants and work-study programs. He said his wife will fight for equal pay and paid leave programs, and raise the minimum wage.

"You have no choice, but to elect the person who's got the best ideas, and who is the best person, with a record of leadership for change. That's Hillary. We need Wisconsin. Go out and work for it. Thank you and God bless you," Bill Clinton said.

Bernie Sanders and Hillary Clinton have agreed to meet for a Democratic debate on CNN and NY1 on April 14, five days before a crucial primary election in New York state.

As of Monday afternoon, Hillary Clinton did not have any appearances scheduled in the Badger State on April 5th. 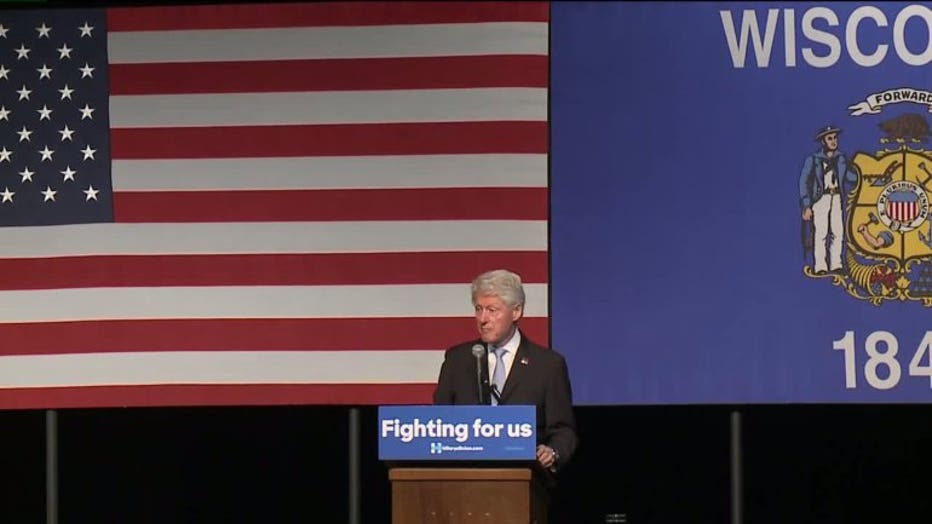