MILWAUKEE -- It's a one of a kind traveling exhibit that will take 68 days, go through 30 states and stop at 99 police departments for a group of people to honor 146 fallen law enforcement officers. 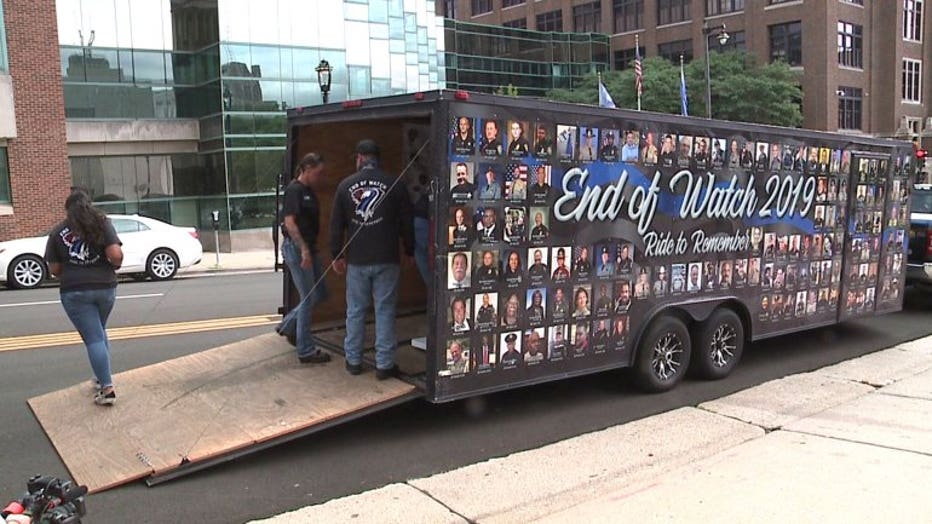 The exhibit: A mural, filled with photos, showing the faces of fallen law enforcement officers — who lost their lives in 2019.

"This isn't just coming from West Milwaukee where they were. It's coming from all the way across from the Northwest coast," Milwaukee Police Lt. Erik Gulbranson said. 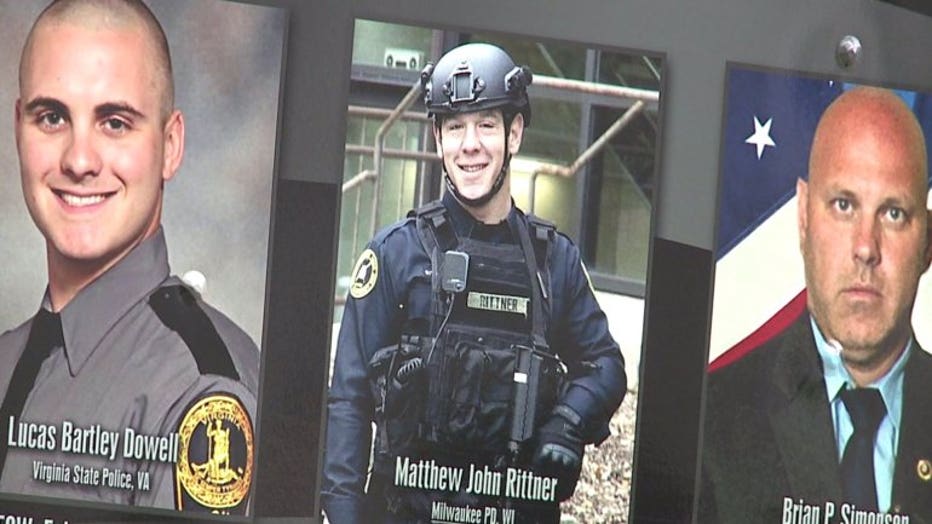 "For people to realize what these officers are sacrificing," Lt. Gulbrandson said.

He joins 145 of his brothers and sisters in arms — who also lost their lives last year. This traveling mural is part of an initiative by a group called Beyond the Call of Duty, who are administering this end of watch tour.

"Bring that love back out," Shah said.

Since the pandemic forced many police departments to cancel their trip to Washington DC for National Police Week, this chance to gather and reflect has been brought to them.

The tour also made a stop yesterday in Racine in memory of police officer John Hetland, who also died in the line of duty in 2019.