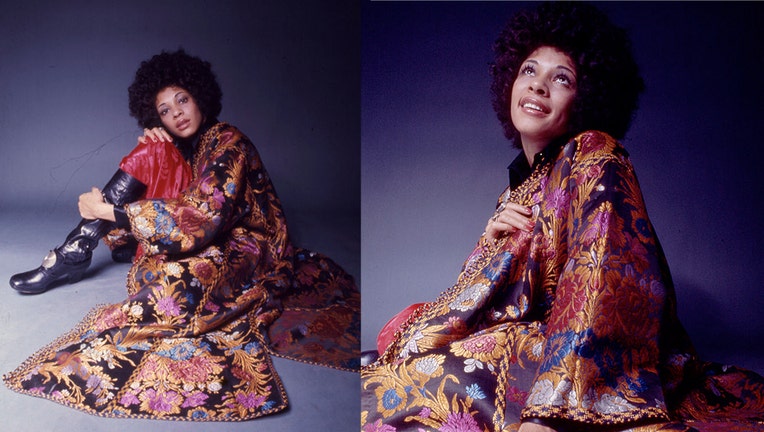 LOS ANGELES - Trailblazing funk musician Betty Davis has died at the age of 77.

The star, who was once married to jazz legend Miles Davis, died in the early hours of Wednesday morning, according to a statement on her official website.

Davis died in Homestead, Pennsylvania, where she'd lived since childhood, the statement reads.

Most known as the Queen of Funk, Davis was well known for her eccentric and highly sexual performances. Her self-titled debut album was first released in 1973 and was followed with two more records including "They Say I’m Different," released in 1974 and "Nasty Gal," in 1975.

Davis was known for her songs "Anti Love Song," "If I'm In Luck I Might Get Picked Up" and "Nasty Gal." She was also known for writing "Uptown (to Harlem)" by the Chambers Brothers, which was featured heavily in the 2021 documentary "Summer of Soul (…Or, When the Revolution Could Not Be Televised)."

Davis married Miles Davis in 1968. She was featured on the cover of the jazz legend's "Filles de Kilimanjaro" album, released the same year. She was also the inspiration for the song "Mademoiselle Mabry (Miss Mabry)," as her birth name was Betty Mabry.

Their marriage lasted only a year, but per Rolling Stone, Davis is credited with introducing her husband to modern rock music, which prompted a change in his sound.

Davis released her self-titled debut album in 1973, her sophomore album "They Say I'm Different" the following year and "Nasty Gal" in 1975.

According to Rolling Stone, she then bowed out of the music industry, temporarily living in Japan and spending time with silent monks.

Her music gained a cult following and influenced artists like Janelle Monáe and Erykah Badu. Renewed interest in her music sparked reissues of her music, including the first-ever printing of a fourth album that went unreleased in 1976.

According to her website, Davis' final and favorite album "Crashin’ From Passion," will be released by Light in the Attic Records late in 2022.

Get updates on this story at Foxnews.com.