MADISON — Bernie Sanders on Wednesday, October 5th was back in Wisconsin for the first time since he won the state's presidential primary in April, this time encouraging votes for former rival and current Democratic nominee Hillary Clinton. 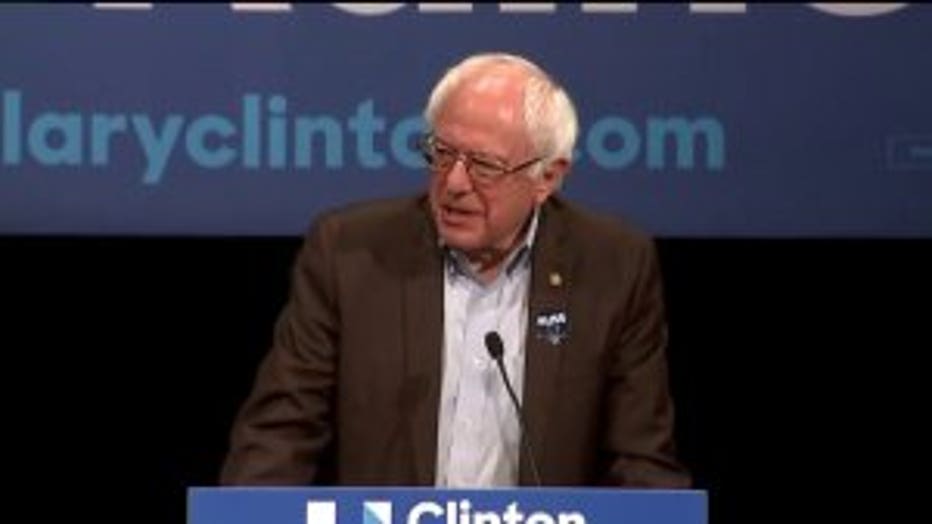 "Donald Trump wants to take us back. We will not allow bigotry to resurface in the United States of America," Sanders told the crowd inside a conventional hall at the Monona Terrace in downtown Madison.

The latest Marquette University Law School Poll shows Clinton could use Sanders' help in Wisconsin. Among Democrats, 48 percent would've preferred him to be their nominee to 43 percent for Clinton. 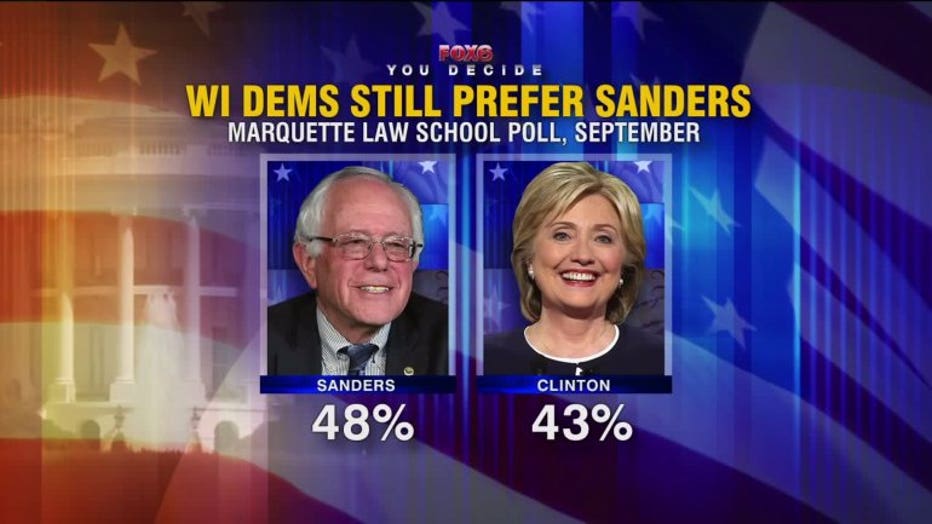 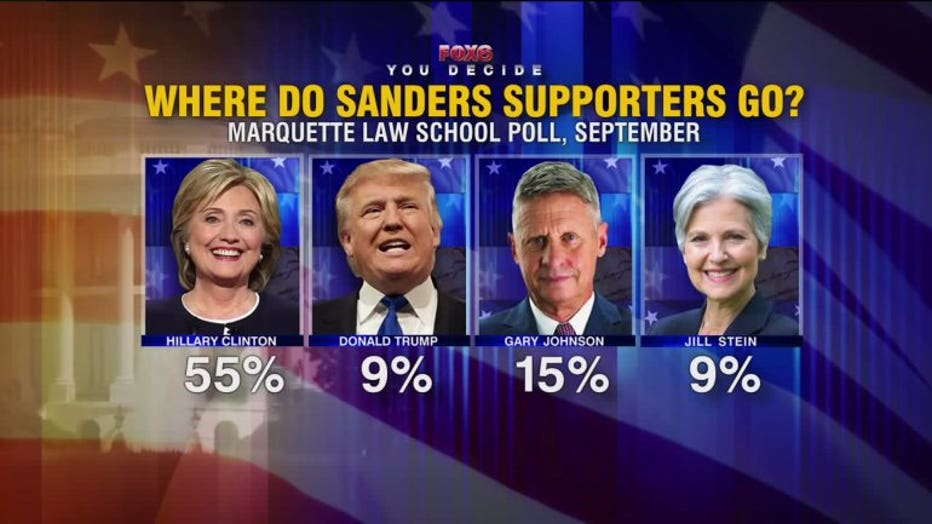 Sanders spoke directly to undecided voters during his Madison stop.

"Get beyond the personality. Get beyond the negativity," he said. "Just take a hard look at which candidate is better for the middle class and working families of this country, and when we do that, we will find overwhelmingly that Hillary Clinton is that candidate."

Several people in the crowd said they voted for Sanders in the primary but now backed Clinton. 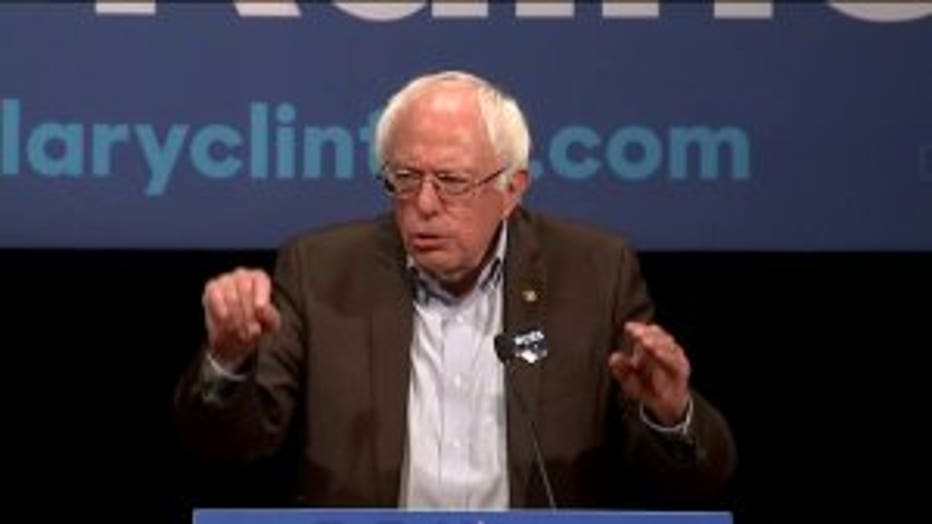 "He`s here. He`s supportive of her whole campaign," said Anna Barry, a freshman at the University of Wisconsin-Madison. "She`s slowly won me over, I guess."

Others said they simply wanted Trump to be defeated.

"We have friends who are probably going to vote for Jill Stein, but Jill Stein is not going to be president," said Susan Smyth, a former Sanders voter from Janesville. "I can’t imagine not voting for Hillary, given the choices we have."

Feingold praised Sanders as a "contribution to democracy" and noted several policies that they agreed upon when both were in Congress.

"Russ and I have worked together for years," Sanders said. "I cannot wait, believe me, to see him back by my side in the U.S. Senate."

Feingold said a Trump presidency would allow "right-wingers" to control the Supreme Court for a generation. 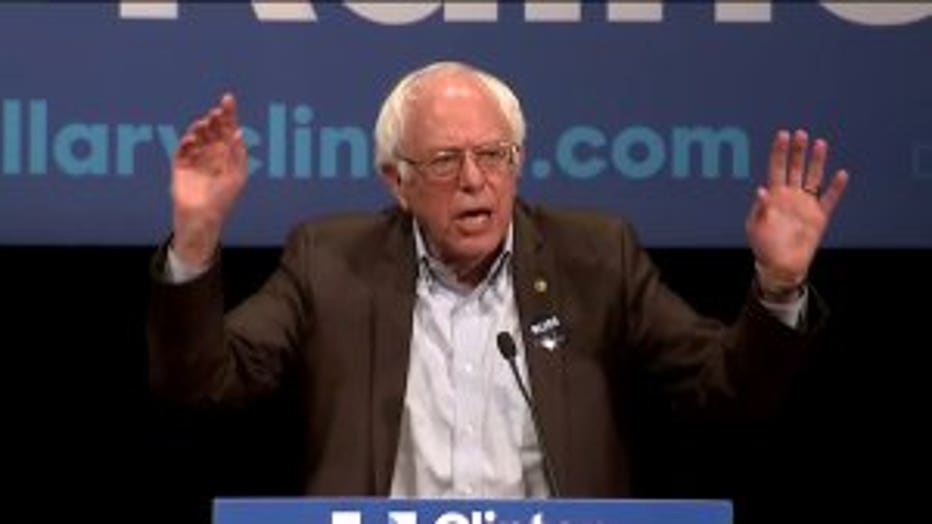 After the rally, the Clinton campaign blocked FOX6 from an interview with Sanders, an opportunity granted to select media outlets.

Sanders was also scheduled to attend a rally for Clinton in Green Bay on Wednesday.

"Wisconsinites want a president they can trust, and time and again, Hillary Clinton proves that she is unfit for Wisconsin and to be president," Meachum said. 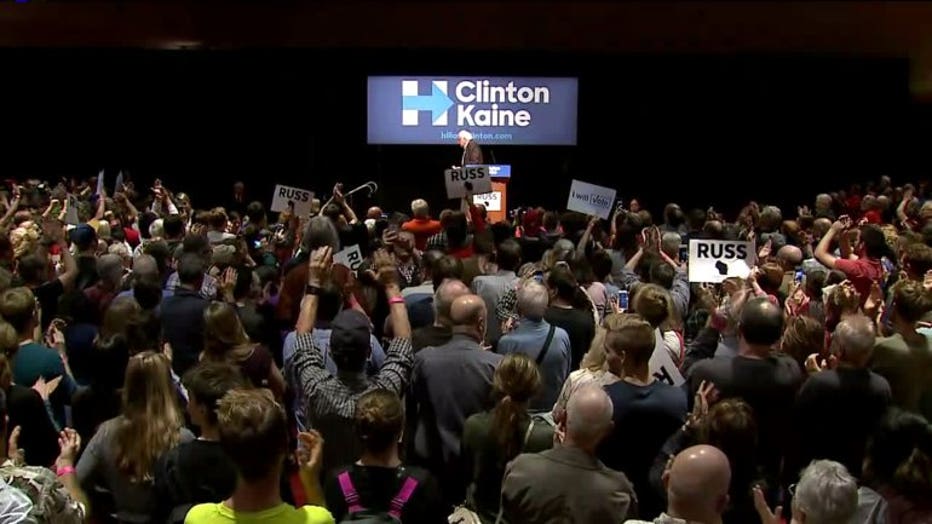