Bernie Sanders on WI presidential primary: If theres a large voter turnout, we will win here

Bernie Sanders on WI presidential primary: If theres a large voter turnout, we will win here

That move came after Sanders on Sunday, April 3rd drew a little more than 4,000 to the Kohl Center in Madison -- an arena that holds 17,000. 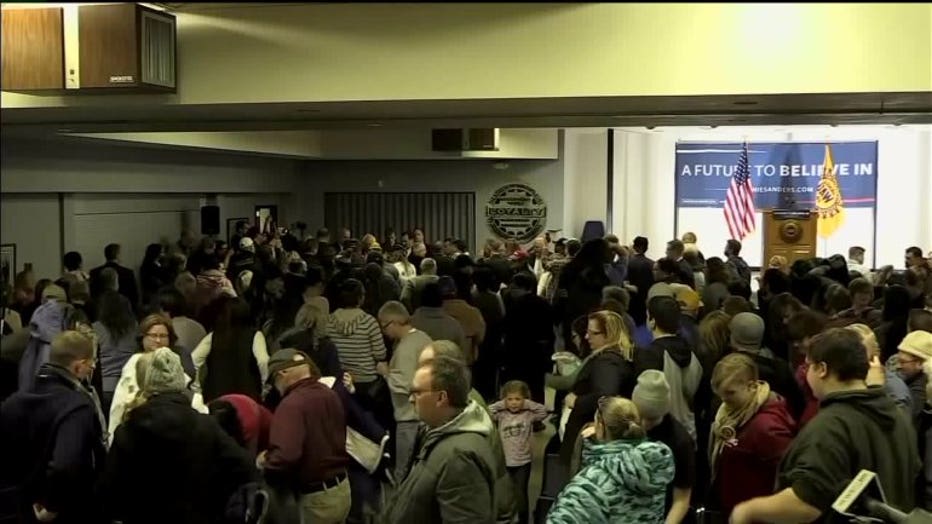 A crowd filled in around the stage Monday in a ballroom inside the Wisconsin Center as Sanders made his final pitch to voters in Wisconsin.

"You want to hear a radical idea? Here`s a radical idea: We`re gonna create an economy that works for all of us, not just the 1%," Sanders said. 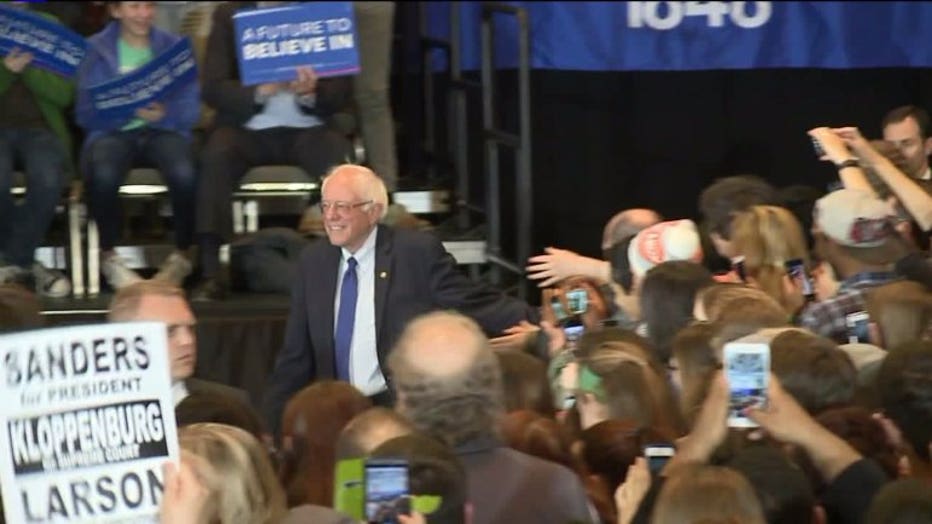 Bernie Sanders at the Wisconsin Center in Milwaukee 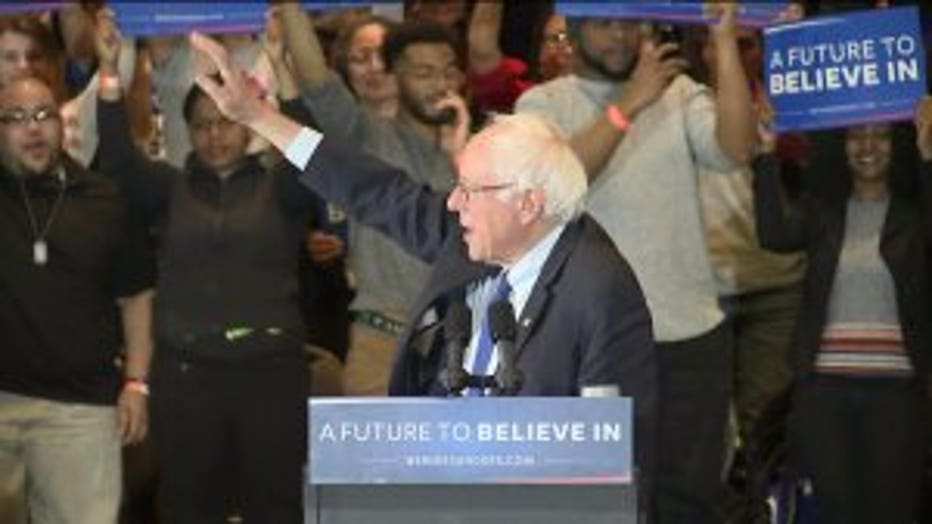 Bernie Sanders at the Wisconsin Center in Milwaukee

Sanders railed against Governor Scott Walker, as he has done throughout his time campaigning in Wisconsin. Specifically, Sanders went after Walker over Act 10 and Wisconsin's voter ID law.

"Here in Wisconsin, a poll for your own state had us beating (Trump) by 19 points," Sanders said.

Sanders reiterated that it's his belief that voter turnout Tuesday will determine the winner.

"When there is a large voter turnout, when working people -- many of whom have given up on the political process -- come back in, reclaim their democracy, and stand up and fight back, then we win," Sanders said.

Earlier on Monday, Sanders hosted a town hall even in Janesville. 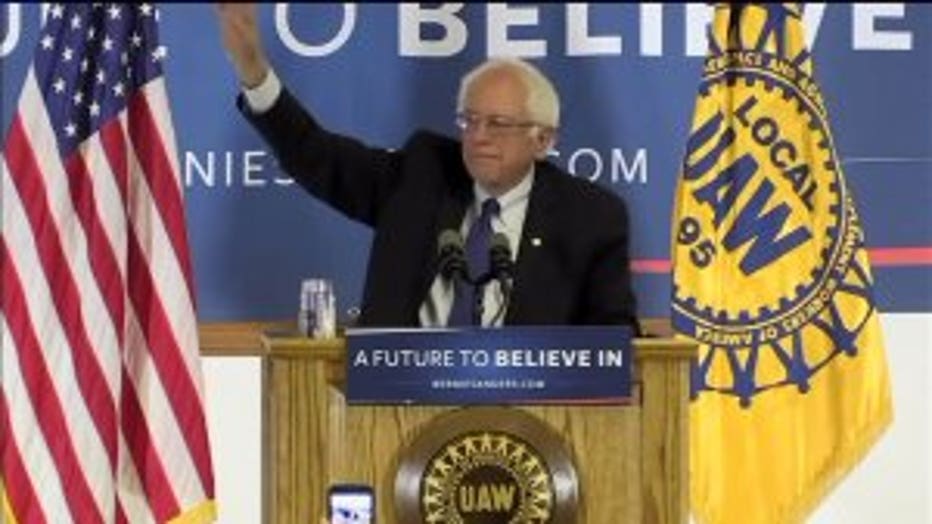 Then, he was set to stop in Green Bay for a rally before making his way to Milwaukee.

Sanders told supporters in Janesville on Monday a win in Wisconsin Tuesday could lead to an even bigger victory in the near future. 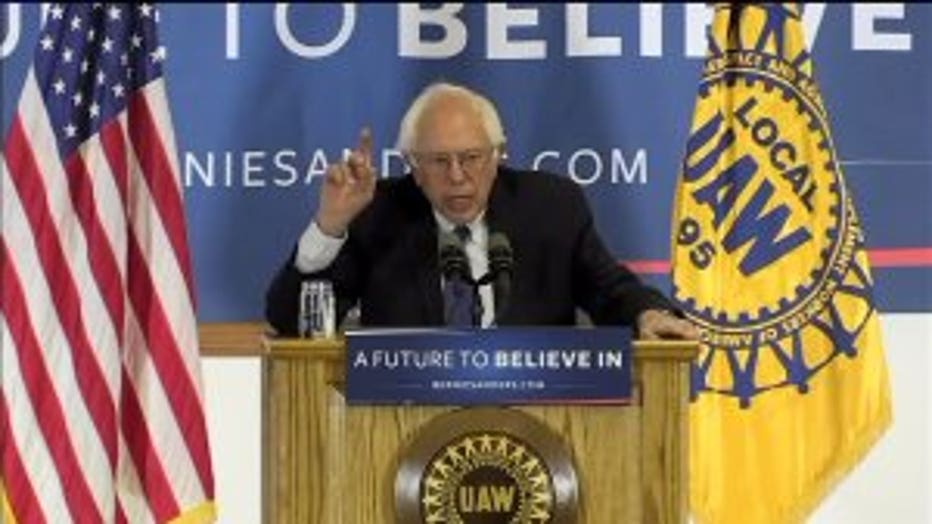 "If there`s a large voter turnout, we will win here. If we win here, we will have a bounce going into New York state, where I think we can win. If we win in New York state, between you and me, I don`t wanna get Hillary Clinton more nervous than she already is. She`s already under a lot of pressure," Sanders said.

Bernie Sanders and Hillary Clinton have agreed to meet for a Democratic debate on CNN and NY1 on April 14th, five days before a crucial primary election in New York state. 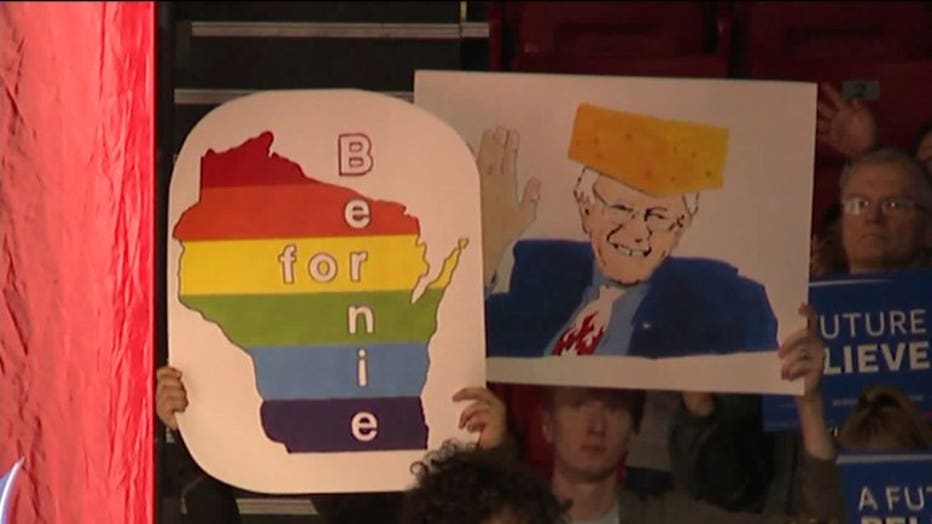