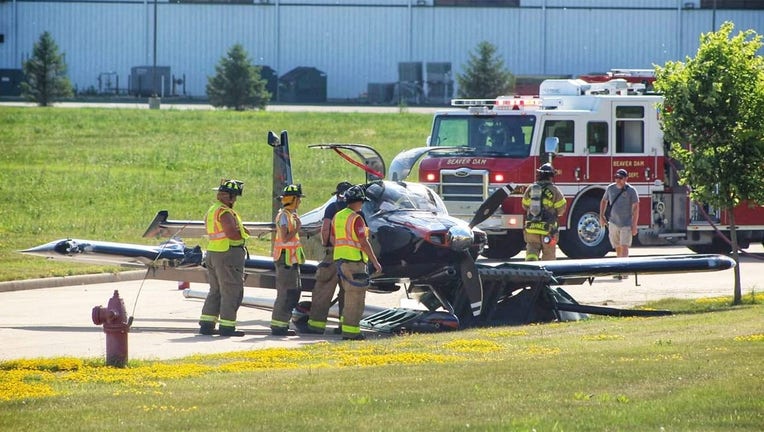 BEAVER DAM, Wis. - A small plane made an emergency landing in the Beaver Dam industrial park Friday, July 22. No one was injured.

According to police, the plane went down around 4:45 p.m. that afternoon near Commercial Drive just east of Beaver Dam Lake.

The pilot, one of three people on board, had left for the EAA from Juneau when he experienced "catastrophic engine failure," according to fire department personnel.

The plane hit objects on the ground as it landed in the roadway, police said, but no major property damage was reported.

The cause of the incident is being investigated by the Federal Aviation Administration and the National Transportation Safety Board.