BAYSIDE -- It was a close call for Bayside police on Wednesday, Nov. 27 -- when power lines exploded!

Residents on Bay Point Road called police Wednesday night when a power line started sparking. It looked a lot like fireworks, and it was caught on camera.

A shocking call to say the least, police in the Village of Bayside were called to the cul de sac when falling branches hit the powerline. The officers made a call of their own -- for back-up from We Energies.

"Our equipment is rated much higher than 60 mile-per-hour winds, what it's not rated for is a tree branch or tree coming down and hitting it," said Brendan Conway of We Energies. 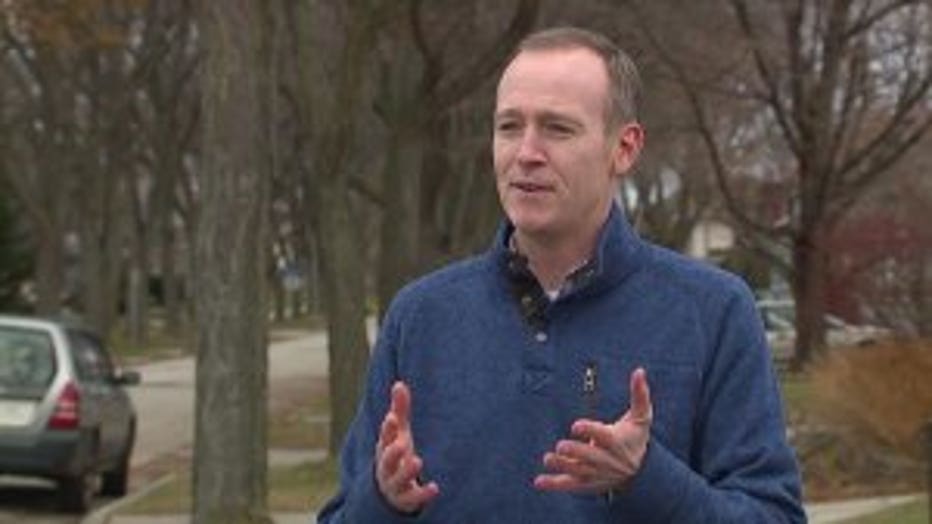 This incident, coupled with high winds on Wednesday resulted in power outages for much of the village for several hours Wednesday night before We Energies crews restored power. Not to mention, winds knocked out power for We Energies customers all over Wisconsin and Michigan's Upper Peninsula.

"We have hundreds of people working just out in the field and then more back here," Conway said.

People in Bayside are counting their blessings that for the officers who cleared the way, so We Energies could stop the sparks from flying.

Bayside police said thankfully, the two officers and a lieutenant were far enough away when this explosion happened that they were not hurt.

We Energies crews are finished restoring power in Bayside, but their work is not done. Local crews are on the road Thanksgiving night, headed north to help restore power north of Green Bay.