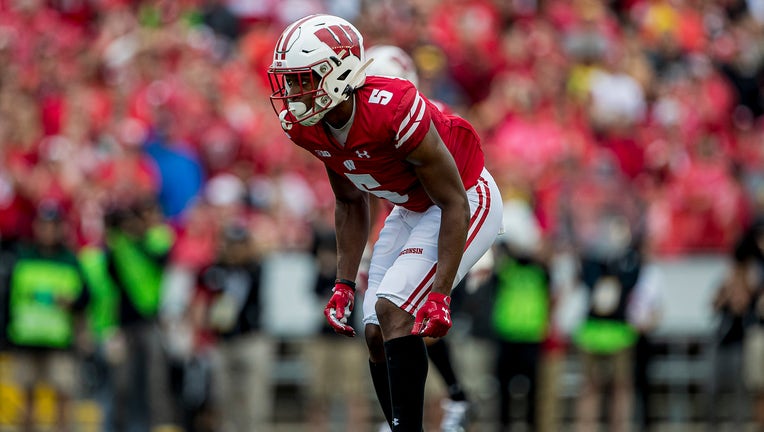 MADISON, Wis. (AP) - Wisconsin cornerback Rachad Wildgoose is declaring for the NFL draft and isn’t expected to play in the Badgers’ remaining games this season.

Wildgoose announced his decision via Twitter on Friday. He injured his shoulder in the first half of a 17-7 loss at Northwestern last week and had his arm in a sling for the second half of the game.

In his tweet, Wildgoose said that “being a part of what I consider the greatest university in America has been the honor of my life.”

Wildgoose’s announcement comes three days after Wisconsin’s scheduled game Saturday with Minnesota got canceled due to positive COVID-19 cases within the Gophers' program. The cancellation essentially knocked Wisconsin out of the Big Ten championship picture.

Wisconsin has played three games and has only two more left on its schedule, a Dec. 5 home game with No. 12 Indiana and a Dec. 12 visit to Iowa. A COVID-19 outbreak within the team caused Wisconsin to cancel scheduled games with Nebraska and Purdue earlier this season.

The Badgers already had their Big Ten title hopes dealt a severe blow last week by losing to Northwestern, a result that enabled the 11th-ranked Wildcats (5-0) to take command of the West Division race.

The move likely knocks the 18th-ranked Badgers out of consideration for the Big Ten championship game.

The Badgers (2-0, 2-0) are trying to win the division for the fifth time in seven years.