Back in Milwaukee: Pabst to open new brewery on site of original brewery

Back in Milwaukee: Pabst to open new brewery on site of original brewery

MILWAUKEE -- Pabst Brewing Company announced on Wednesday morning, July 15th that it will open a new brewery in Milwaukee on the site of the original Pabst Brewery, which was founded in 1844.

"It is a great beer. It has always been a great beer, and it should be right here in Milwaukee," said Milwaukee Mayor Tom Barrett. 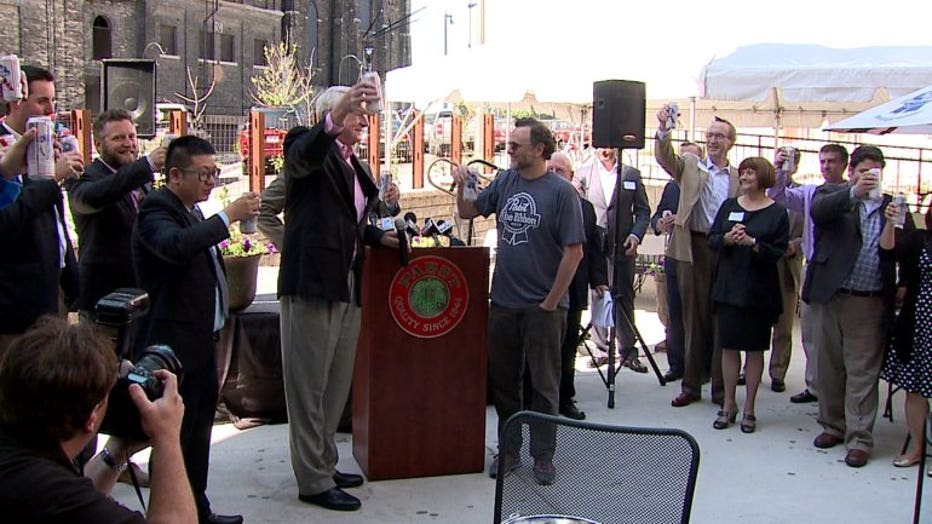 Officials are hoping to honor the legacy of Frederick Pabst by bringing the brewery back to Milwaukee.

"He left such a huge imprint on this community. And so, this is the first step for us to hopefully to become a good citizen and to become part of your community," said Pabst Brewing Company Chairman and CEO Eugene Kashper.

Along with a brewery, the site will offer tours, have historical memorabilia, a tasting room, and restaurant.

"We need to start making some of these amazing recipes that we have in our archives and there`s definitely no better place to do it than right here at the Pabst Brewery," said Kashper.

The original brewery closed back in the mid 90s, ending an era.

"This closed down so fast, so abruptly, so harshly that the workers didn`t even have time to clean out their lockers," said Milwaukee Alderman Bob Bauman.

But now a new beginning is on the horizon for a beer born in the brew city.

The Pabst Brewing Company plans to open the brewery to the public next summer.