MILWAUKEE (WITI) -- A sea lion pup made its debut at the Milwaukee County Zoo on Tuesday, July 2nd.

The pup, named Talise (Native American name meaning “beautiful waters”), was born on April 17th to first-time mother Sonoma, and father Slick.  The pup weighed 17 pounds at birth.  Mom and baby are doing well now, but had a challenging beginning.

As with other species, sometimes first-time sea lion mothers are uncertain or lack the skills needed to successfully give birth, nurse and nurture their first pups.  In the wild, this is called “survival of the fittest,” and often times these newborn animals do not survive.

When Sonoma failed to nurse the pup, the Oceans of Fun staff and veterinary teams went into action, providing 24 hour care for the new arrival. Staff monitored the pup closely, developed a special liquid “pup formula,” and even transferred her to another sea lion mother, Makaia, in the hopes she would take over, and nurse it after Sonoma did not.

Happily today, the pup is back with Sonoma who is nursing, and both are developing a strong bond with one another.  The first days of any life are critical, and the trainers at Oceans of Fun are thrilled with the progress and success currently taking place between mother and pup.  In the wild, this pup most likely would not have survived.

There is an aging population of captive California sea lions in the U.S., making this birth quite significant.  Talise is considered valuable for the genetic diversity of the species. 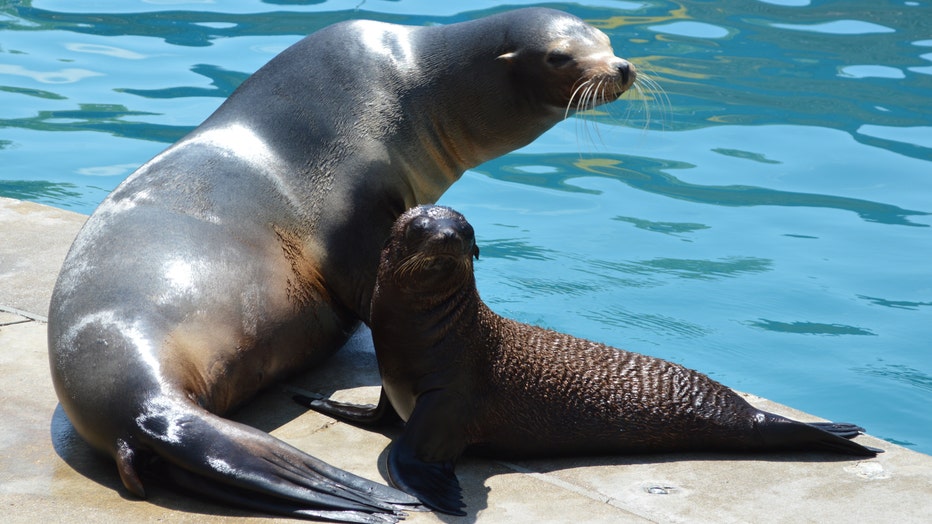