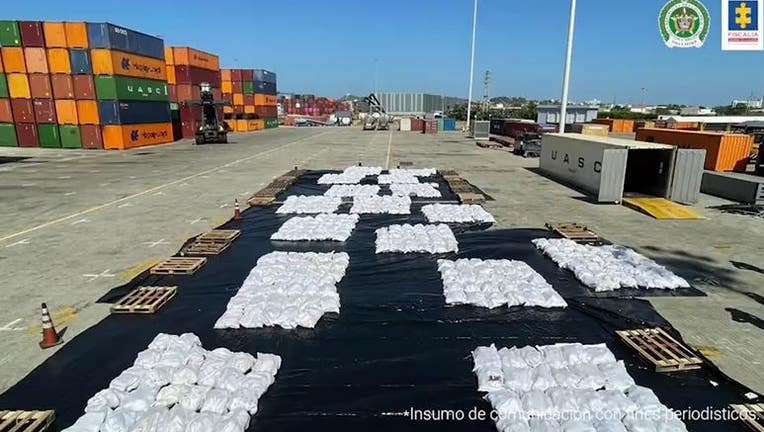 Colombian law enforcement seized nearly 20,000 coconuts filled with “liquid cocaine,” prior to shipment from Cartagena to Italy, officials said on January 27. (Credit: Office of the Attorney General of Colombia via Storyful)

The narcotics were found on a large shipping container headed to Italy, according to law enforcement.

In a statement, the Office of the Attorney General of Colombia said the coconuts — 19,780 in total — were found in a container destined for Genoa. Imagery released by the office shows the coconuts laid out at the Port of Cartagena.

Investigators say a naturally occurring fluid was found inside thousands of coconuts which were then meticulously removed and replaced with "liquid cocaine."

Investigators determined that the naturally occurring fluid inside the coconuts was meticulously removed and replaced with "liquid cocaine." Dissolved cocaine formulas have been documented in previous seizures, as traffickers attempt to avoid traditional drug detection.

In 2019, Italian police made one of their biggest drug busts in years in Genoa when they interdicted cocaine worth an estimated half billion Euros, believed to have been shipped from Colombia. This time, authorities say the drugs never made it out of Colombia.