Animals at Adelaide Zoo in South Australia were treated to early Christmas presents to mark the start of the silly season.

ADELAIDE, Australia - Christmas came early for some adorable animals at a zoo in Australia.

Video released by the South Australian Zoo (Zoos SA) captured several of their furry residents opening gifts, beginning with two African lionesses, Amani and Mujambi, tearing into a wrapped cardboard box that was scented with perfume.

Then, footage showed Ejeda, Benoky and Belo, the zoo’s three ring-tailed lemurs, watching as one of the handlers filled their Christmas gifts with carrots, grains and other treats.

Zoos SA reopened after its initial shutdown in March to help slow the spread of COVID-19. After nearly three months of lockdown, the zoo opened its doors again to visitors on June 15 with new health guidelines, according to the zoo’s website. 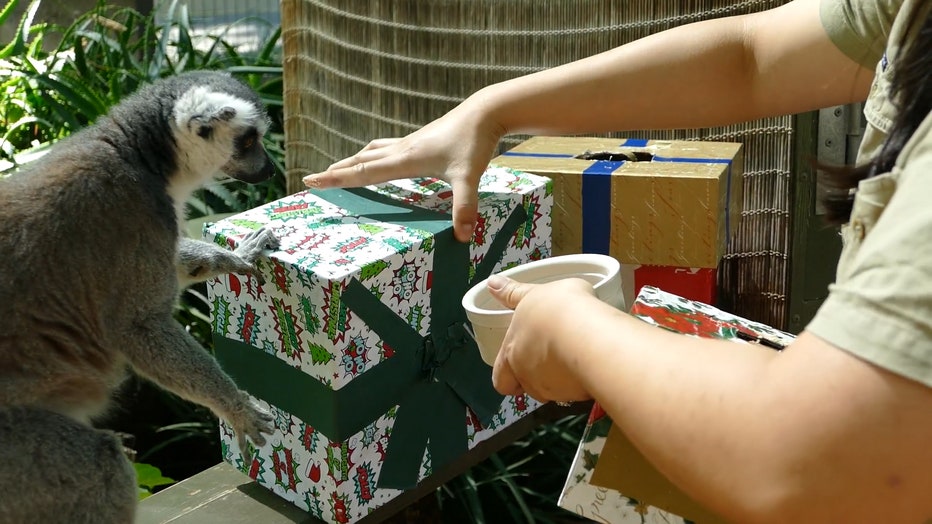 A ring-tailed lemur awaits its gifts at Zoos SA.

“It’s been nearly 90 days since we last had any members or visitors inside the gates and to say we have missed them is an understatement,” Zoos SA Chief Executive Elaine Bensted said in June.

The zoo had a secondary lockdown in November after a surge in cases, according to a news release, and was shut down for six days before reopening again on Nov. 23.

The total number of members and visitors at the zoo is limited to 1,000 people at any one time.