DOOR CO. -- The Door County Sheriff's Department released the audio Wednesday of a pilot at Sturgeon Bay airport helping guide an 80-year-old woman down to safety. This, after the woman's husband who was piloting the aircraft, fell unconscious at the controls.

Helen Collins had some flight training years ago, but was not familiar with the controls of the Cessna twin-engine plane on Monday evening when her husband passed out. Another pilot took to the skies to guide Collins to the ground, but she had to land the aircraft herself. 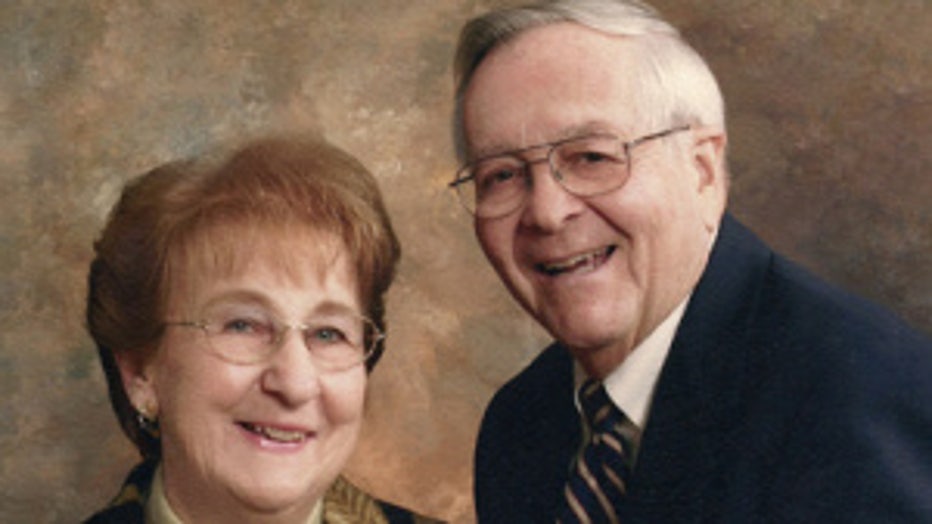 Collins had called 911 from the Cessna prompting air traffic controllers in Green Bay to alert Keith Kasbohm, director of Cherryland Airport where she landed. “The first thing I thought of is, ‘We have to find someone to help talk this woman down,”’ Kasbohm said.

Kasbohm called Robert Vuksanovic, a pilot who lived just a mile from the airport. Vuksanovic jumped in another plane owned by the Collins and flew up to meet the Cessna while instructing the novice on the radio. “He felt it would be easier,” Kasbohm said. “With him alongside of her he could control her speed and altitude” before she attempted a landing.

Kasbohm described Collins as “cool, calm and collected on the radio” as the aircraft made a hard landing and skidded about 1,000 feet before coming to rest. “She must have flown around here about 10 times,” said Torry Lautenbach, whose property is next to the airport. “She did a really good job (landing the plane). It was amazing,” Lautenbach said. “It took one bad hop and then it came back down and skidded.”