Attorney asks for Morales to be reinstated as MPD chief

MILWAUKEE - The attorney representing former Milwaukee Police Chief Alfonso Morales on Wednesday, Oct. 14 filed a legal brief asking for Morales to be reinstated as chief -- just two months after he was demoted to the rank of captain, and subsequently retired.

The 19-page legal brief filed in court against the City of Milwaukee and the Milwaukee Fire and Police Commission (FPC) board alleges the FPC "prejudged" Morales' performance and denied him a fair hearing.

In the document, Morales' attorney Frank Gimbel states that when the FPC, in July, issued 11 directives, which Morales was to comply with within 30 days -- it was like a "booby trap." He added that it "was nothing more than a pretext that the Board set up, anticipating that Morales would not comply with them."

Gimbel said the FPC is authorized to issue directives, but they cannot impose discipline against a chief for failure to follow them.

Still, Gimbel said Morales complied with and responded to the directives. 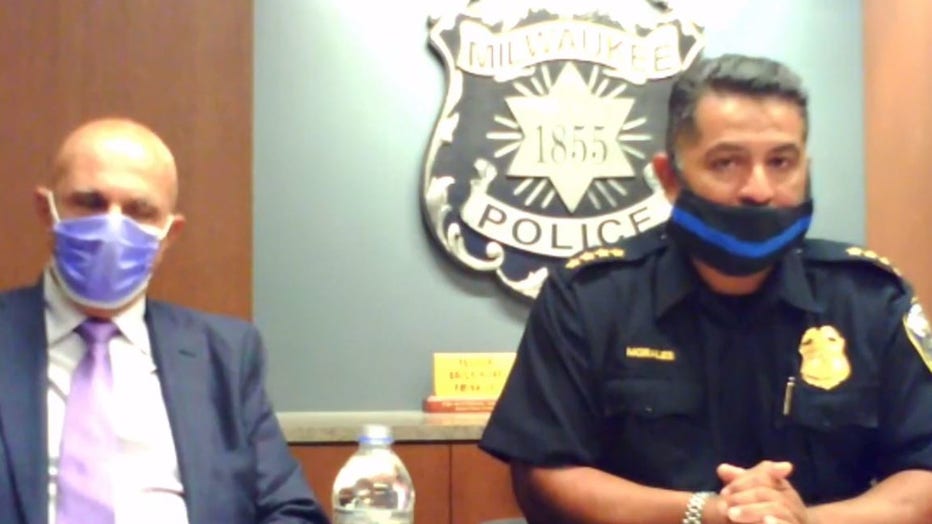 On Aug. 6 during an FPC meeting, the board demoted Morales to the rank of captain. Gimbel said the decision came without "any charges, hearing any evidence or conducting a hearing that met due process standard." He said Morales was never given an opportunity to respond.

Gimbel said the FPC board's decision "cannot stand" and Morales should "be reinstated to his position as chief retroactive to Aug. 6, 2020."

FPC Executive Director Griselda Aldrete responded to FOX6 News' request for comment with the following statement: "As the Executive Director of the Fire and Police Commission, I do not speak on behalf of the Board of Commissioners. We are consulting with the City Attorney's office on this matter and intend to let the process proceed through the courts."

FOX6 News also reached out to FPC board members for comment but did not immediately hear back.

The legal brief filed on Wednesday is part of a larger lawsuit against the city, where Morales is seeking $600,000 in damages for breach of contract, denial of due process and harm to his reputation.

The notice of claim seeks $625,000 in damages for breach of contract, denial of due process and loss of reputation in the community.