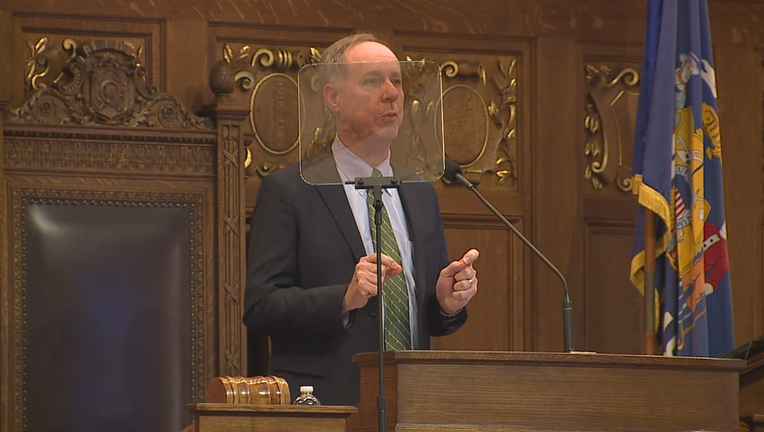 MADISON, Wis. - Wisconsin Assembly Speaker Robin Vos is again limiting who can interact with him on social media two years after a federal judge found he had unconstitutionally blocked a liberal group from following him on Twitter.

The Republican Vos on Sunday criticized Democratic Gov. Tony Evers in a pair of tweets. But he limited replies to those tweets to only the 768 accounts he follows, leaving out his toughest critics.

Vos's office did not respond to questions Tuesday about the tweets.

Two years ago, U.S. District Judge William Conley ruled that Vos and two other Republican lawmakers had violated the First Amendment rights of the liberal group One Wisconsin Now by blocking it on Twitter. That decision cost taxpayers $200,000 in legal bills from the lawmakers.

Conley wrote that Vos and the other lawmakers had created public forums with their Twitter accounts and could not restrict who responded to them based on their political points of view.

One Wisconsin brought its lawsuits against Vos and then-Reps. John Nygren of Marinette and Jesse Kremer of Kewaskum. The three did not contest the judge’s ruling.

After the payment was made, Vos and Nygren signaled they saw no need to put any of their own money toward the legal bill. Nygren and Kremer are no longer in the Legislature.

Madison event calls for unity, conversation after riot in DC

In response to the unrest at the U.S. Capitol, several organizations in Madison held a social distance gathering to promote unity and hold community conversations on recent events across the country.

While 1,116 people have been vaccinated so far — the city's data shows "unaffiliated" groups and individuals in home health care have not yet been reached at a level they're hoping for.