There’s growing concern that college students returning home for Thanksgiving will put their families at risk as coronavirus cases continue to climb in the U.S. and around the world.

As cases surge to record-breaking levels, doctors are providing safety tips for some of America’s best and brightest to help slow the spread of COVID-19.

Dr. Joseph Khabbaza of the Cleveland Clinic said students who attended in-person classes are higher risk of spreading the virus. He said if students plan to return home, they should restrict their activities seven to 14 days before their trip. They should also monitor themselves for any cold-like symptoms such as fever, cough, and body aches. If any student has those symptoms, Khabbaza explained that they should avoid traveling. 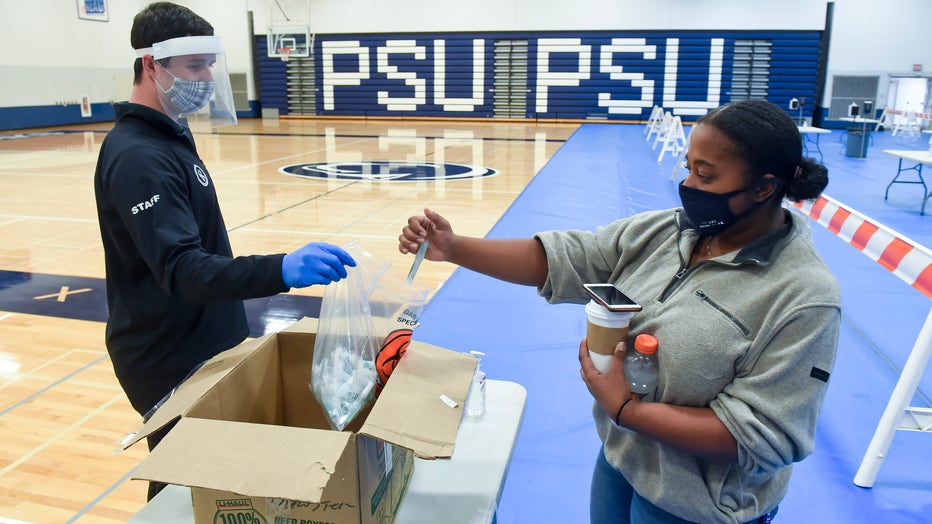 Medical experts also said students should get tested for COVID before traveling if it’s available to them. Face masks, social distancing and frequent hand-washing should also be observed before hitting the road. If a student is unable to isolate themselves before the trip, it’s recommended that they wear a face-covering while at home. A separate bedroom and bathroom are also advised.

“That’s a tough sell to wear a mask at family gatherings,” Khabbaza explained. “But it’s really an extra precaution to protect the most vulnerable.”

The U.S. hit a grim milestone over the weekend when it reached more than 11 million positive coronavirus cases since the pandemic began in March. More than 245,000 people have died in the country, according to Johns Hopkins.

RELATED: US surpasses 11M COVID-19 cases less than a week after topping 10M cases, according to Johns Hopkins

On Monday, Biotech company Moderna announced its potential vaccine is nearly 95% effective in preventing the coronavirus. Monday’s news came days after pharmaceutical company Pfizer announced its experimental vaccine looked to be 90% effective. Both companies are on track to receive Emergency Use Authorization from the Food and Drug Administration in the coming weeks with the hopes of rolling out the first doses soon after approval.

Both vaccines require two shots, given several weeks apart. U.S. officials said they hope to have about 20 million Moderna doses and another 20 million of the vaccine made by Pfizer and its German partner BioNTech to use in late December.

The results are “truly striking,” U.S. government’s top infectious-diseases expert Dr. Anthony Fauci said. “The vaccines that we’re talking about, and vaccines to come, are really the light at the end of the tunnel.”

RELATED: "It's going to be a tough winter," Whitmer enacts new restrictions for 3 weeks in Michigan

However, doctors warn the pandemic remains a serious threat. Several governors and mayors are rolling back reopenings and putting strict restrictions back into place.