MILWAUKEE -- An argument between two persons in an SUV led to a two-vehicle crash on I-41/45 at Swan Boulevard on Saturday, Dec. 15. One of those vehicles rolled over onto its top. 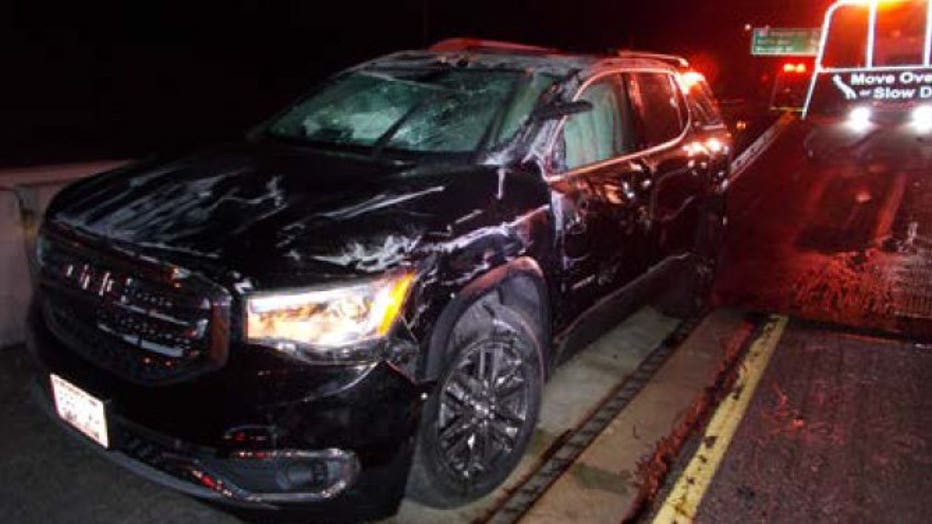 Rollover crash on I-41/45 at Swan Boulevard

The Milwaukee County Sheriff's Office says the wreck happened just before 1 a.m. on Saturday. When deputies arrived on the scene, one of the vehicles, a GMC, was on its roof in traffic. Both SUVs were severely damaged. Officials say two occupants of the Ford Escape were outside the vehicle arguing -- and four occupants of the GMC were climbing out of the overturned vehicle. 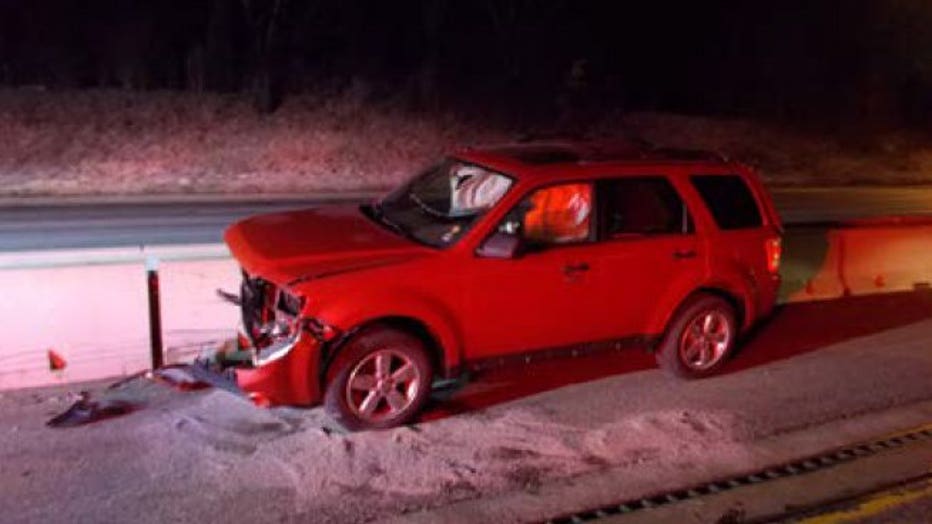 Rollover crash on I-41/45 at Swan Boulevard

According to officials, the driver of the Ford Escape said she was arguing with her passenger, who then yanked the steering wheel, causing them to swerve into the GMC and hit the barrier wall. The driver of the Escape registered a .128 in a preliminary breath test -- and was taken into custody for OWI-1st. The driver's passenger, a 39-year-old Wauwatosa man, was arrested for 1st Degree Recklessly Endangering Safety (RES) and Disorderly Conduct with a Domestic Violence enhancer. If convicted, the Wauwatosa man faces up to 12 years and nine months in prison.

No one claimed any injuries in the crash. However, one woman was taken to the hospital for observation due to her pregnancy.