Arena financing deal: Speaker Vos says he has the votes in the Assembly, but what about the Senate?

Arena financing deal: Speaker Vos says he has the votes in the Assembly, but what about the Senate?

MADISON -- Republican Assembly Speaker Robin Vos says he has enough votes to pass a financing plan for a $500 million Milwaukee Bucks arena that relies on $250 million from state and local taxpayers. It's unclear whether there are enough votes in the Senate.

Vos on Monday, June 29th released the draft of the proposal along with an analysis by the nonpartisan Legislative Fiscal Bureau. It comes nearly a month after the outline of the deal was first announced by Gov. Scott Walker and others.

CLICK HERE to read the draft of the arena legislation

It remains unclear whether the funding proposal will be part of the state budget or a separate, stand-alone measure.

"The Bucks arena is in the budget.  No Democrat is going to vote for the budget.  If they pull it out, that`s a whole other discussion," Sen. Chris Larson (D-Milwaukee) said.

Vos says the budget will not be passed by the deadline -- Wednesday, July 1st. That's the start of the new fiscal year.

Vos hopes to hear from Senate leaders by the end of the week.

The Senate will caucus on Tuesday, with the Assembly meeting on Wednesday.

Democratic support will likely be needed by the Republican-controlled Senate because this issue has divided even the GOP.

“As I have said before, Democratic legislators from Milwaukee and across the state have been open to working with our Republican colleagues to negotiate a deal on the arena that is in the best interest of both the taxpayers and the city of Milwaukee. After a stunning failure of leadership from Governor Walker, it was only last week that Republican Senate leaders were willing to start preliminary discussions about the deal with those who directly represent the communities surrounding its proposed location. Today’s release by Legislative Republicans shows our efforts to bring transparency and public scrutiny to this issue are starting to succeed.

“However, considering Republicans are currently in control of all houses of government, it is absurd that with the budget deadline only two days away, we are just now seeing such a complex budgetary proposal.

“Like many across Wisconsin, I am still going through the details of the proposal. While I am eager to work to get the best possible Bucks deal for Wisconsin, it seems like Walker’s budget overall is a sinking ship and instead of working with Democrats to find a life raft, Republican leaders have abandoned ship.

“Democrats remain willing to work with Republicans on the arena deal, however, it is disappointing that our continuous calls for inclusion have been ignored.”

Vos released the draft just three hours after he put forward a plan to scale back the state's prevailing wage law. Those are two of the larger issues that have led to a monthlong stalemate on passing a new state budget.

Meanwhile, the Milwaukee Business Journal is reporting the preliminary draft of the legislation calls for the Milwaukee Bucks signing a 30-year lease for the new Bucks arena with options to extend the lease by five years.

The preliminary draft also calls for the Bucks to acquire the BMO Harris Bradley Center and its property for an unspecified amount of money. The Bucks would then be responsible for demolishing it, the Milwaukee Business Journal reports.

Highlights beyond the Bucks lease include significantly expanding the Wisconsin Center District’s powers and transferring ownership of the Marcus Center for the Performing Arts.

CLICK HERE for more of the significant provisions from the preliminary draft legislation via the Milwaukee Business Journal. 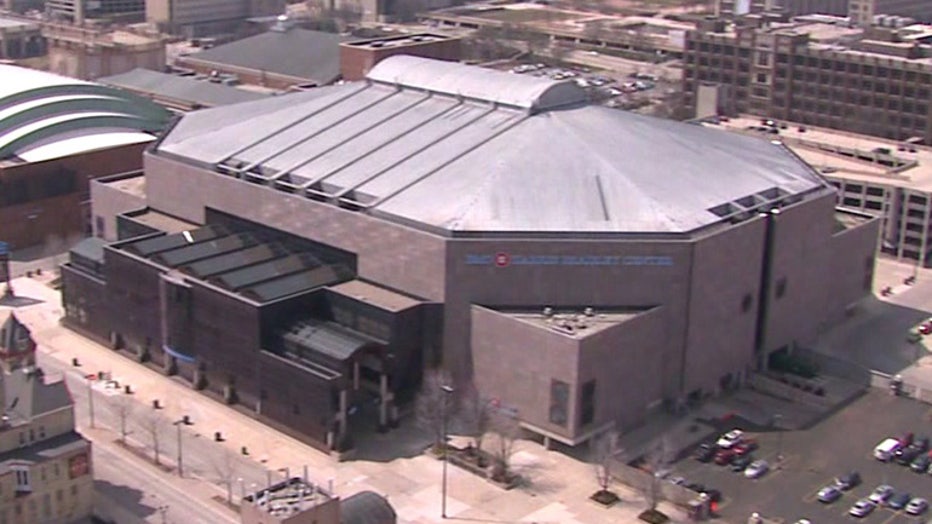