MILWAUKEE -- Top brass from Molson Coors spoke Wednesday night, Feb. 26 about the fatal shooting that unfolded at Milwaukee's Miller Brewery Wednesday afternoon. Milwaukee police said five employees were killed, and the shooter, a Milwaukee man, 51, who was an employee, was found dead from an apparent self-inflicted gunshot wound.

"We're all a family here at Molson Coors in Milwaukee, and this is an unthinkable tragedy for us," said Gavin Hattersley, president and CEO of Molson Coors. 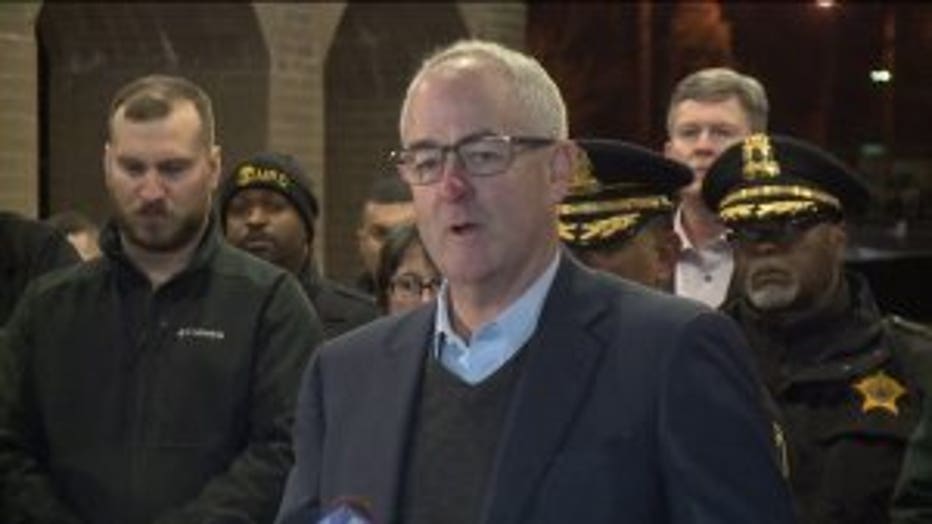 The shooting happened just after 2 p.m. at the Molson Coors Beverage Company -- the old Miller Brewery, where Milwaukee Police Chief Alfonso Morales said more than 1,000 were working at the time. No members of the public were involved. By Wednesday night, police said the scene had been secured, all employees were allowed to go home. The recovery of victims was ongoing.

The shooting happened in the Miller Valley amid Molson Coors' annual conference in Houston. KTRK reported employees, including distributors from across the country, were at the George R. Brown Convention Center in downtown Houston for the three-day conference, which began Monday, Feb. 24, and was being held for distributors. KTRK reported a reception that was planned after the conference was canceled, along with other events, and Hattersley addressed attendees, making them aware of the shooting before flying back to Milwaukee. 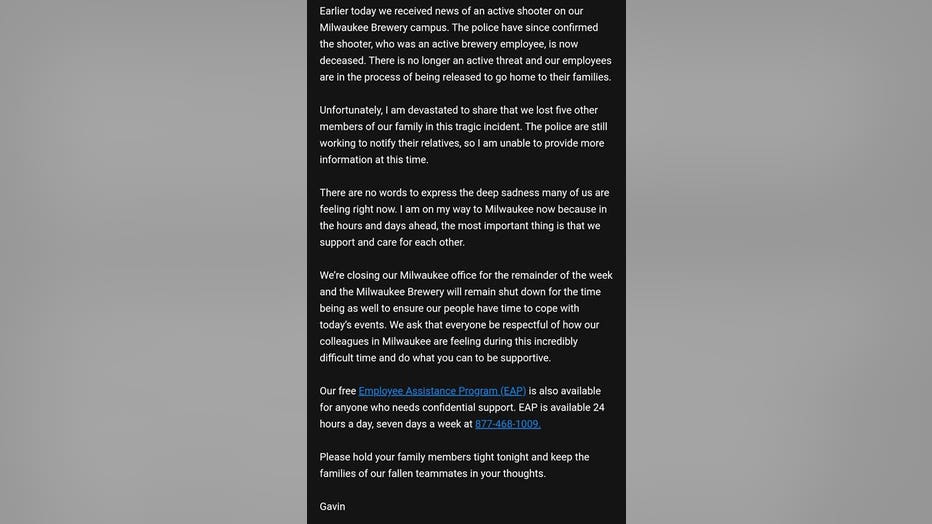 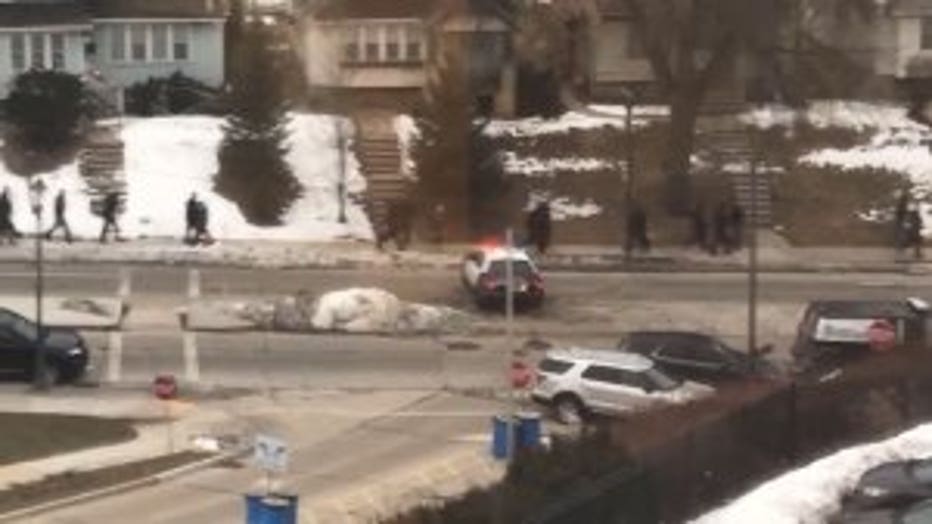 Hattersley said he spoke with employees still on scene when he arrived back in town on Wednesday night, and said, "I'd like to thank them for their bravery."

He noted that "all across Milwaukee and Wisconsin, there are folks that are associated in some way with our employees," and asked that people "stay close with them -- particularly the families of those who lost their lives."

"We are going to require lots of support over the coming days and weeks, and I'd like to thank you for all the support you've already received," said Hattersley. 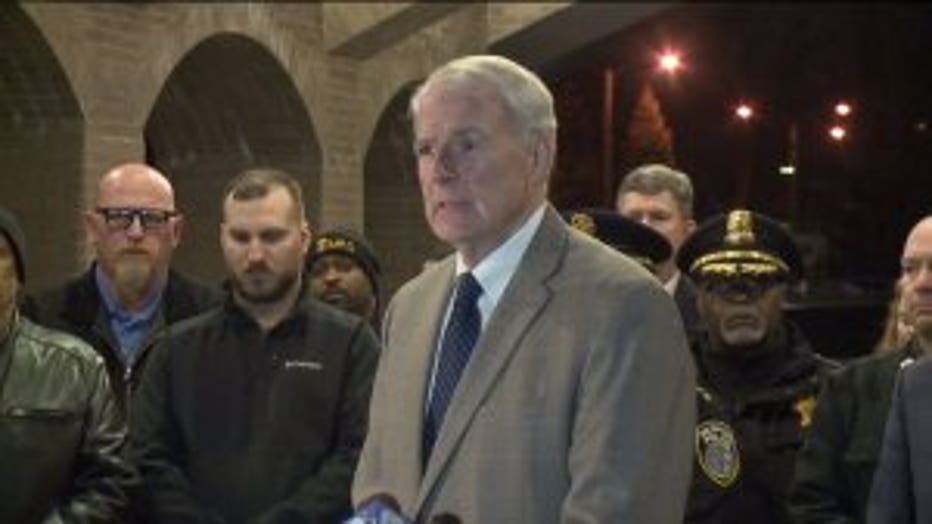 MillerCoors has been one of Milwaukee's most prominent businesses, with a footprint in Milwaukee since 1855.

"This site has been part of the Miller family, the City of Milwaukee for 165 years, and this is the saddest day we've had," said Milwaukee Mayor Tom Barrett. "Union leaders are here to support the families, and doing what every single one of us wants to do -- have a job to support our families. Families are grieving, union brothers and sisters are grieving, the state is grieving. This cowardice act of violence is something that we have to make sure is never repeated in this community, but unfortunately, it's far too common in our city."

Frederick Miller was late to enter the beer market, but his business soared with the development of light beer in Milwaukee. At the time, what is now the Miller Valley, was largely open and strategically placed along the Menomonee River for clean water and ice.

It provided substantial space for growth.

Today, the 80-plus-acre property has more than 70 buildings, including a brewhouse, packaging, and distribution facilities, producing 8.5 million barrels of beer annually.

Molson Coors, which purchased Miller in 2015, announced plans to heavily invest in Miller Lite and Coors Light brands in 2020.

News of Wednesday's shooting brought the Molson Coors distributors' conference in Houston to a halt.

"Gavin just came out," sand an employee. "We were coming out of a break, and just came out and released a statement, and was on his way back to Milwaukee, obviously, to get back to the brewery. Obviously, it's something that's just heartbreaking."

The brewery employs 1,400 people with several hundred jobs on the way after Molson Coors announced plans to re-structure.