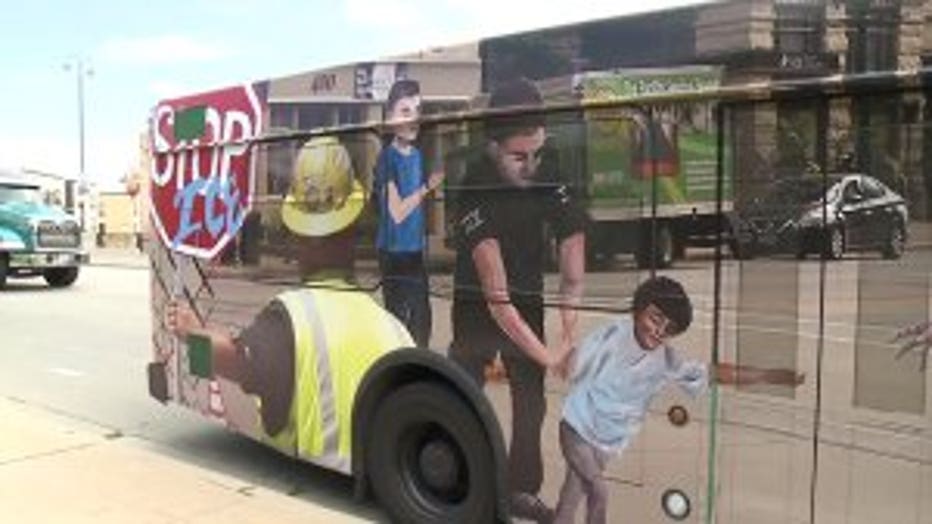 MILWAUKEE -- Artwork on the outside of a Milwaukee County Transit System (MCTS) bus is fueling controversy. It depicts immigration officers detaining migrant families -- and reads, "Stop ICE." Each year, students choose a topic they feel strongly about, but some critics said how they expressed that viewpoint is disrespectful, and the artwork has no place on a county bus.

The bus wrap was created by a group of Milwaukee-area high school students and sponsored by the Milwaukee Art Museum as part of its ongoing teen ArtXpress program. Covered from top to bottom with images of ICE agents separating a mother from her child, the MCTS bus is hard to miss -- and that is the point. 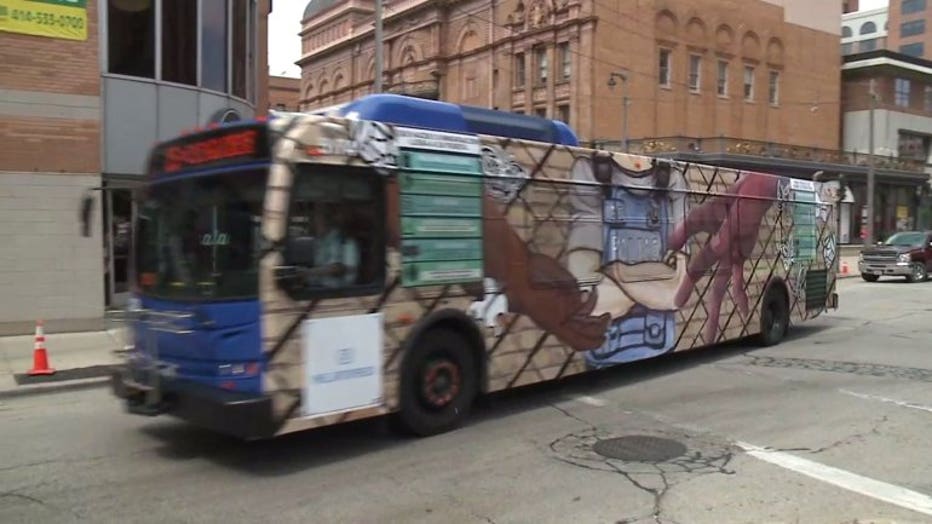 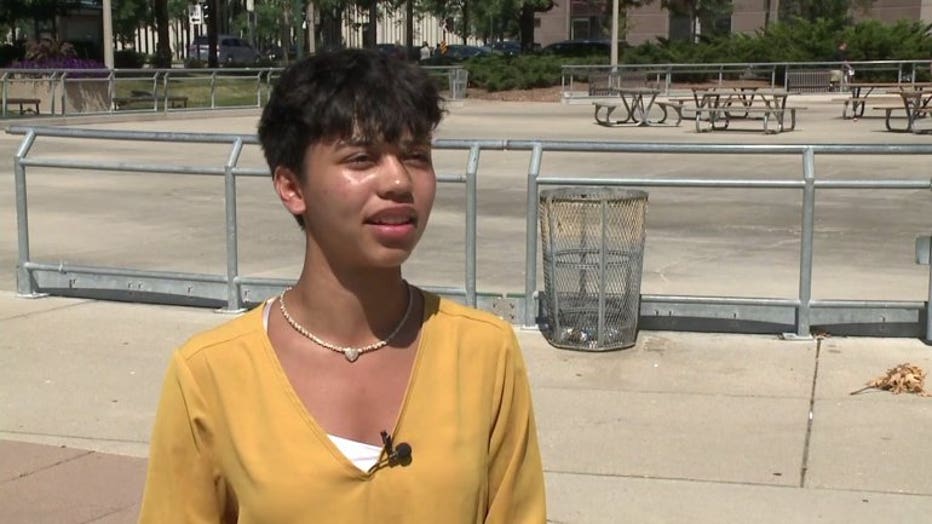 Reyes, one of the student artists behind the piece, said it was inspired by the current immigration issues plaguing our country.

Data from the Department of Homeland Security showed roughly 60,000 people illegally cross the southern border each month. Roughly 2,700 migrant children were separated from their parents during that process in 2018. Right now, undocumented workers are being rounded up in raids from Georgia to California. 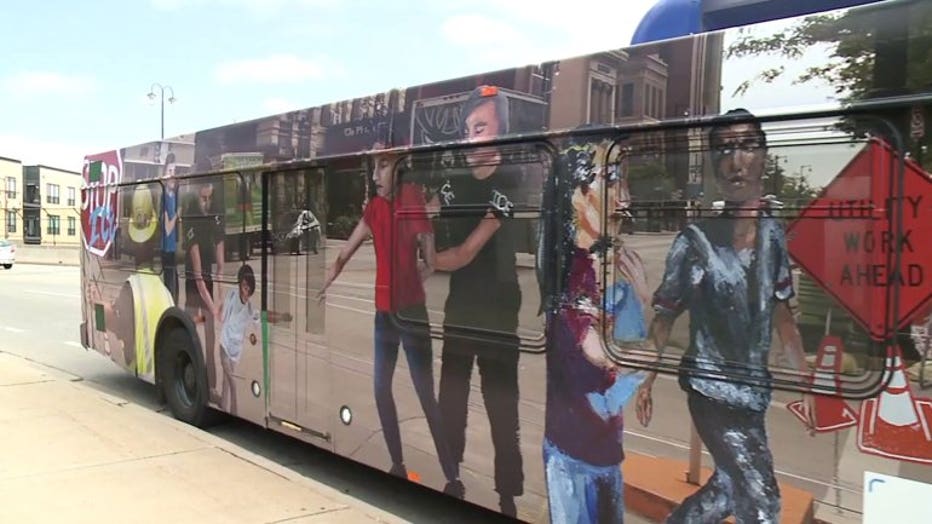 Part of the bus wrap instructs families of their legal rights, should ICE come to their door.

"Their rights to remain silent, rights to a lawyer," Reyes said.

While many applauded the young people for taking a stand, it's a message not everyone supports.

"I think if for anything, it makes people talk about the topic," said Rob Rinka. 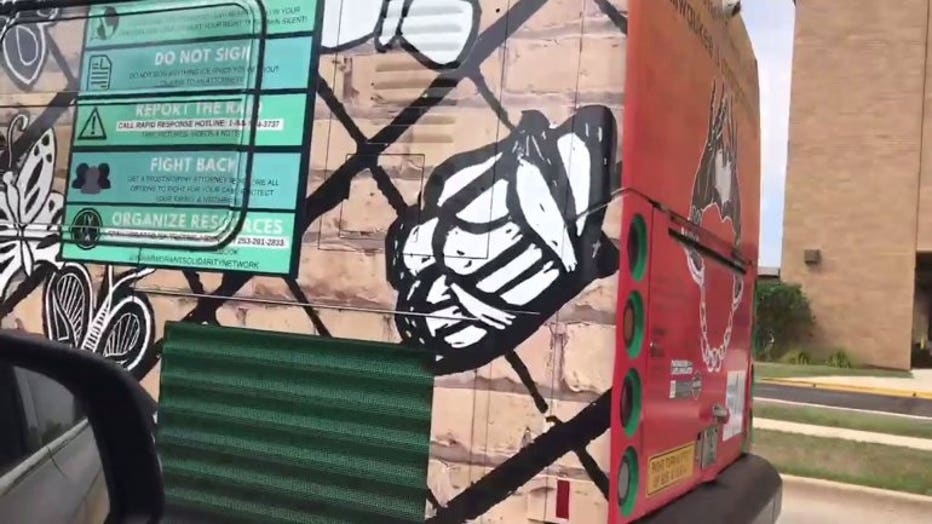 "I feel like them writing on there on how to avoid ICE when they come to your doorstep, I find, as a Milwaukee taxpayer that is paying for that, I find that quite insulting," said Michael Percy of Cudahy.

"I feel like them writing on there on how to avoid ICE when they come to your doorstep, I find, as a Milwaukee taxpayer that is paying for that, I find that quite insulting," said Michael Percy of Cudahy.

Milwaukee County Supervisor Dan Sebring called for the mural to be removed immediately. He described it as an "offensive abomination, and slap in the face of law enforcement officers."

"It's not anti-police at all," Reyes said.

Reyes said the goal wasn't to offend. In fact -- the opposite -- to encourage more understanding.

"We just wanted to show that an immigrant can be anybody," Reyes said. "America was created off of immigrants." 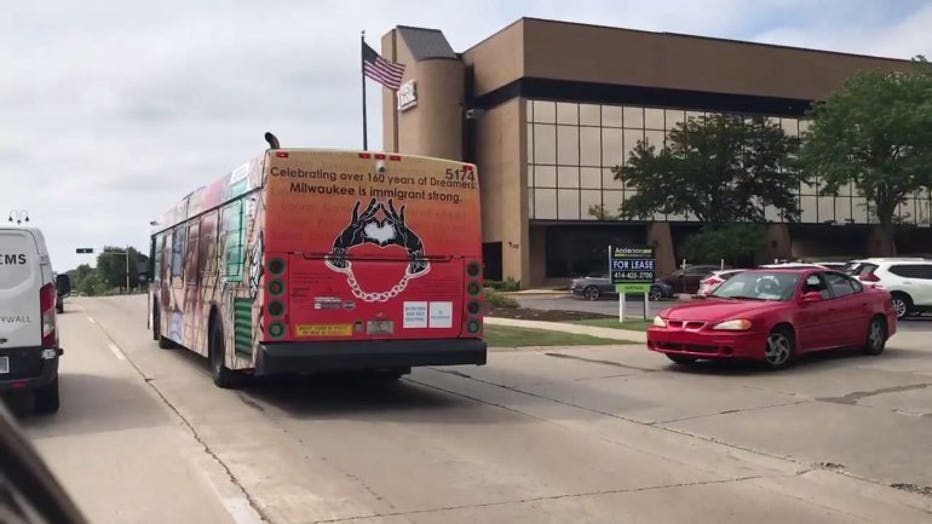 An MCTS spokesman said the Milwaukee Art Museum paid for the ad just like any advertiser. While MCTS staff review ads before they are approved for buses, usually the only kind of content that is rejected includes pornography, profanity, or alcohol consumption.

"I am proud of the students who bravely stood up for themselves and their peers during such a challenging time for our country, and I'm inspired by their art, which draws attention to serious human rights violations occurring under our current administration. I applaud them for using their civil rights to protect the rights of others with this important work.

"Families are being ripped apart by the federal government’s inhumane treatment. Our children in the United States see news images and hear stories daily about youth who look just like them being torn away from their parents—not only at the border but also in their hometowns across the country. I stand with these children whose art speaks out against the uncivil and inhumane policy of separating and detaining migrant families. We must not stop fighting to keep families together."