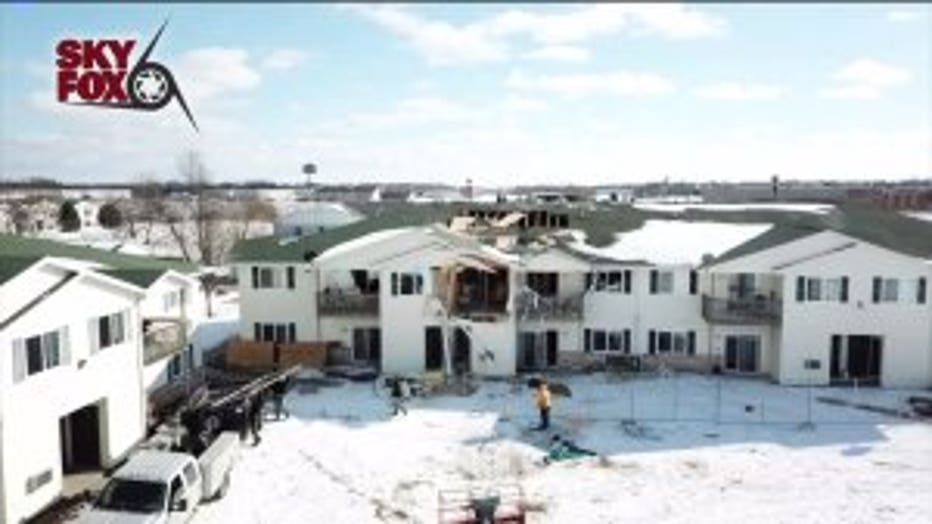 BEAVER DAM -- The building where an explosion happened at an apartment complex in Beaver Dam will be demolished, and the 30 or so people that called Building #109 home will have to find a new place to live.

Beginning Friday, residents that lived in that building will be able to collect their belongings.

The Dodge County Sheriff's Office on Thursday, March 8 released 911 calls that came in Monday when there was a deadly explosion at the Village Glen apartment complex on Knaup Dr. Additionally, we learned the American Red Cross assisted more than 100 residents displaced by the blast.

Kathy Hagen said Thursday she has a lot to be thankful for, despite learning her apartment building will be destroyed. 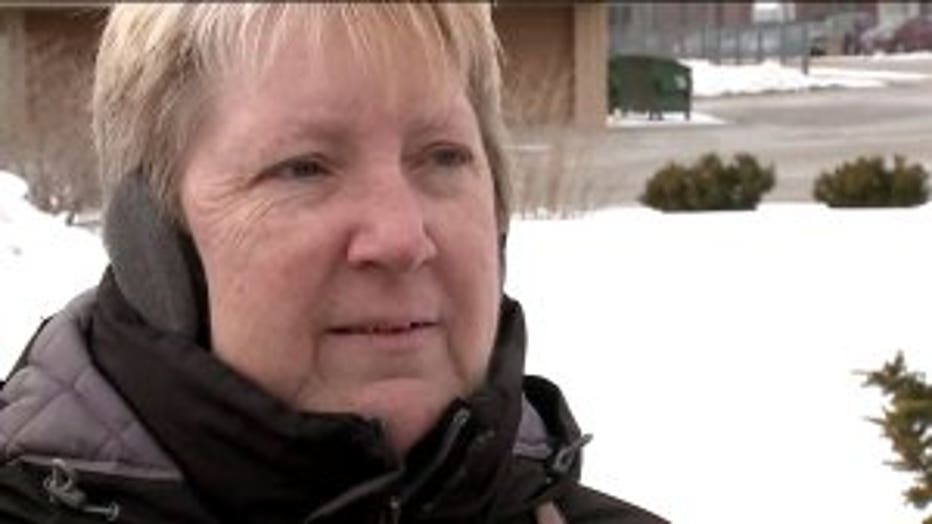 "My daughter and I walked away. My dog, the cats, everybody in the building walked away. It was only his apartment and him," said Hagen.

The Village Glen resident was inside her unit in Building #109 Monday when the unit kitty corner to hers blew up.

"The wall just pulsed out. The pictures flew off the wall. My TV started rocking back and forth. The coffee table moved, and my daughter and I were kind of like thrown, like somebody had pushed us," said Hagen.

Unsure what happened, Hagen was one of several who quickly dialed 911. 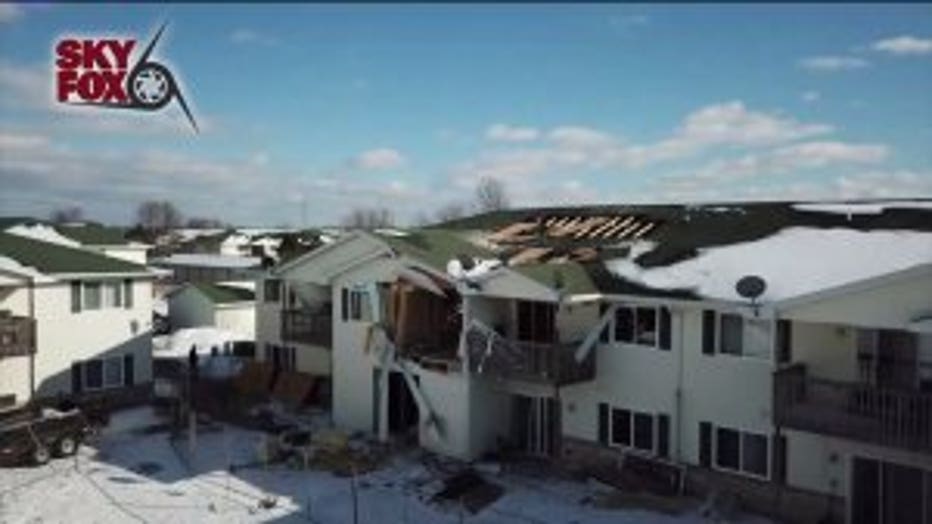 Hagen said the man who died in Monday's explosion moved in within the past couple of months and rarely said a word to her.

"But one thing I do remember is, 'cute dog,' nd now in hindsight, he had every intention of blowing my little dog up," said Hagen.

Beaver Dam authorities on Wednesday conducted a controlled detonation of volatile chemicals contained within an apartment where an explosion happened on Monday. By Wednesday night, some were able to get back into their homes.

"They were improvised, explosive materials with a variety of chemicals that gave us great pause," said FBI Special Agent in Charge Justin Tolomeo.

Displaced residents and neighbors gathered on Wednesday about 1,000 yards back from the battered apartment building. They were there to witness the detonation. 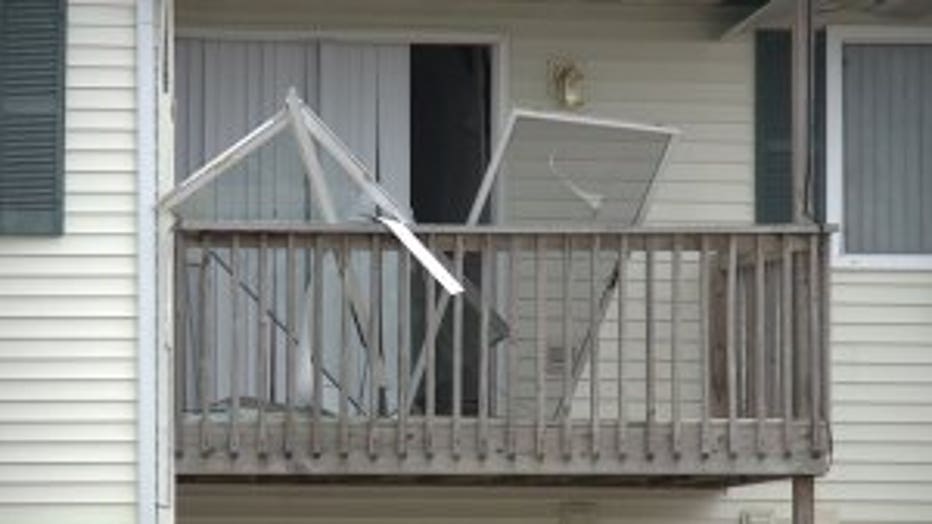 Since Monday, Beaver Dam police, the Dodge County Sheriff's Office, the FBI and the ATF have been investigating an explosion that happened inside the Village Glen apartment complex. Police said the blast killed a man in his late 20s. That man's body was removed from the apartment on Tuesday evening. He has yet to be positively identified.

Officials said there was great concern over the materials found inside the apartment.

"We found a significant amount of highly volatile, homemade explosives," said Police Chief John Kreuziger. "These materials are so sensitive they cannot be handled and they cannot be removed from the affected apartment unit."

The controlled detonation happened at 1:31 p.m. in Beaver Dam. Officials said vents had been cut into the roof of the apartment and sandbags were placed in the apartment to direct the impact of the anticipated detonation. Doors, windows and patio doors were all boarded up.

Once the detonation happened, a fireball was sent through the apartment building -- and visibly rocked the rest of the building. The fire was immediately extinguished by the Beaver Dam Fire Department.

Tenants of other buildings in the complex were evacuated -- many of them allowed to return home for the first time Wednesday night. 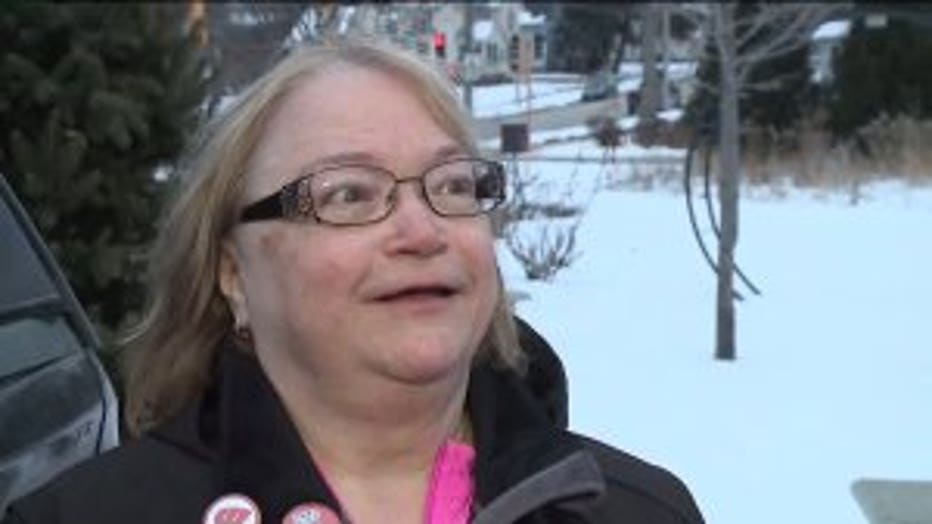 Nancy Baisden was one of about 80 who learned they'd be able to sleep in their own beds once again.

"When somebody comes to your door and tells you 'you have to get out now,' it's just so hard to know, what do I grab?" said Baisden. "They told us that it's safe to go back to our apartments, and I'm really happy about that."

Baisden was at home in Building #111 Monday afternoon when the explosion from Building #109 rocked the complex.

"It was very similar, to me, to a sonic boom," said Baisden. 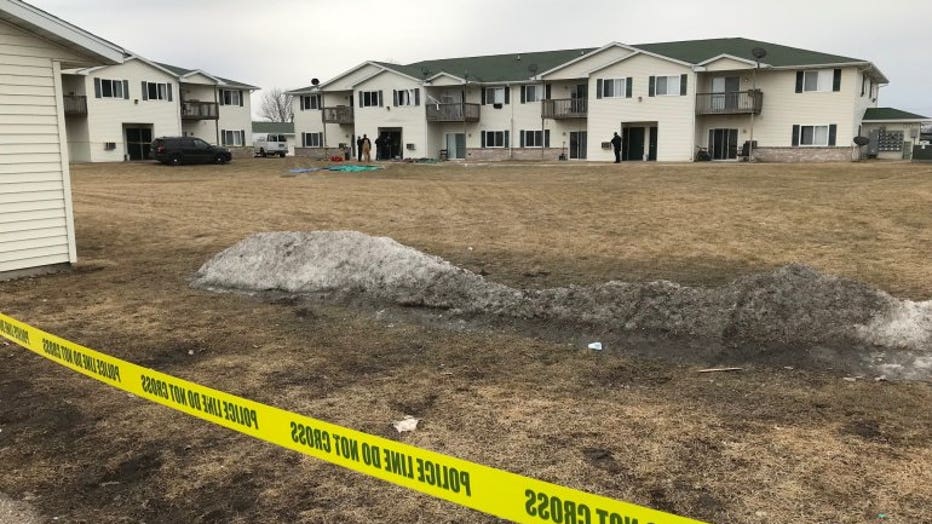 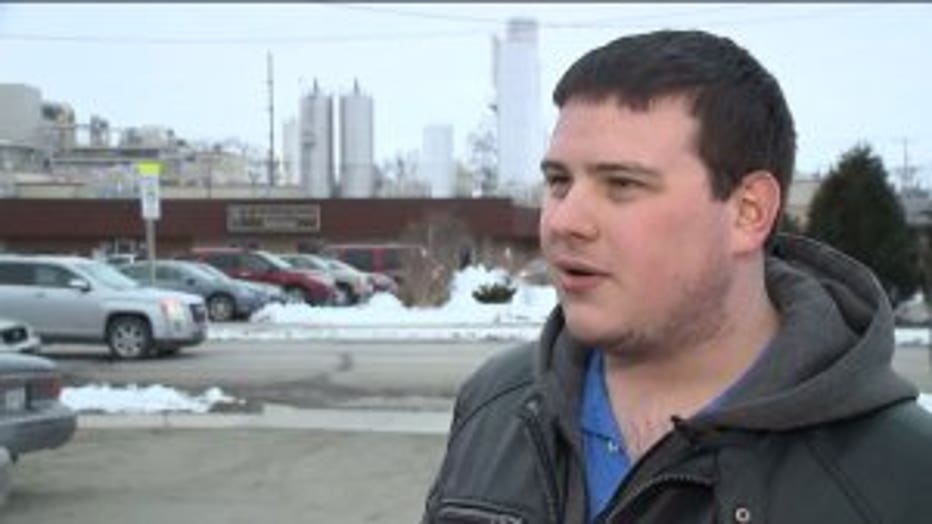 The question that remains is, why were such lethal chemicals inside the apartment building in the first place?

"Apparently the guy who lived there moved there only a few months ago," said Anthony Smiljanich.

The Beaver Dam Police Department is working closely with Dodge County Sheriff, FBI, ATF, DCI and Dane County Sheriff's Office. It is believed the explosion on Monday was accidental.

Dodge County Emergency Management has opened an account at the Horicon State Bank to assist the residents that have been displaced from Knaup Drive apartment building number 109. The name of the account is Dodge County COAD / Beaver Dam Apartments. Donations can be made at any Dodge County Horicon Bank Location. The funds will be for the 109 Knaup Dr. Apartment Residents ONLY. 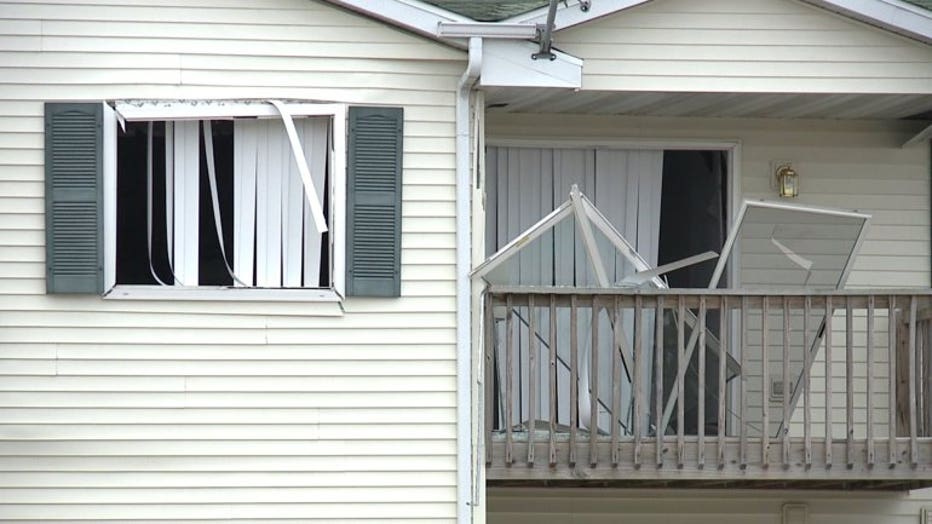