GM on Tuesday rolled out the next generation of its big truck-based SUVs with more space and features. They're also heavier with only a small improvement in gas mileage.

The 2021 Chevrolet Tahoe and Suburban will come out in the middle of next year. They'll be longer and weigh more, because customer research showed a need for more interior space.

“People wanted a greater ability to haul families and their cargo, so that was the baseline that set our decision-making process,” said Dwight Schoenefeld, lead development engineer on the SUVs. 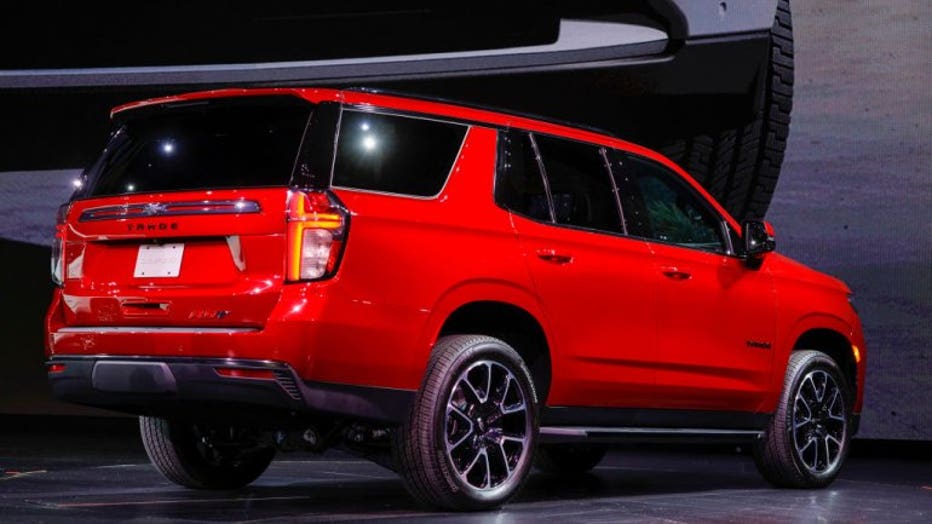 But Dan Becker, director of the Safe Climate Campaign, a Washington environmental group, said GM and other automakers spend billions on advertising to convince people to buy the thirsty and highly profitable trucks and SUVs.

“GM claims that they are merely meeting consumer demand for gigantic vehicles, but most consumers don't use their pickups and SUVs for lumber and machinery but to haul lattes home from Starbucks,” he said.

Both also will have more legroom in the third-row seats, making them more comfortable for adults, GM said. 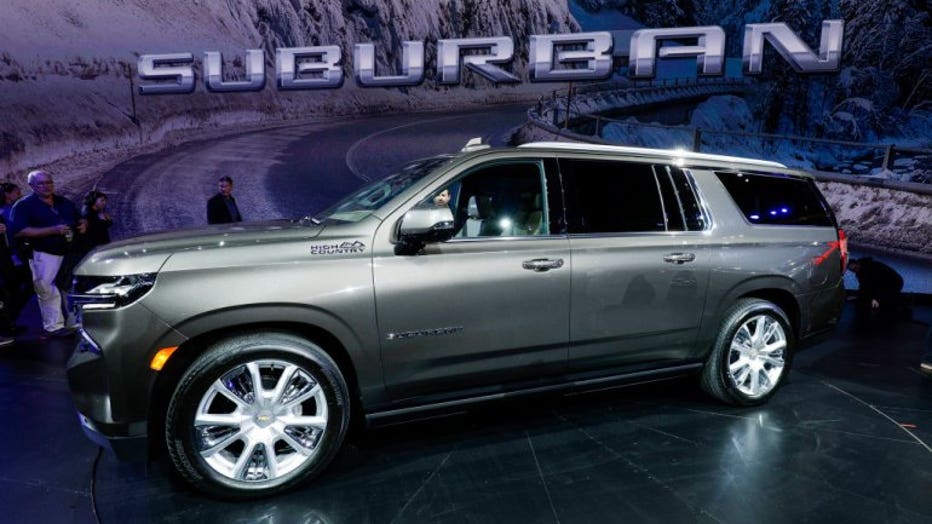 DETROIT, MI - DECEMBER 10: The new 2021 Chevrolet Suburban High Country is shown on stage after it was revealed by General Motors at Little Caesars Arena on December 10, 2019 in Detroit, Michigan. (Photo by Bill Pugliano/Getty Images)

The Suburban and Tahoe also get a raft of new features including standard automatic emergency braking and a 10-inch touch screen. A new air suspension with optional magnetic ride control improved the handling and ride, GM said.

Yet even with the additions, mileage will get “incrementally” better, Schoenefeld said. GM said it doesn't have government-certified mileage numbers yet. All versions will have 10-speed automatic transmissions, more efficient than the current six-speed gearboxes. GM will offer a 355 horsepower 5.3-liter V8, a 420 horsepower 6.2-liter V8 or a more efficient 277-horsepower, six-cylinder 3-liter diesel engine. 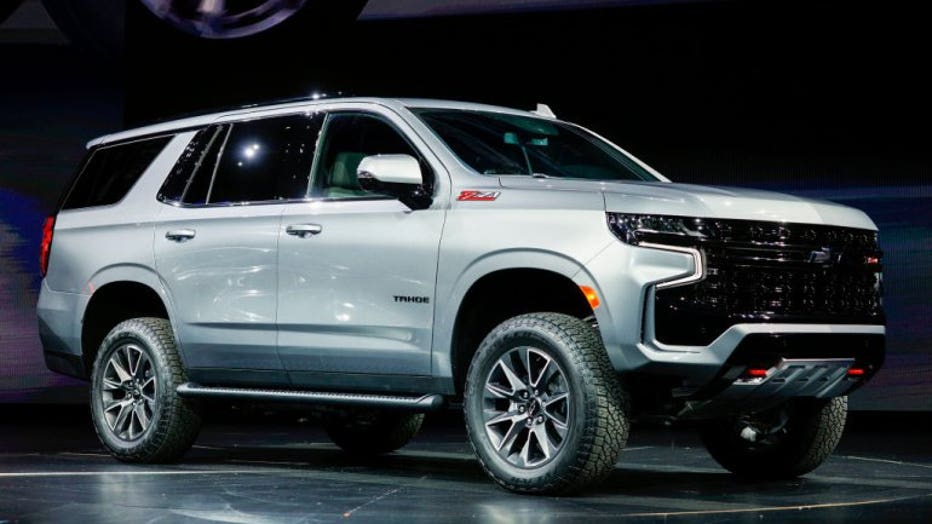 The new SUVs, unveiled Tuesday night at an arena in Detroit, also will get stop-start technology that shuts off the engine at stop lights, and the engines will be able to run on as few as two cylinders to save fuel.

Currently, the GM SUVs are among the least-efficient new passenger vehicles on the road, and the mileage hasn't improved much in the past decade. For instance, a two-wheel-drive Tahoe in 2010 with a 5.3-Liter V8 engine and six-speed transmission got 15 miles per gallon in the city and 21 on the highway, according to the fueleconomy.gov website. The 2020 version of a two-wheel-drive Tahoe with the same engine and transmission got the same city mileage but improved by one mpg on the highway.

Edmunds.com analyst Jessica Caldwell said climate change may be a concern for some buyers of truck-based SUVs, but it's not the biggest factor. Most big SUV buyers, she said, need space and towing capacity.

"As long as fuel prices remain relatively low, buyers are less likely to go out of their way to seek alternatives,” she said. Edmunds provides content to The Associated Press.

The overwhelming majority of climate scientists, organizations of professional scientists and peer reviewed research show that heat-trapping gases from burning coal, oil and gas are causing the climate to change with worsening weather extremes, rising seas and changes in ocean chemistry. The Nobel prize winning Intergovernmental Panel on Climate Change and the U.S. National Climate Assessment calculate that nearly all the warming — nearly 2 degrees (1.1 degrees Celsius) globally since the late 1800s — is from greenhouse gases. The five hottest years on record are the last five years with this year on pace to be the second warmest, after 2016, according to U.S. science agencies.

Transportation accounts for 23% of global heat-trapping carbon emissions, the Panel on Climate Change found in a 2014 report.

U.S. government fuel economy standards haven’t forced mileage of truck-based SUVs to improve very much, said John German, a senior fellow with the International Council on Clean Transportation. Big trucks only have to improve about 1.5% per year from 2017 through 2021, versus about 4% for cars, he said.

Under the regulations, which are likely to be frozen by the Trump administration at 2020 levels, GM doesn’t have to hit 1.5% for every truck model because they are weighted by sales numbers and can be offset with improvements in other areas, he said.

GM, Caldwell said, has dominated the non-luxury big SUV segment over the years with entries from Chevrolet and GMC, which will introduce its versions later. U.S. sales of big SUVs shot up in 2016 and have stayed above an annual pace of 340,000 per year ever since.

GM also has promised 20 fully electric vehicles globally by 2023. But it also has been criticized for siding with the Trump administration in a fight with California over the state setting its own emissions and fuel economy standards.