MILWAUKEE -- A driver was arrested after a pursuit ended in a crash near 35th and Clarke Tuesday evening, July 23.

Officials with the Milwaukee County Sheriff's Office said around 7:45 p.m., deputies attempted to stop a vehicle for reckless driving near Capitol Drive and Teutonia Avenue -- when the driver refused to stop. A pursuit ended in a crash near 35th and Clarke -- where officials said the suspect vehicle struck another vehicle.

The driver who was arrested was identified by MCSO officials as James Jackson. He suffered minor injuries in the crash, and was taken to the hospital for treatment.

Following medical treatment, sheriff's officials said Jackson was arrested for fleeing/eluding and first degree recklessly endangering safety. He was also being held on a warrant from the Wisconsin Department of Corrections. 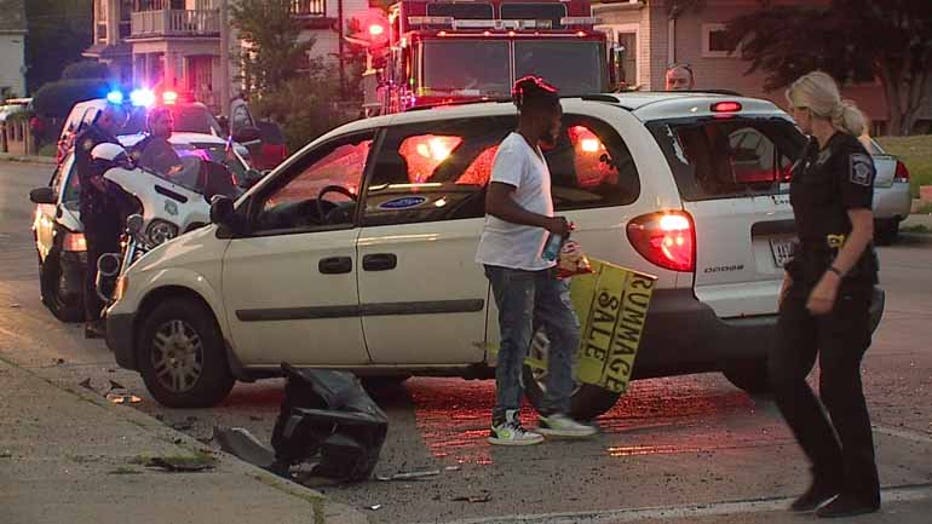