Protests continue leading up to DNC

People from across the U.S. have traveled to Milwaukee to protest, hoping to have their voices heard despite a mostly-virtual Democratic National Convention.

MILWAUKEE - People are flying into Milwaukee from across the country for the Democratic National Convention, not to participate in it, but to protest during it.

On Saturday, Aug. 15, a small group with a mighty message was in downtown Milwaukee.

"To address the abortion extremism that emanates from that institution," said Terrisa Bukovinac with Democrats for Life of America. "We are Democrats, and we want to see our party actually represent the majority of Democrats."

While the format of the convention has changed -- now almost entirely virtual -- Bukovinac said the organization still wants its message heard.

"We came here despite it being virtual because there is really no other way for this story to be told," Bukovinac said. 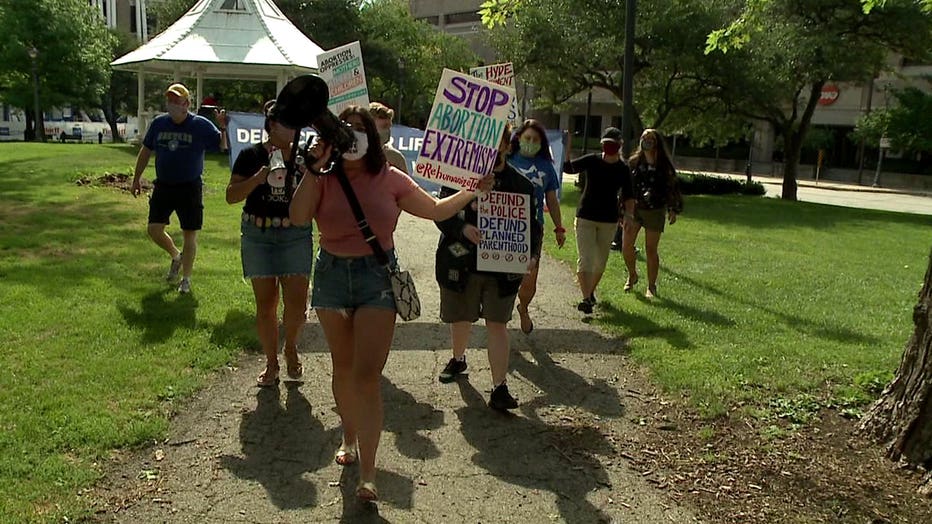 Protesters march in Milwaukee ahead of the Democratic National Convention (DNC)

Groups also marched to the Wisconsin Center to promote social and economic justice for all.

Herb Geraghty, the director of outreach for Rehumanize International, has protested outside of both the DNC and the Republican National Convention in the past -- encouraging people to make change.

"We need people who believe in pro-life running for state and local offices," Geraghty said. "When we win there, we can win at the national level."

Protesters said marches are just the beginning of efforts to get their message out. They are ramping up their efforts for Monday, Aug. 17 when the convention officially starts.

The coalition plans to hold a virtual caucus on Monday, Aug. 17 at noon and has one or two more protests scheduled before then.