Former Milwaukee Police Chief Alfonso Morales will retire from the department following his demotion to captain by the Fire and Police Commission last week.

Franklyn Gimbel telling FOX6 Morales has filed his retirement papers with the city, and intends to retire from the police department. Morales was demoted to the rank of captain by the city’s Fire and Police Commission on August 6 for the department’s role in response to protests that began following the death of George Floyd. 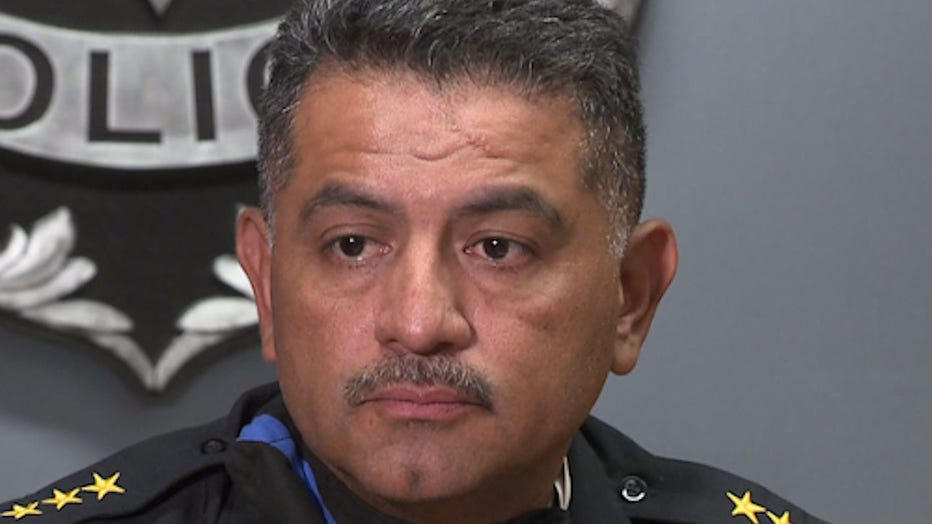 “Since that day (former Chief Alfonso Morales) has reviewed all of the financial consequences of moving to the rank of captain and he’s made the decision to retire from the Milwaukee Police Department and he has filed his papers towards that end,” Gimbel said when reached by phone Wednesday. “Nonetheless, he has authorized my office — on his behalf — to challenge the behavior that the commission exhibited by bringing about his demotion at their meeting on August 6.”

The possibility of disciplining Morales came after he ordered officers to use tear gas to break up protests over George Floyd’s death. Those actions marking the last straw for some FPC members who were upset over how Morales has handled incidents since the 2018 arrest of Milwaukee Bucks player Sterling Brown. 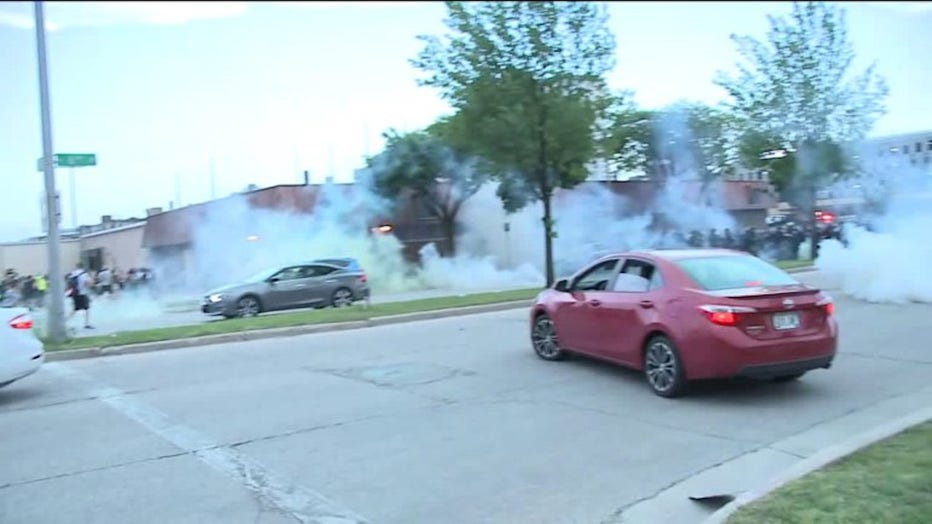 Gimbel said he intends to have a circuit court review the circumstances surrounding Morales’ demotion by the FPC, as well as filing a claim of monetary damages with the city for cancellation of his employment contract, and exploring the possibility of bringing a federal civil rights suit against the city and FPC, alleging Morales’ constitutional rights were violated in the reduction in rank.

“As you may recall, at the meeting, only members of the commission gave a kind of ‘casual’ comments about their own views about the chief’s lack of performance, ignored the volumes of information that he had provided according to the directive, that day, and moved on with what we believe to be illegal action,” Gimbel said.

“The fire and police commission is behaving like a train wreck. They seem to have total disregard from any and all rules, regulations, statutes that govern how they’re supposed to behave as a public body. And there’s going to be a day of reckoning and what they did to Chief Morales may certainly be the vehicle upon which that reckoning will be brought to them.” 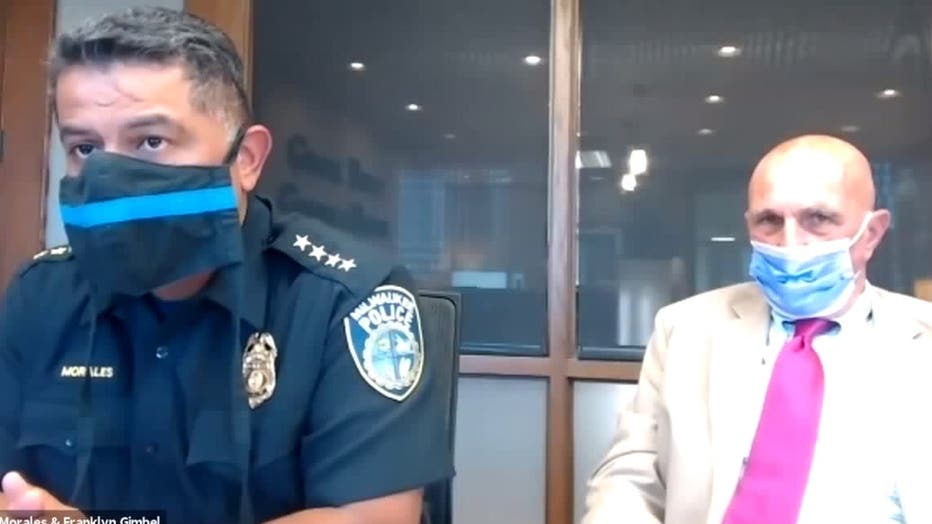 Assistant Chief Michael Brunson was sworn in as the department’s acting chief last Friday. However, Brunson’s tenure in that position may not be for long. The FPC announcing Wednesday afternoon it intends to start, immediately, a local and national search for a new top cop.

In a release announcing the search, the FPC saying it stands “together in our decision to change leadership during these critical times – of not simply unrest – but of civil rights movement” and that the search process will include community engagement, and a large pool of candidates to choose from, before any decision is made.

The citizen oversight board of the fire and police departments has been beset with a series of ongoing issues, from the announced resignation of its executive director to the replacement of the commission’s chair. 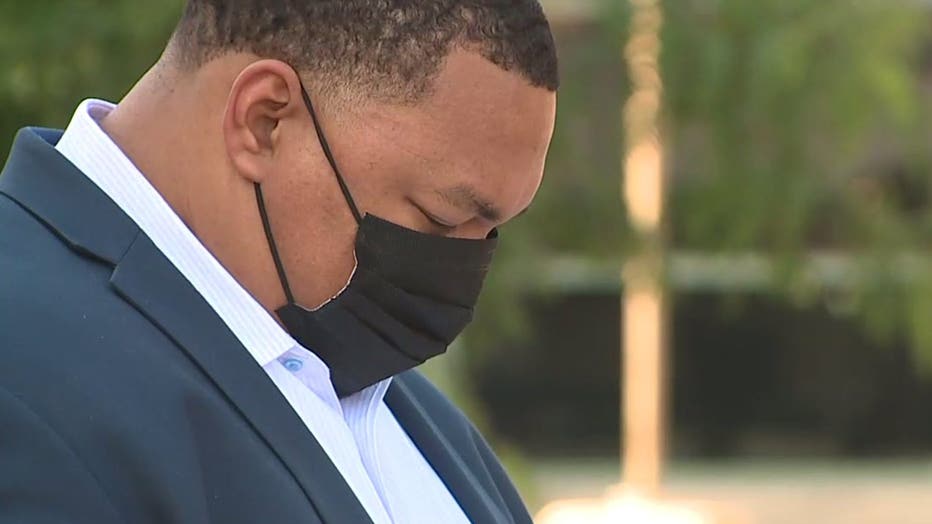 Commissioner Steven DeVougas was removed as chair of the Fire and Police Commission during last Thursday’s meeting, with commissioners voting unanimously to appoint Commissioner Nelson Soler to the role. DeVougas is the subject of an ethics probe, launched by the city’s ethics board last month, to look into whether DeVougas broke ethics violations.

DeVougas was the subject of an internal investigation stemming from his representation of a local developer who was under criminal investigation. The Milwaukee Police Association said DeVougas acted as the defense attorney for the man accused of sexual assault, which was investigated by Milwaukee police, hence the conflict, because the FPC oversees the department.

Following Morales’ demotion Thursday, Milwaukee Mayor Tom Barrett said he is going to do everything he can to restore transparency in the process and restore respect within the FPC, and the Milwaukee Police Department.

"I am not happy with what happened tonight at all. I am angry at what happened tonight because what the commission did was at the last minute amend the hearing notice and took this action tonight,” Barrett said. "What we need in this city now more than ever, is we need a Fire and Police Commission that is respected, and we need a police department that is respected by our citizens." 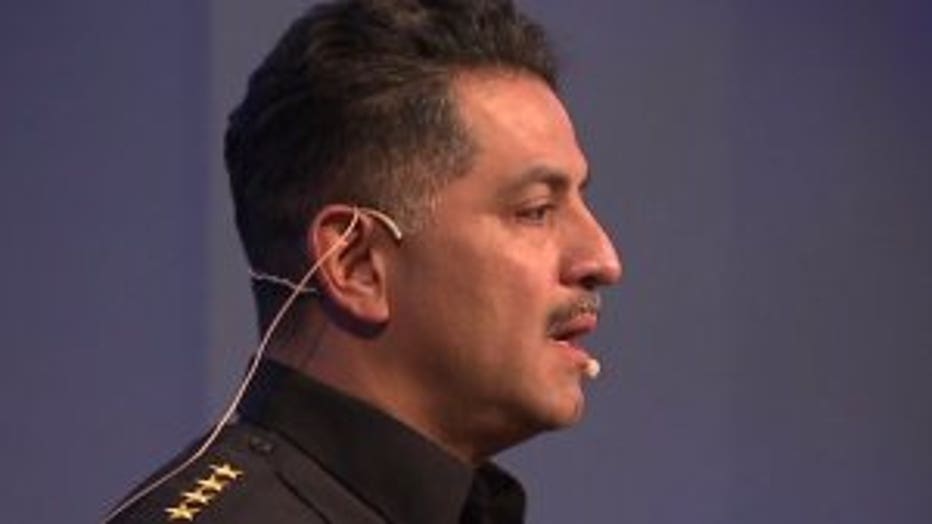 Morales is Latino and the majority of the commissioners are Black. Morales’ relationship with the board has deteriorated since it named him to the post in February 2018.

Gimbel said problems began when officers arrested Bucks player Sterling Brown for parking illegally in January 2018. Officers swarmed the Bucks guard and used a stun gun on him when he didn't remove his hands from his pockets.

DeVougas, who is Black, told Morales to fire one of the officers involved but Morales refused, the attorney said.

“From there it got stressful," Gimbel said. “DeVougas viewed him as not being a team player."

The imbroglio surrounding the FPC also leading to its executive director not seeking reappointment.

Early last month, Executive Director Griselda Aldrete withdrew her name from consideration, citing a city hall climate of “political point-scoring and conflict” and the “looming threat of a politically-motivated hold” of her appointment, as well as that of other cabinet members.

Aldrete was reappointed to the position by a subcommittee in June. She intends to remain in the post until a successor is found.

In her resignation letter, Aldrete saying she won’t allow herself, or the work of the FPC, to become a casualty of “political brinkmanship”.

A local and national search is underway for Milwaukee's next police chief.

Acting Chief Michael Brunson said he wants to first listen to the public, setting up an email address where he hopes to hear from the people of Milwaukee.