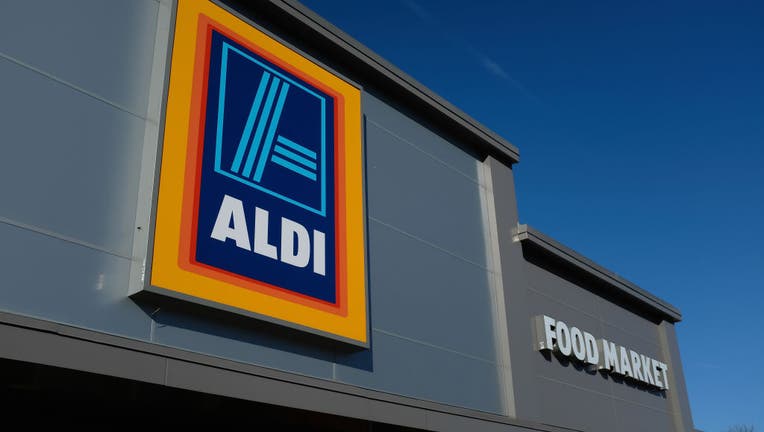 BATAVIA, Ill. - Aldi is warning customers of a fake advertisement circulating on social media that claims to offer free groceries ahead of the holidays.

The post, which has since been removed, was shared by a fake Facebook page called “Aldi Store.” It asked customers to share and comment on the post to get a “Christmas Food Box” delivered to their home containing $75 worth of groceries, as well as a $25 Aldi food voucher.

The post claimed to be a message from Aldi USA’s CEO and asked customers to visit a link in order to validate their entry.

"My name is Jason Hart and I'm the CEO of Aldi Inc. To celebrate our 75th birthday, Every single person who shares and comments by 5 PM Sunday will get one of those Christmas Food Box delivered straight to their door on Monday 30th November."

Woman shatters hundreds of bottles of alcohol in supermarket

A woman was caught on video shattering hundreds of alcohol bottles inside of an Aldi supermarket the day before Thanksgiving, causing hundreds of thousands of dollars in damages.

The real supermarket chain’s Facebook page also has a verified check mark, and confirmed that the offer was fake.

"Hey ALDI fans! Looks like another Facebook scam is making its way around. We can confirm it is a scam and the page has no affiliation with ALDI. We're sorry for any confusion this may have caused!" the discount supermarket chain wrote.

The statement added that the company had been working with Facebook to get the fake account removed, but asked customers to help.

“Please share this post to help us spread the word and always be sure to look for the blue check mark by our name for authenticity,” the post said.

In 2019, a similar hoax claiming to offer free groceries from Kroger was also widely circulated. A Facebook post from an account disguising itself as the grocery chain under the name “Kroger.com," instead of Kroger's real Facebook page name "Kroger," offered an entire year of free groceries to “four lucky families” who shared and commented on the post.

“Despite several posts out there, Costco is NOT giving away $75 coupons,” Costco wrote in a post last year. “While we love our fans and our members, this offer is a SCAM, and in no way affiliated with Costco. Thanks to our fans for letting us know about this recurring hoax!”