MILWAUKEE (WITI) -- The Milwaukee County Medical Examiner's Office reports that Milwaukee Alderman Joe Dudzik had a blood alcohol level of .137 and the medical examiner's report says speed was a factor in the motorcycle crash that led to his death on the city's southwest side late Thursday, May 21st. 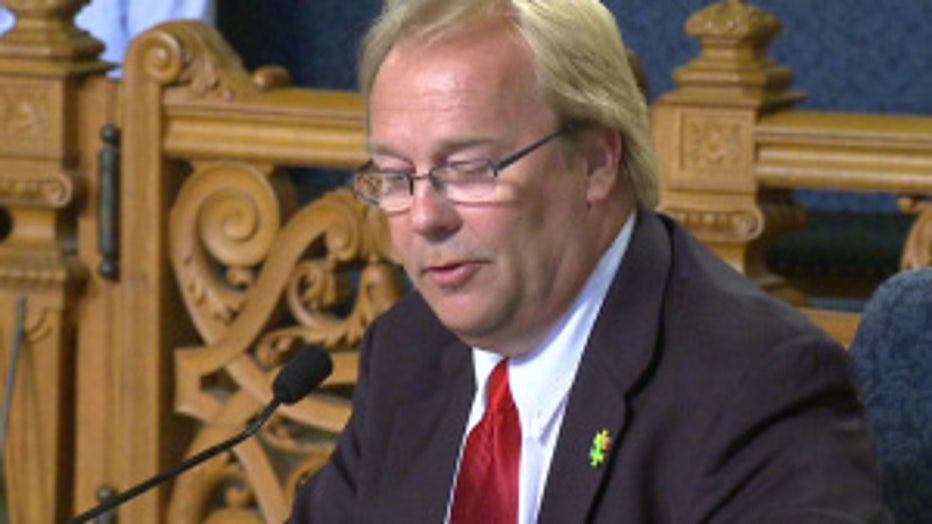 Officials say the accident happened around 11:25 p.m. on W. Morgan Ave. just east of S. 76th St. The posted speed limit there is 30 miles per hour. Police say Dudzik, 56, was riding his motorcycle when he struck barricades warning of a construction site. The medical examiner's report says Dudzik flew off the cycle and landed 75 feet away. He was taken to a hospital where he died from his injuries. Dudzik was not wearing a helmet.

The Alderman's wife, a family friend and mother came to the scene Friday morning trying to make sense of what happened. Joe Dudzik's wife, Lynn, tells FOX6 News she got a text from her husband about an hour before the crash, saying he was going to drive home slowly due to the rain.

Dudzik was on his way home from a town hall meeting at Hamilton High School, his alma mater, and he stopped at 'Bike Night' at the Harley-Davidson Museum.

At 2 a.m., Lynn Dudzik says police were at her door. Milwaukee Common Council President, Mike Murphy, was with them, telling her that her husband and the father of their two children, did not survive.

"I know his wife Lynn, Jeffrey, Jake will miss him deeply. His proudest accomplishment would be his family," said Murphy. 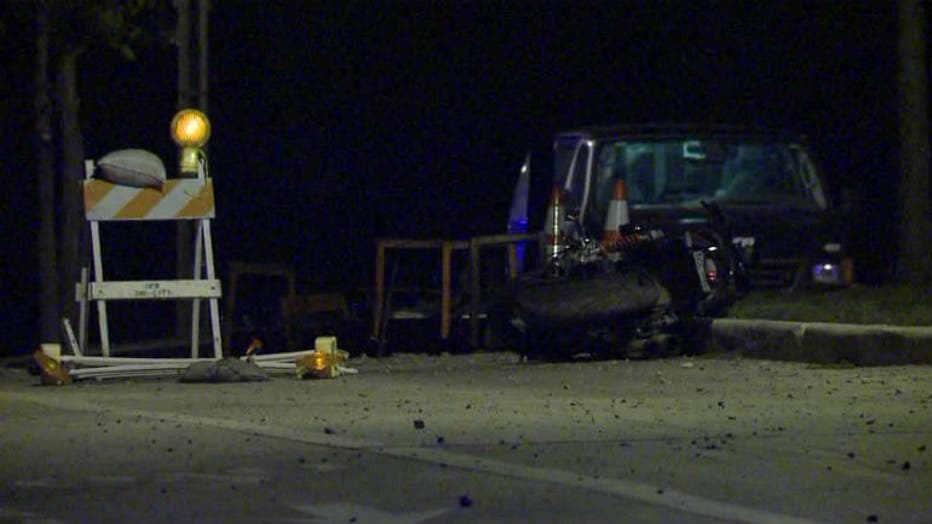 As part of the investigation, police interviewed city workers about the placement of the barricades. The Department of Public Works tells FOX6 News the barricades went up on Wednesday, May 20th. The work was scheduled to be completed by 10 a.m. on Friday, May 22nd.

In a news conference at City Hall, Milwaukee Mayor Tom Barrett and other members of the Common Council shared their thoughts on Ald. Dudzik's commitment to his job, the city and his constituents. 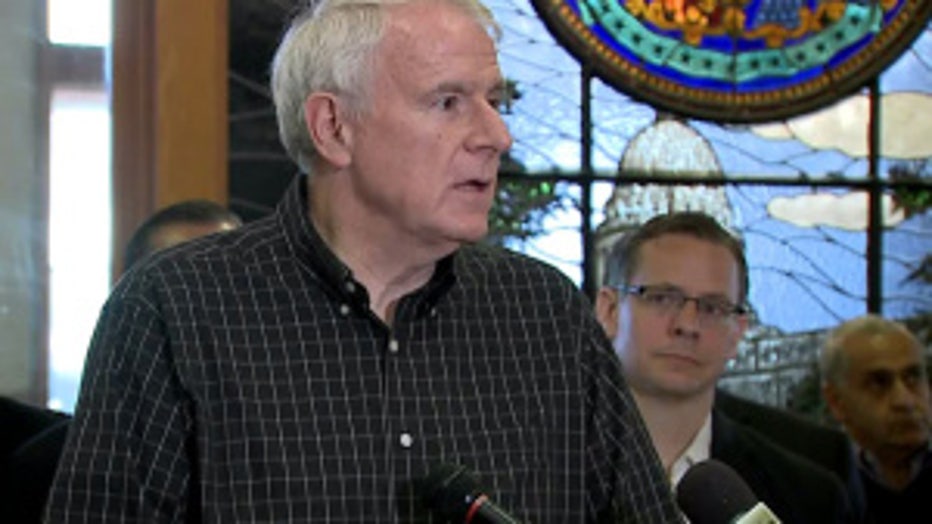 Barrett said, "People who work in city government are a family...right now, our family is shocked." The mayor described Dudzik as a "very self-depricating guy" who battled for his constituents.

Common Council President Michael Murphy said of Dudzik, "He's one of the proudest sons of the City of Milwaukee." Murphy said Dudzik loved representing the city and was proud of his Polish heritage. 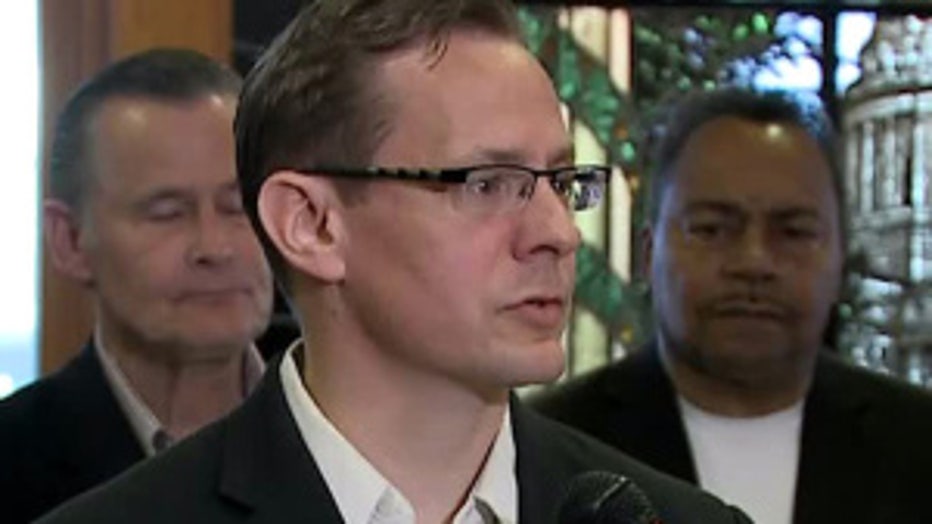 Ald. James Bohl was emotional about speaking of his colleague. That's in part because he "had the pleasure of having one long lunch, last lunch" with his friend on Thursday.

Bohl said Dudzik always approached his votes with thoughtfulness -- and was a dedicated family man.

Dudzik was currently serving on the Licenses Committee and the Finance and Personnel Committee.  He also served for more than 20 years in the city's Department of Public Works. He was also active in the community. He founded and has served as chair of the Euclid Park Neighborhood Association, and also served as treasurer of the Crime Prevention Neighborhood Advisory Council for the 6th Police District. His work in the community has included service as a volunteer for the Special Olympics, as a youth softball and soccer coach and as an instructor at the Boys & Girls Clubs of Greater Milwaukee.

Alderman Dudzik is survived by his wife and two sons.