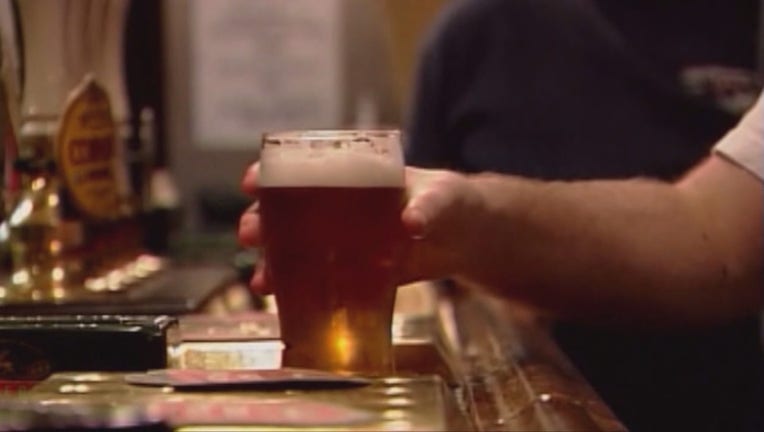 Any amount of alcohol can cause damage to the brain, and more so than previously realized, according to a study in what researchers call one of the largest of its kind to date.

The preliminary findings from Oxford University were recently posted to medRxiv ahead of peer review, drawing on clinical data and imaging samples from over 25,000 adults in the U.K. Biobank study. Subjects were aged 40 to 69 years when they were first recruited from 2006 to 2010.

Nearly all participants were classified as current drinkers, while just 5.2% were non-drinkers, per the study. Almost half of participants were consuming alcohol at levels above U.K. ‘low risk’ guidelines, though few were considered heavy drinkers, researchers wrote. Through MRI analyses, the team looked for correlations between alcohol use and grey matter in the brain.

"No safe dose of alcohol for the brain was found. Moderate consumption is associated with more widespread adverse effects on the brain than previously recognised," the study reads. "Individuals who binge drink or with high blood pressure and BMI may be more susceptible. Detrimental effects of drinking appear to be greater than other modifiable factors. Current ‘low risk’ drinking guidelines should be revisited to take account of brain effects."

Perhaps the findings aren’t surprising, study authors said, due to the mechanism in which ethanol diffuses throughout brain tissue.

The more alcohol participants consumed each week, the lower the grey matter density across the brain, researchers found, blaming alcohol for an 0.8% "grey matter volume variance," which albeit "a small effect size," was a larger contributing factor than other tested risk factors, like smoking.

Further, the type of beverage (wine, beer or spirits) all seemed to inflict the same degree of harm; "We found no evidence that risk of alcohol-related brain harm differs according to alcoholic beverage type," study authors wrote.

Researchers credited the large sample size in offering strong statistical evidence to reveal previously uncharacterized associations across different areas in the brain, as well as connections to drinking patterns. The study had its limitations, like a potentially unrepresentative sample; subjects were "healthier, better educated, less deprived with less ethnic diversity than the general population," authors wrote.

There are still some unknowns, like the duration of drinking necessary to lend an effect on the brain. Researchers suggested certain life periods, like the teenage years and older age, when the brain undergoes significant change, could increase vulnerability.

Wisconsin health officials say more relaxed mask guidelines should serve as an incentive to get the shot, but the mask policy changes haven't changed many people's minds.