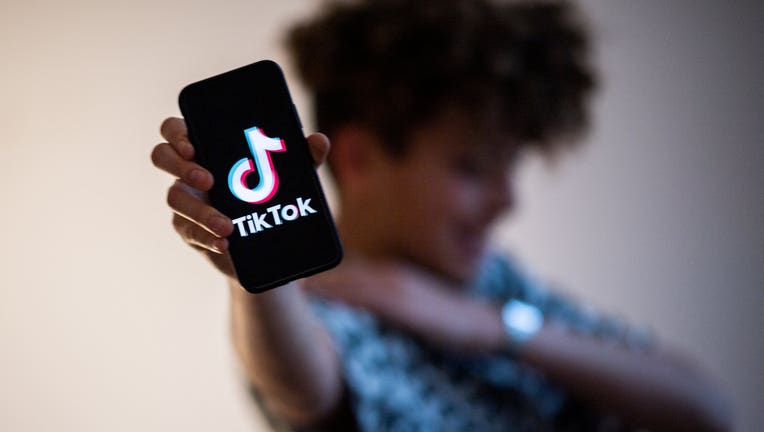 PHOENIX - We often think of musicians, of any type, as living, breathing human beings, but in this particular case, one musician who does not exist – at least not in the way we are accustomed to – was signed by a record label, albeit for a short time.

Here's what you should know about FN Meka, the virtual artist who was at the center of mounting controversy over its signing by a record label.

Yes. You read that right. FN Meka is a virtual artist.

According to an article published by Music Business Worldwide in April 2021, many parts of FN Meka are based on artificial intelligence, from lyrics to chords and the tempo of his music. A human, however, does voice FN Meka.

The artist is known to have a sizable following on social media, with 10.3 million followers on TikTok, as of the evening of Aug. 22, 2022.

FN Meka, according to an article published by the culture website Consequence, mimics the real-life music artist Tekashi 6ix9ine.

Who signed (and then dropped) FN Meka?

It was reported by MBW in August that Capitol Records signed FN Meka.

On Aug. 23, we discovered that references to FN Meka were scrubbed from Capitol Records' website. We reached out to Capitol Records for comment on the issue, and an official with the group released a statement that reads:

"CMG has severed ties with the FN Meka project, effective immediately. We offer our deepest apologies to the Black community for our insensitivity in signing this project without asking enough questions about equity and the creative process behind it. We thank those who have reached out to us with constructive feedback in the past couple of days—your input was invaluable as we came to the decision to end our association with the project."

In MBW's article, it is stated that artificial intelligence is used to make music for the artist, while augmented reality is used to create content for TikTok.

Artificial Intelligence? Augmented Reality? What are they?

We get it: you may have gotten lost by now from all these tech-related terms. Luckily, you're in an explainer article, so we'll break it down for you here.

According to Cambridge Dictionary, artificial intelligence is computer programs that have some qualities of the human mind, like the ability to understand language, recognize pictures, and learn from experience.

Examples of AI in use, according to tech company Adobe, include self-driving and self-parking vehicles, digital assistants like Apple's Siri and Amazon's Alexa, and robot vacuums.

According to Cambridge Dictionary, augmented reality involves images produced by a computer and used together with a view of the real world.

AR has been used by a number of companies, according to an article published by Columbia University. One of the companies listed in the article is furniture company IKEA, which utilized AR in its app to help users see how a piece of IKEA furniture will look in their space. Pokemon GO was listed as another example of AR.

Augmented reality, according to a 2021 article by the Associated Press, can even be used to access the Metaverse, which we have done an explainer on.

In a 2012 article published by the Boston Globe, it was reported that the hologram of Tupac Shakur, who, by then, has been dead for 16 years, "appeared" in a concert at the Coachella music festival that year in the form of a hologram.

Video of the concert went viral, garbing 15 million YouTube hits within 48 hours of its publishing.

(Due to use of adult language, viewer discretion is advised for the video below)

What are people's reactions to FN Meka's signing?

Some on social media have voiced their opposition to the deal, with one Twitter user saying that this is "basically a big middle finger to all musicians, but especially (human) rappers."

Another Twitter user appears to accuse record labels of greed, saying that record labels are creating virtual artists so that they can keep all the profits.

An article published by Consequence mentioned that neither the two creators of FN Meka, Chris Le and Brandon Le, nor the CEO of the label that first signed FN Meka, Factory New, are Black.

Others have also said virtual artists are nothing new.

Are there other virtual artists out there?

As mentioned above, FN Meka is not the first virtual artist in existence.

According to a 2018 article by The Verge, a virtual Korean pop music group called K/DA performed onstage during the opening ceremony of the League of Legends world championship.

Another example of a virtual artist, according to the website Virtual Humans, is Miquela, which, according to her YouTube profile, is a robot.

Other examples of virtual artists include Gorillaz and Alvin and the Chipmunks.

Gorillaz, according to Virtual Humans, was created by musician Damon Albarn in collaboration with 2D artist Jamie Hewlet as a way for Albarn to showcase his music.

What could this mean for music in the future?

Officials with Factory New claim, in the MBW article, that virtual artists can be a cost-saving move, as it costs record labels money to find human talent, with no guarantee of success. Officials also say they believe their technology could allow them to eventually ditch human performers altogether.

"Not to get all philosophical, but what is an ‘artist’ today? Think about the biggest stars in the world. How many of them are just vessels for commercial endeavors?" said Factory New's co-founder, Anthony Martini, in the MBW article.