Brookfield police said around 5 p.m. Tuesday, June 30, they were flagged down near 124th Street and Capitol Drive by a loss prevention officer from Burlington Coat Factory who offered information and a description of two juveniles alleged to have been involved in a retail theft there. Police said officers located the two juveniles. When an officer approached them, the situation was calm at first, but video shows it escalated within minutes. 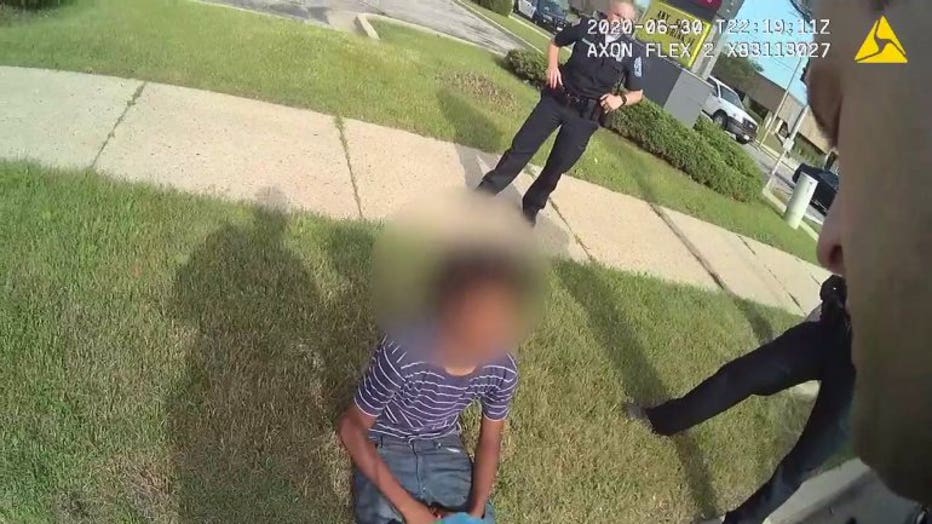 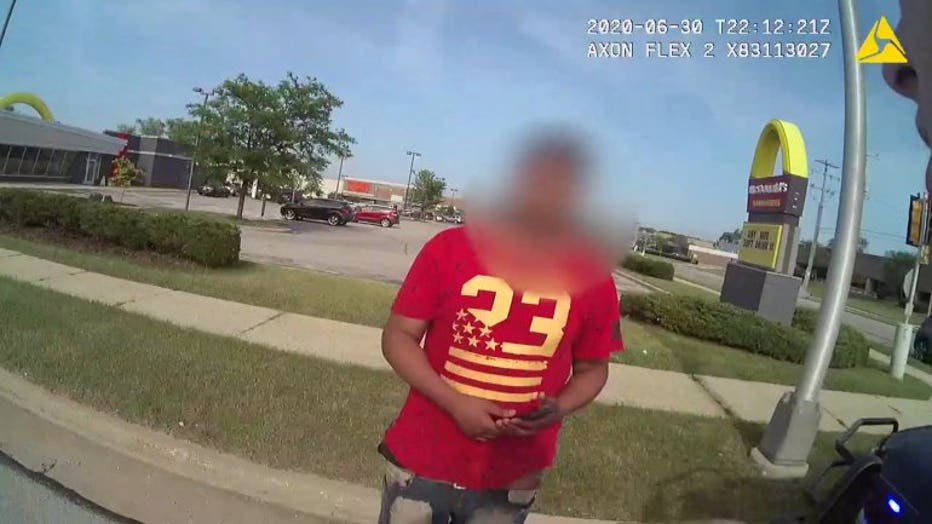 "Stop resisting, relax bud, we are going to get you up now," an officer said in the video.

Minutes prior, a City of Brookfield officer had approached the 13-year-old and a 16-year-old boy.

"Did you guys steal anything in there?" asked an officer in the video. "Can I look in your backpack, man?"

"You're not getting this (expletive)," the boy replied in the video. "(Expletive) is you talking to, my (expletive)." 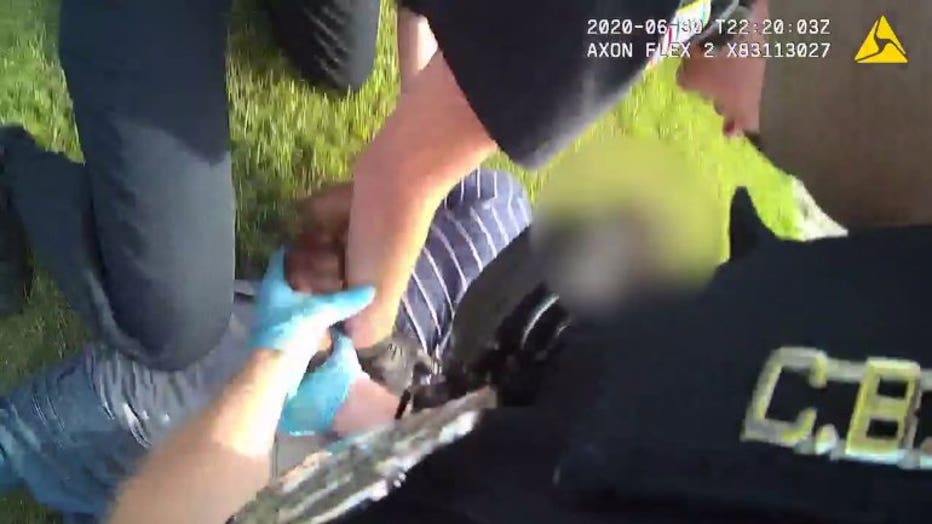 Police said the 16-year-old produced a receipt for his items, but the 13-year-old did not, according to police.

"So this is the only thing you stole?" asked an officer in the video.

"Looks like there's a ton in here though," said an officer in the video.

After looking into the boy's backpack, the officer attempted to place him into handcuffs. As officers struggled to arrest him, the video shows the teen spit at the officer -- later throwing his head back and hitting the officer.

"Oh, he just hit me in the head," said an officer in the video. 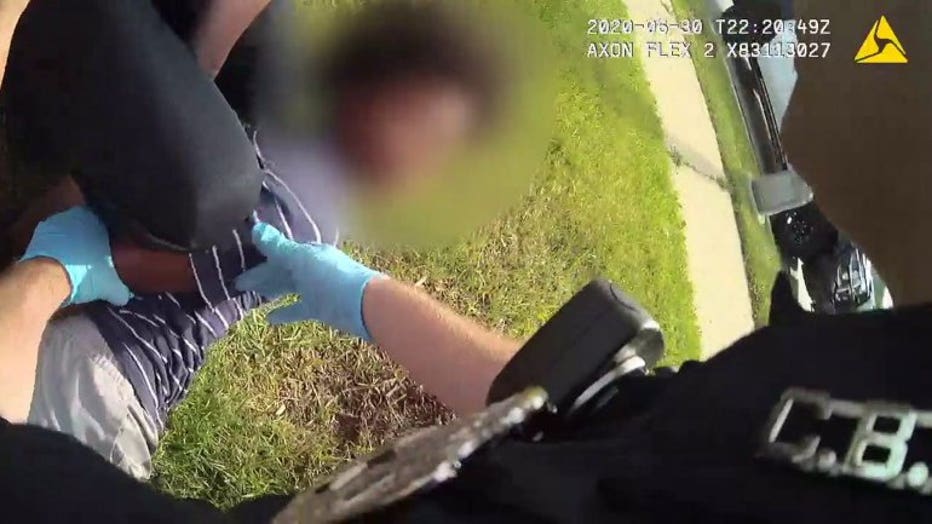 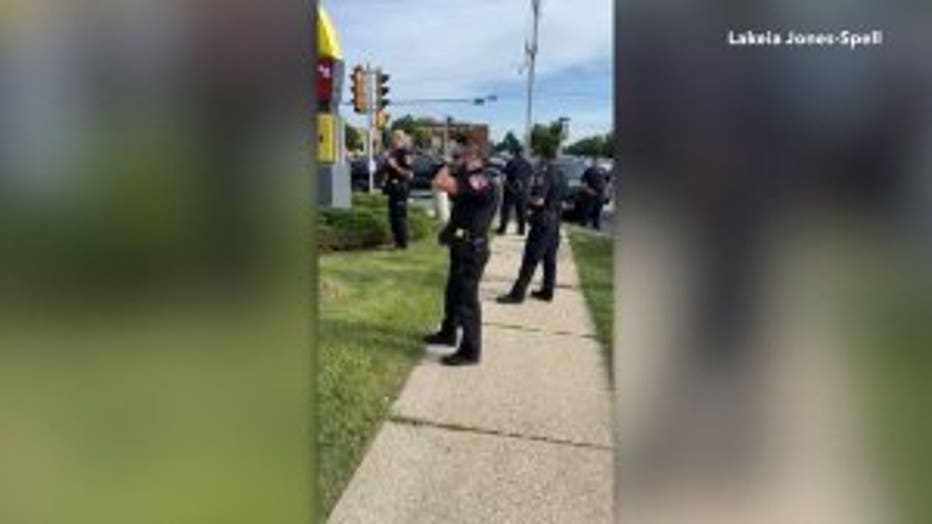 Meantime, witnesses gathered in the area, streaming the arrest live.

"This is absolutely ridiculous," said Lakeia Jones-Spell in Facebook video.

Some said they believe the situation was not handled appropriately. 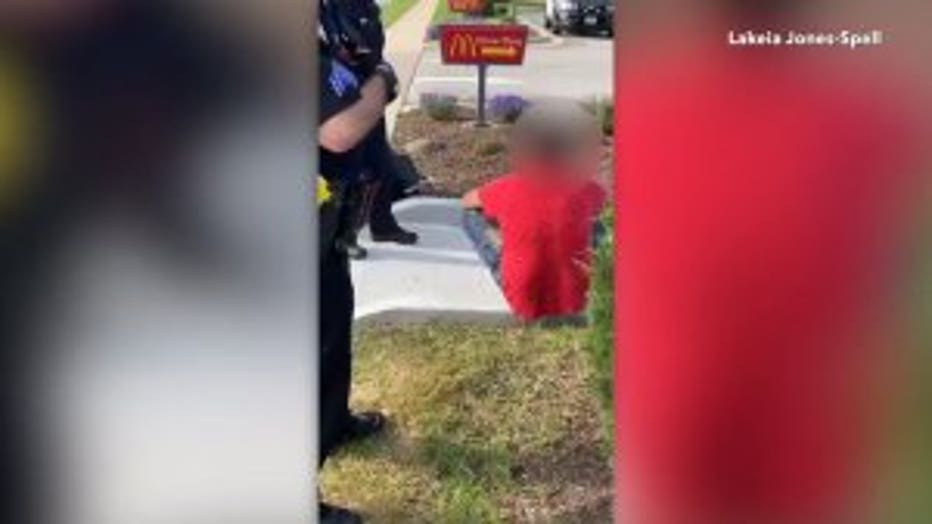 "I want you to see how many officers were called to the scene for a 13-year-old and a 16-year-old child," said Jones-Spell in Facebook video. "This is exactly why people are protesting. This is why rioting is happening and all the unrest."

Brookfield Police Captain Bryan Franckowiak said no policies were violated, and said he believes the officers handled the incident responsibly.

"Unfortunately, uses of force are not pretty," said Captain Franckowiak. "The Facebook videos, I get it. I can see why there would be public outrage in watching the videos. It's one side. Here's the other side. Here's what we're seeing directly from our cameras."

Brookfield police said the amount allegedly stolen was miniscule, and the teen likely would have received a ticket. In addition to retail theft, police said he now faces charges including resisting, obstructing and battery to law enforcement -- some of them felonies.