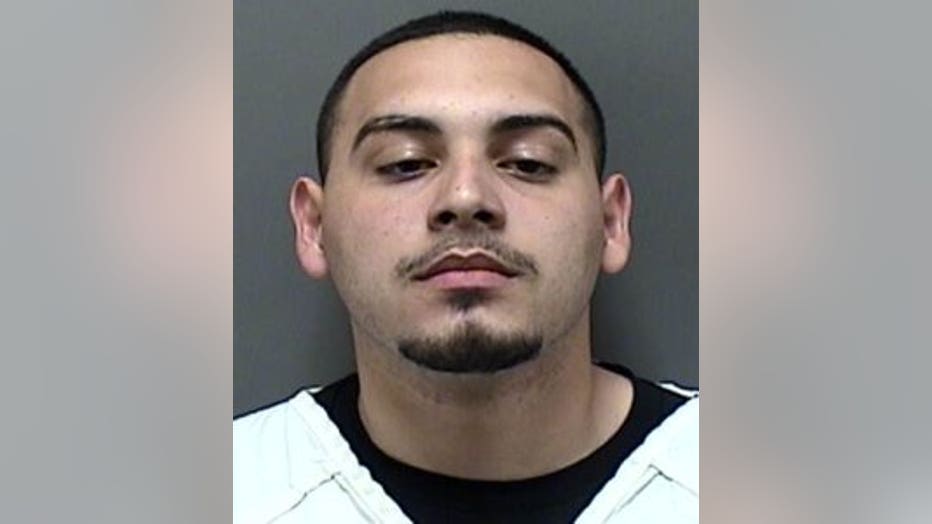 RACINE -- A Kenosha man has been charged after prosecutors said 206 THC vape cartridges were recovered from a vehicle he was driving on I-94 in Racine County on Saturday, April 27. Racine County sheriff's officials said K-9 "Friday" made the bust.

Kenny Rua, 22, of Kenosha faces one count of possession with intent to deliver/distribute/manufacture THC (greater than 200-1,000 grams).

According to a criminal complaint, on Saturday morning, April 27, shortly before 8 a.m., deputies on patrol on I-94 northbound near the on ramp from State Highway 11 in the Village of Yorkville were monitoring traffic for speed violations, and spotted an Acura traveling at a speed that appeared to be in excess of the posted 60 miles per hour limit -- in a construction zone. The complaint noted there were construction workers in the immediate area, and the deputies got a reading of the suspect vehicle -- traveling at 76 miles per hour. Racine County sheriff's officials said the vehicle had heavily tinted windows.

"He put a flag on his vehicle by flying through a construction zone like that at a high rate speed, illegal tint, registration -- doesn't line up," said Racine County Sheriff Christopher Schmaling.

A traffic stop was initiated just before the State Highway 20 exit ramp. The driver was identified as Kenny Rua.

The complaint said while the deputies were back in their patrol vehicle completing traffic citations and running a check of Rua and his vehicle, the deputies noted Rua was staring at them from his vehicle, and at one point, he appeared to be taking photos or video with his cellphone. According to the complaint, Rua "appeared to be acting nervous."

The deputies returned to Rua's vehicle, and when he rolled down the window, the complaint said they "immediately detected an odor of intoxicating beverage" and "a very slight odor of what appeared to be burnt marijuana."

The deputies took part in a hand search of the vehicle, and the complaint said suspected marijuana pieces were found in the front right passenger door map pocket and on the floor. A plastic grocery bag in the trunk was opened, revealing a large mount of THC vape cartridges -- along with mail with Rua's name on it. A box in the trunk with a mailing label with Rua's name and address on it contained a "very large amount" of THC vape cartridges, the complaint said -- 147 new cartridges that appeared to be full of liquid, many held together in groups of five to 10 with rubber bands. There were also 51 new THC vape cartridges in the plastic grocery bag, held together in groups of five to 10, and eight new cartridges rubber banded together. A total of 206 cartridges were found in the vehicle, the complaint said. Additionally, Rua was found with more than $500 in his wallet. 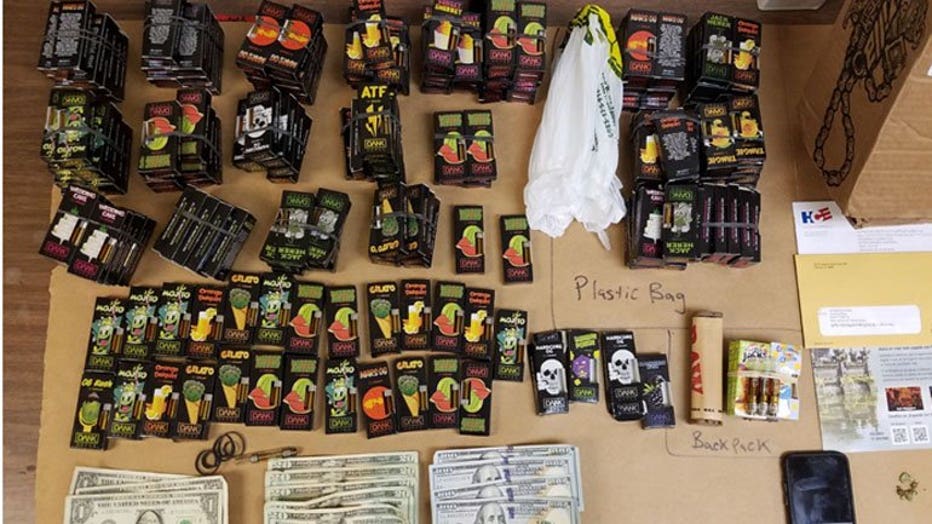 Each of the cartridges contained 1.1 gram of THC vape oil, for a total of 226.6 grams of THC vape pen oil recovered. The complaint said .3 grams of loose marijuana was recovered. 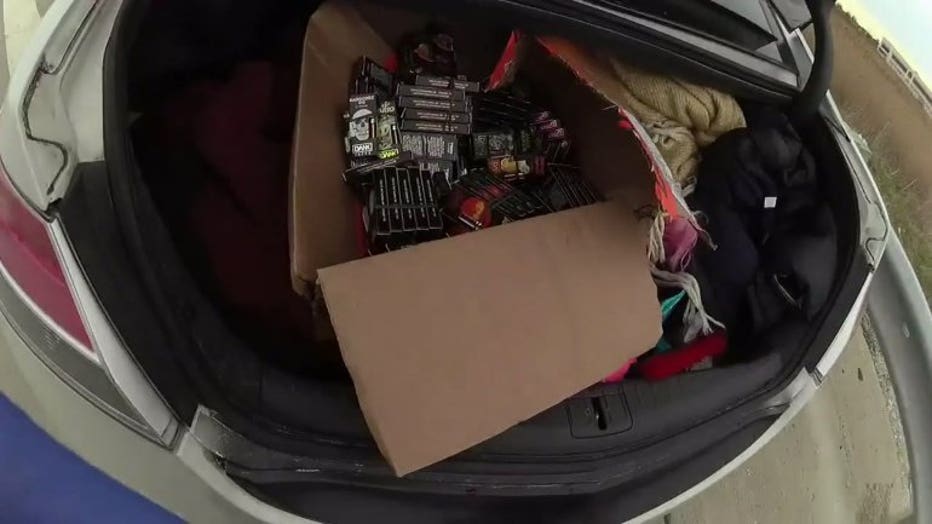 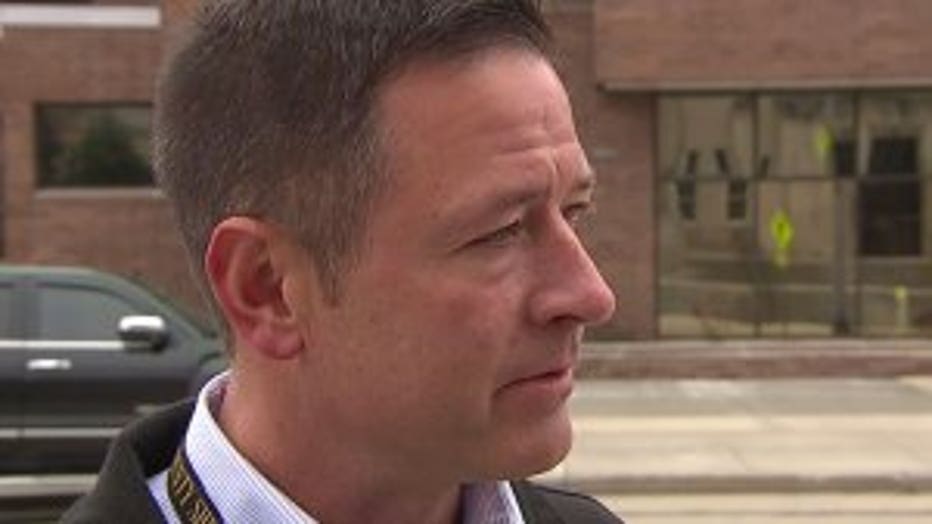 "That's a ton of vials. Obviously, that's not a personal use situation. Here, we're dealing with somebody who is clearly dealing it on the street," said Sheriff Schmaling.

Rua made his initial appearance in court on April 29. Probable cause was found for further proceedings, and a preliminary hearing was scheduled for May 9. He was described as someone with strong ties to the area.

"He's resided in Kenosha his entire life. He works 30 hours per week at Racine Honda and has some college education," his defense attorney Mindy Nolan said. 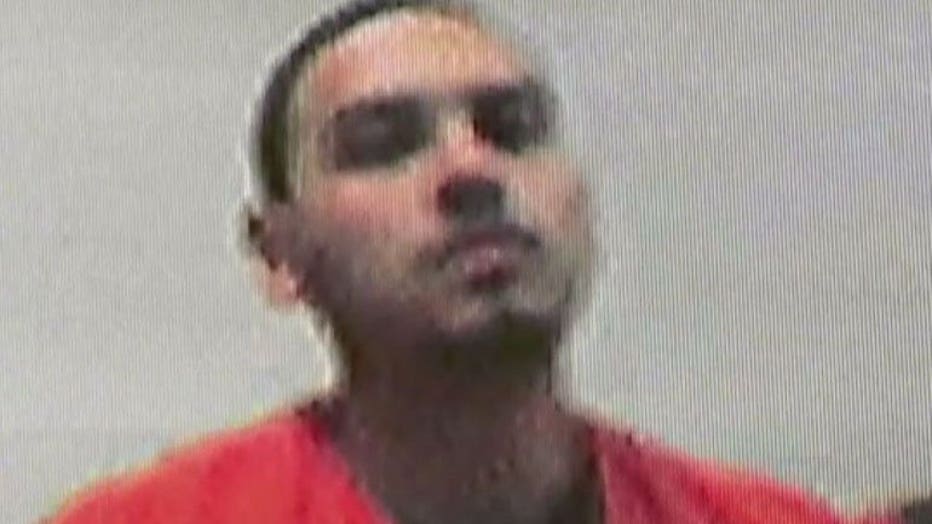