MILWAUKEE -- Another fiery crash prompted another freeway shutdown -- this time in Milwaukee County on Sunday night, July 14. The crash happened around 9 p.m. Sunday, shutting down I-43 in both directions at North Avenue. The roadway reopened around 1:30 a.m. Monday, July 15.

Daylight on Monday revealed charred median walls -- a reminder of just how dangerous the crash and subsequent fire were.

Glowing flames illuminated the dark interstate on Sunday night, shutting down the interstate in both directions after a Johnsonville semi driver's tire blew. 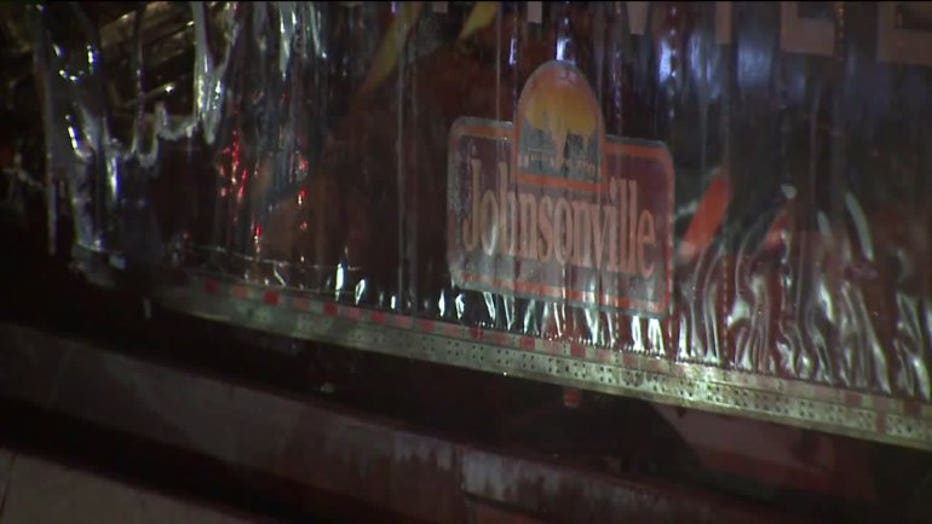 The semi was headed south on I-43 when the accident happened.

"These trucks are carrying up to 300 gallons of gas, or diesel fuel, I should say," said Roden.

That diesel fuel spilled along the interstate, according to Roden.

"It's always a dangerous situation on the freeways," said Roden. 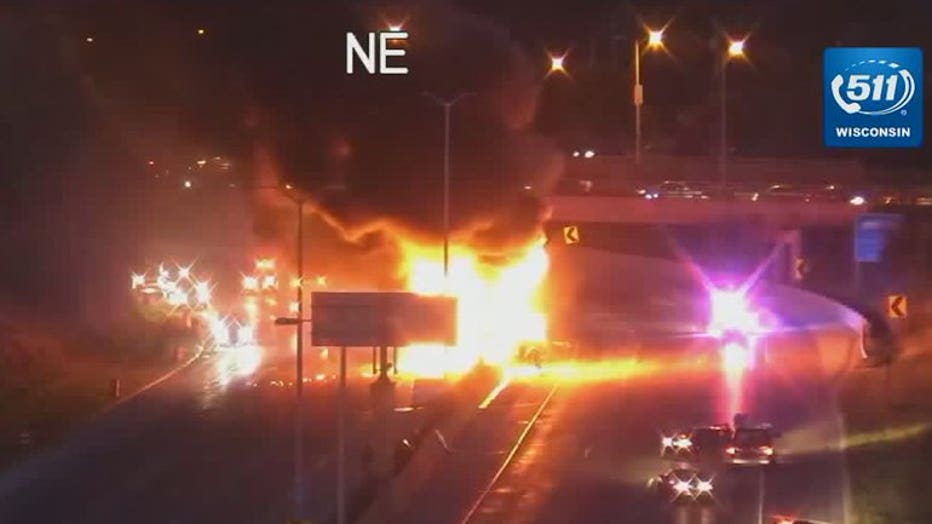 According to authorities, the semi slid against the median wall, becoming engulfed in flames -- striking a light pole and another vehicle in the process. That light pole blocked the northbound lanes, with debris scattered in all directions.

"These trucks are hauling all kinds of cargo, hazardous materials, bulk storage. Everything you can think of under the sun is in the back of these things," said Roden. 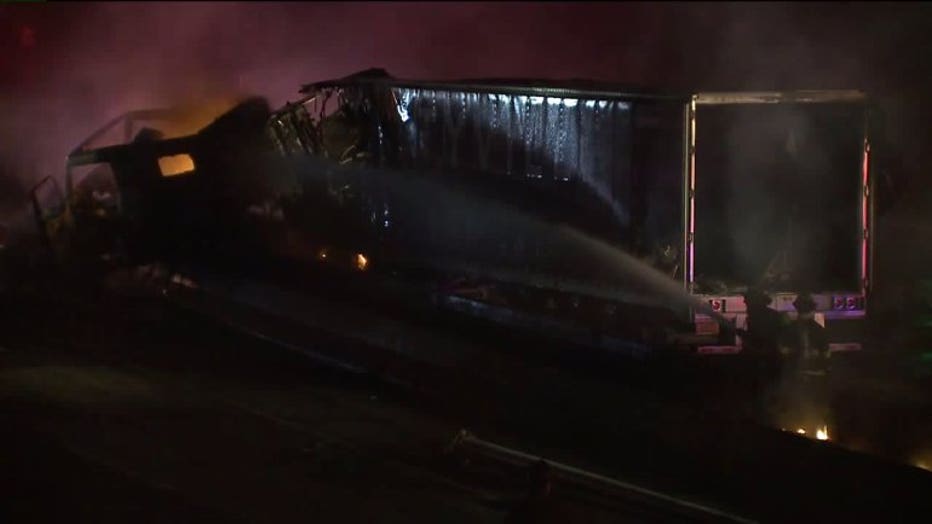 Fortunately, the Johnsonville truck was empty, a company spokeswoman confirmed, adding that the driver was able to bring the truck to a stop and exited prior to the truck and trailer becoming engulfed in flames.

"It's very fortunate... especially with the spilled fuel, and the speeds at which these vehicles are going on the freeway," said Roden. 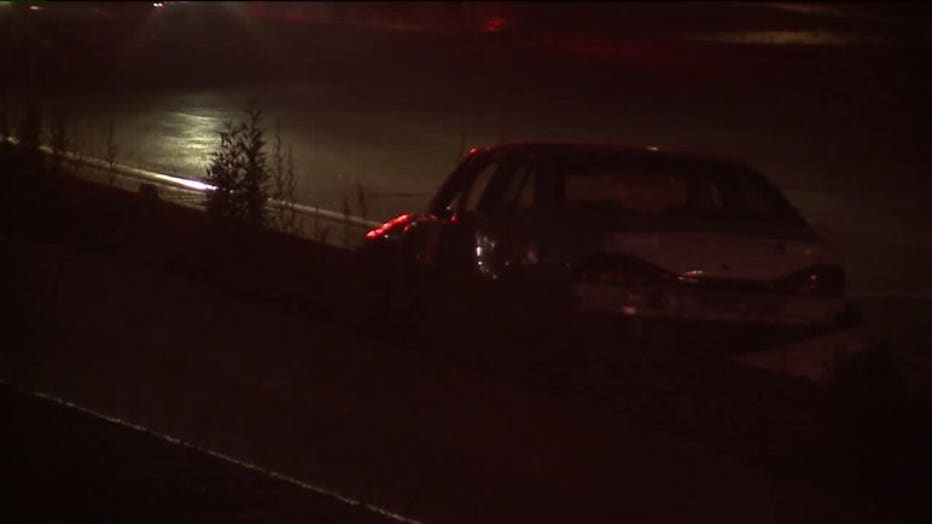 The semi driver was taken to the hospital with minor injuries. The Johnsonville spokeswoman said he was later released.

The driver of the vehicle involved in the crash was treated at the scene and released.