WAUWATOSA -- Some are calling this a local version of Cecil the Lion. The killing of Cecil became big news worldwide earlier this year. Now, a majestic and popular animal has been killed in Wauwatosa -- poached.

It happened on Sunday, December 13th -- right before the Packers vs. Cowboys game.

A man with a crossbow came to the area near the Menomonee River Parkway -- near Highway 100 and Hampton -- near the Oak Leaf Trail, with hikers nearby.

The  man aimed, pulled back the arrow, and shot. 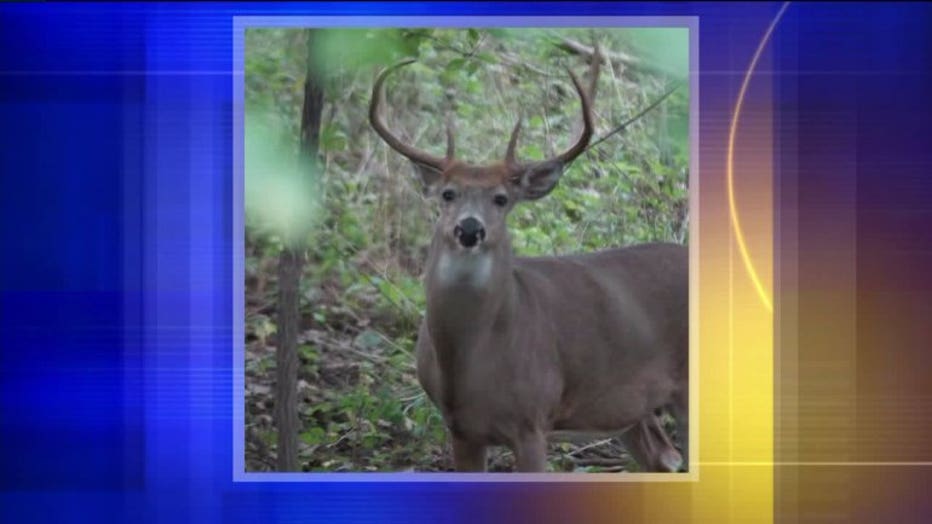 "Whoever did this must be a very callous person," Ray Hamilton said.

Hamilton says he often walks the Oak Leaf Trail in the area where this happened.

Another hiker was taking a walk on Sunday afternoon -- and he stopped to take a picture of a deer, affectionately named "Bow Tie" by those who frequent the area. 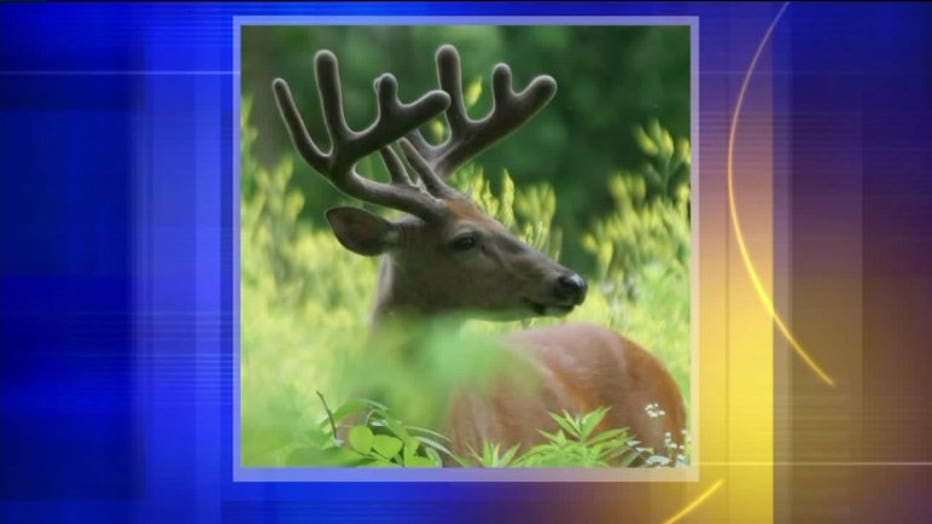 Suddenly, an arrow sailed through the air, and hit Bow Tie.

"It kind of reminds me of the Cecil the lion thing. Apparently this deer was like a big pet almost for people in the area that knew him," Hamilton said.

The hiker who took the photo of Bow Tie on Sunday says he ran into the hunter, who was calling his wife to say he killed a deer. The hiker made his own call -- to 911. 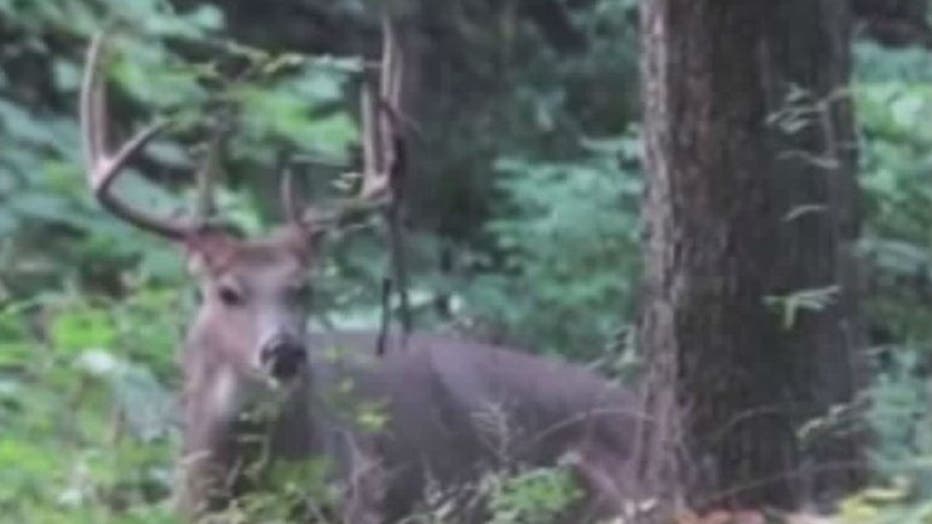 Police arrived along with Wisconsin Department of Natural Resources officials -- and the hunter disappeared.

"It just seems to me it's pretty unsportsmanlike to do something like this -- as well as discharging some sort of weapon in a park where children come to play and things like that," Hamilton said. 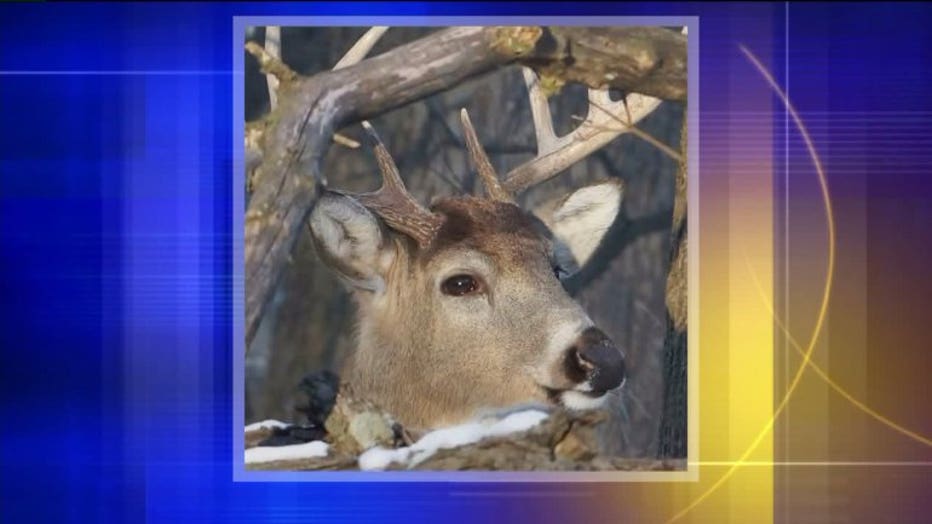 FOX6 News has learned a local photographer chronicled Bow Tie through his nine-and-a-half years of life -- even capturing him on video.

DNR officials were able to catch up with the poacher.

"We found multiple violations. Citations are going to be issued. Milwaukee County does have an ordinance saying you cannot hunt in their parks," Marcus Medina with the DNR said. 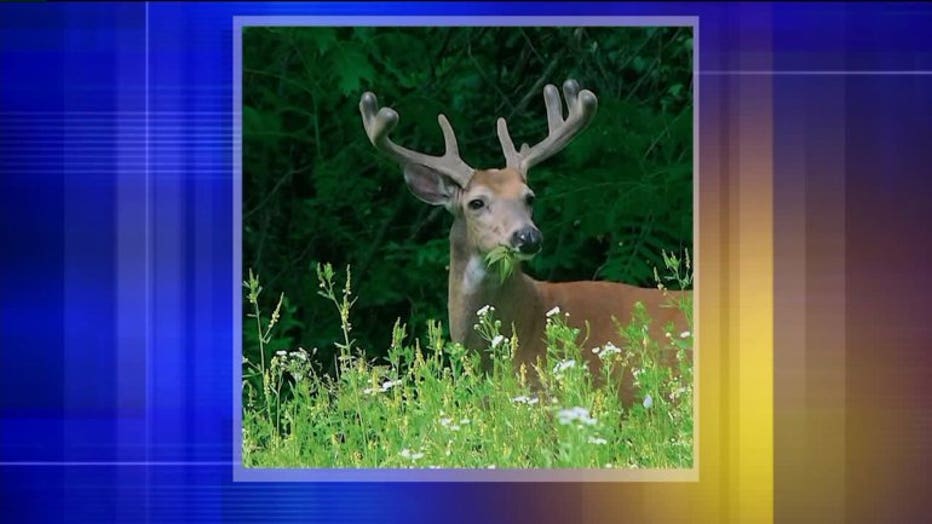 Some say it's not enough.

Social media is filled with photos of Bow Tie, with messages from those now mourning his loss -- the loss of a beautiful animal so many have loved watching for so many years.

DNR officials say they not only gave $1,000 in fines to the illegal hunter, but also, his hunting license has been revoked for a year, and his crossbow was taken away, along with the deer.

DNR officials haven't identified the man -- but a witness tells FOX6 News he is a Brookfield businessman.

A web search shows he has a long history of deer hunting. Area where Bowtie the deer poached in Wauwatosa