MILWAUKEE -- The Commercial Association of REALTORS (CARW) plans to launch a two-day billboard campaign on Thursday, July 30th to thank legislators who voted to fund the arena project.

The bill passed both the Senate and the Assembly by bi-partisan vote.  In late May, CARW used billboards to convey a similar message that urged the public to call local officials to present a deal. CARW is now encouraging voters to call and thank legislators. 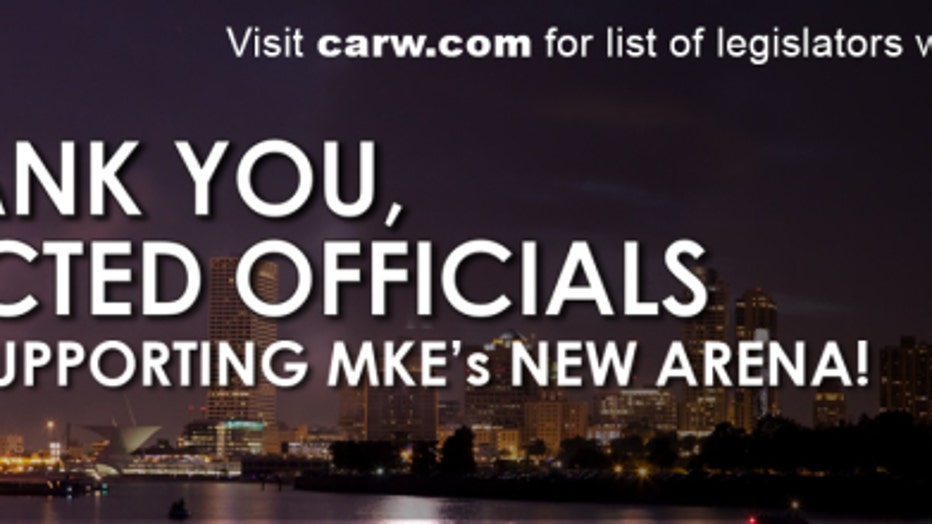 "We called and emailed our legislators and they delivered. Now it’s our turn to thank them for working hard not only to come up with a good deal for Wisconsin taxpayers, but for their work to communicate the benefits to constituents."

Galbraith noted that many legislators held town hall sessions, took personal meetings, and performed surveys to ensure that constituents’ voices were heard, and their concerns met with answers.

The billboard campaign will run July 30th and 31st.