NEW YORK -- Two giant towers of light illuminated the Sunday night sky in lower Manhattan as a visual memorial to those who lost their lives on 9/11. 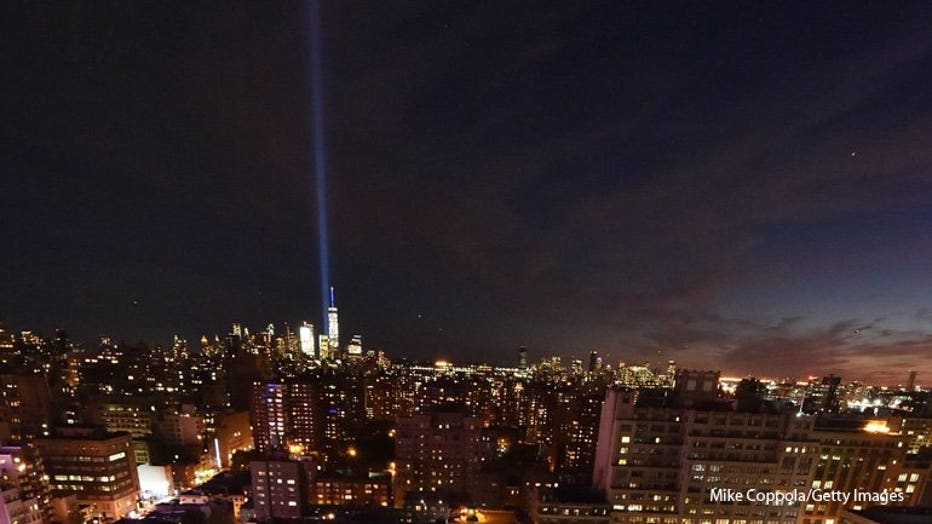 The beams from the 88 searchlights represent the twin towers.

They were first put in place six months after the attack and are now a yearly tradition.