Dogs displaced by Harvey in WI

Dogs displaced by Harvey in WI 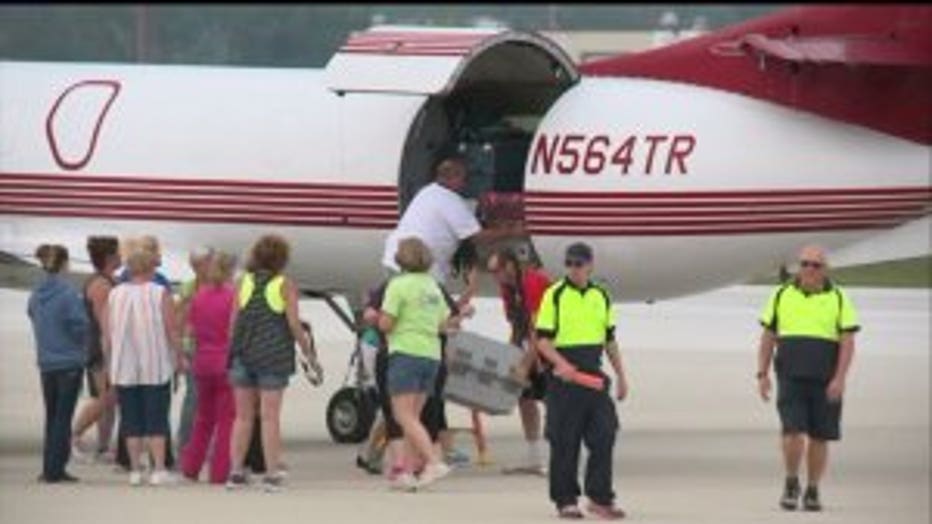 The dogs that arrived at Crites Field in Waukesha Monday, after a stop in Oklahoma, are dogs that were already in the shelter system, many long before Harvey's arrival. They were transferred out of shelters down south to make space for animals in need of temporary emergency shelter after Harvey -- animals whose owners are known and/or local, to ensure they can be reunited with their families. 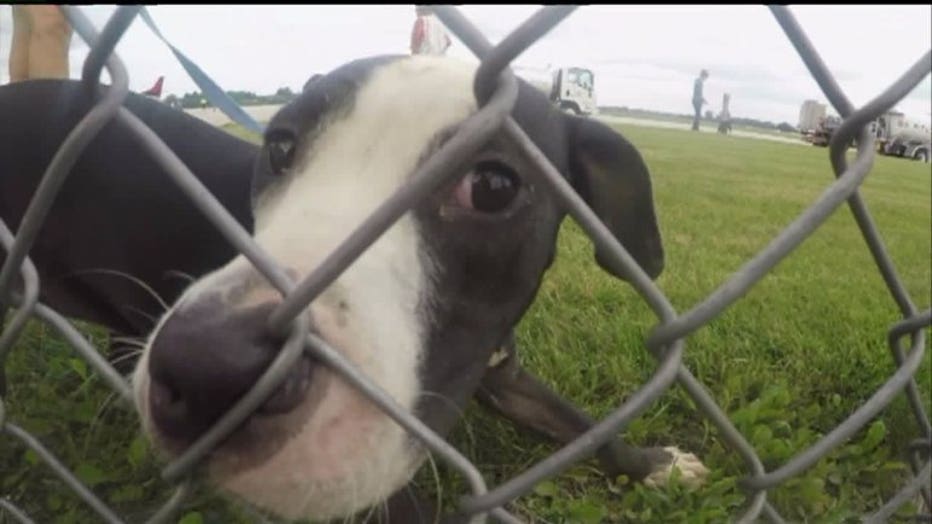 Forty-six of the dogs now in Waukesha will be cared for at the Humane Animal Welfare Society -- HAWS of Waukesha. Seven will go to the Northwoods Humane Society in Hayward. HAWS partnered with the Humane Society of the United States on the ground, and Wings of Rescue in the air to get the dogs here.

The first thing on the dogs' agenda when they arrived in Waukesha? Let's just say a lot of "poop bags" were handed out! The dogs were then loaded into a convoy of HAWS vehicles and taken across the street to the shelter. 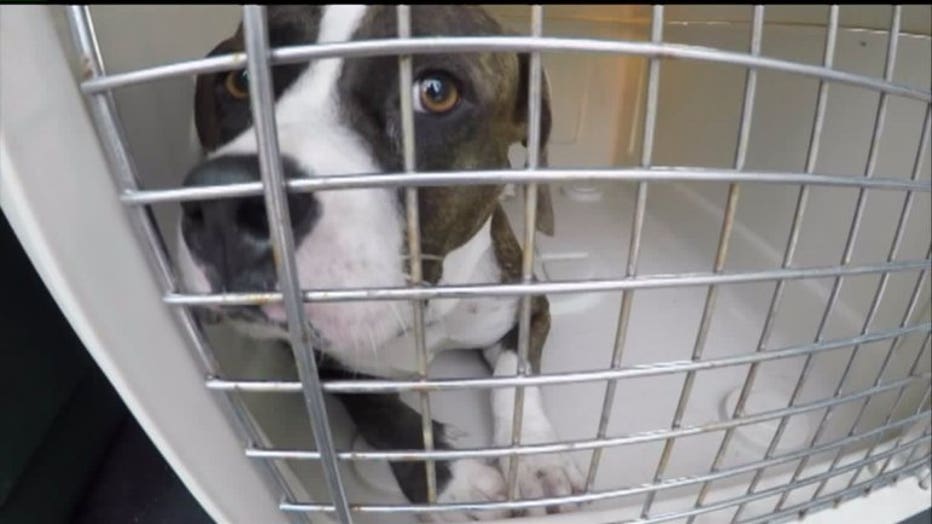 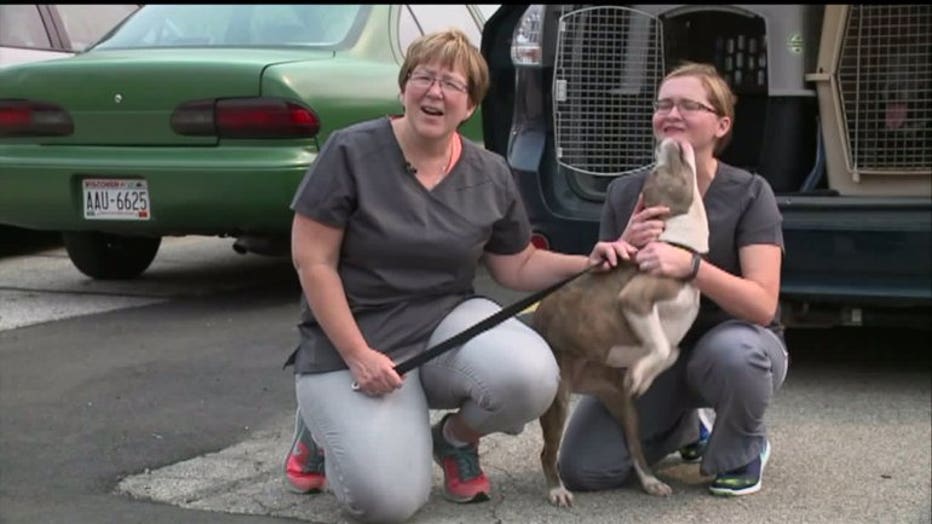 "We know the dog we took has heartworm disease, so that's one thing we know we'll have to treat, but a lot of them look like they have some other parasites and other health issues that we may need to treat as well," Lee Anne Sherrod with the Mukwonago Animal Hospital said. 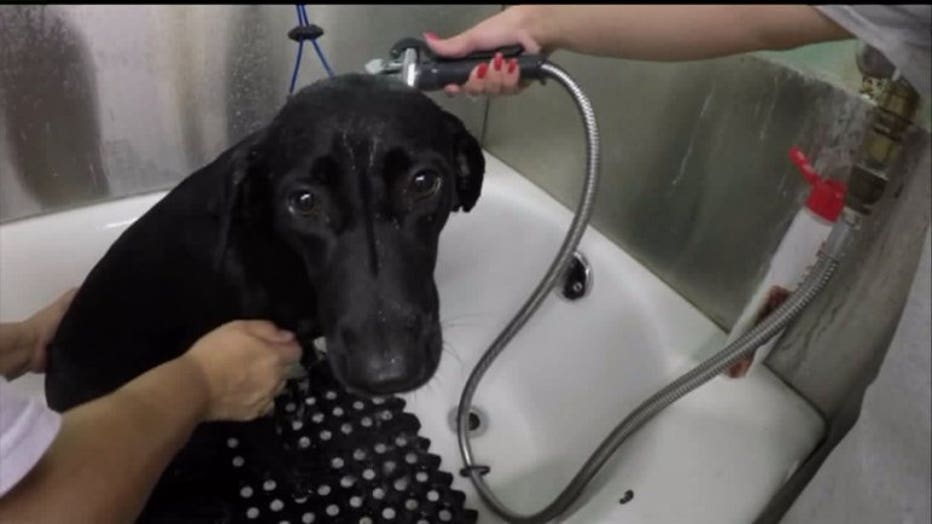 The rest of the dogs would be cleaned, fed and allowed to rest. On Tuesday...

"We'll screen them through some of our veterinarians and see what they're like temperamentally, see who's a little bit calmer, little more comfortable and get a hold of our foster homes and start sending them out to the people who have registered as foster homes," Lynn Olenik, executive director of HAWS said. 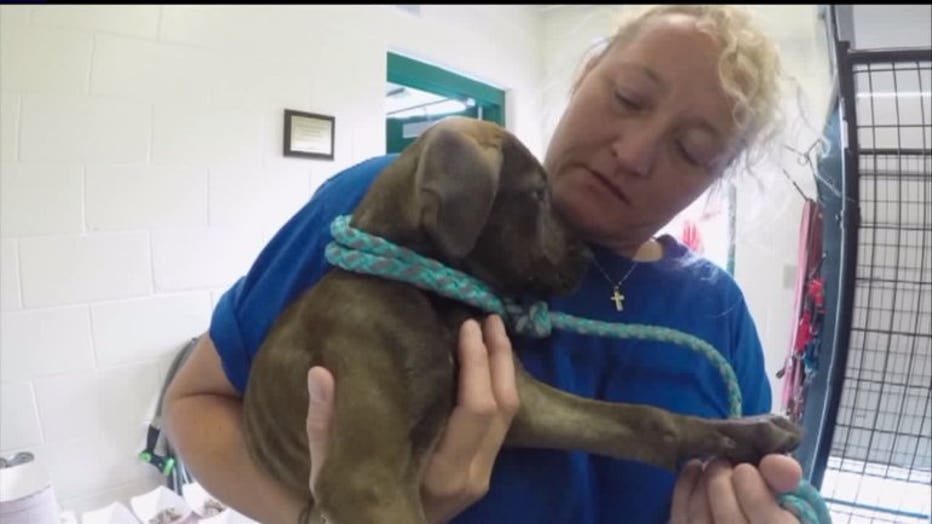 “The animals coming to HAWS are animals that were already in shelters looking for new adoptive homes, many from long before Hurricane Harvey’s arrival. These are animals that had been in the shelter system, with no owners coming forward to claim them. They need both temporary housing for owned pets, but also an opportunity for the strays to be reunited with the families they've been separated from,” noted HAWS Executive Director Lynn Olenik.

HAWS officials said they've received an overwhelming number of applicants for foster caregivers. As the rescue progresses, HAWS officials may re-open that list, but they've stopped taking names currently. We're told there are about 200 homes registered. 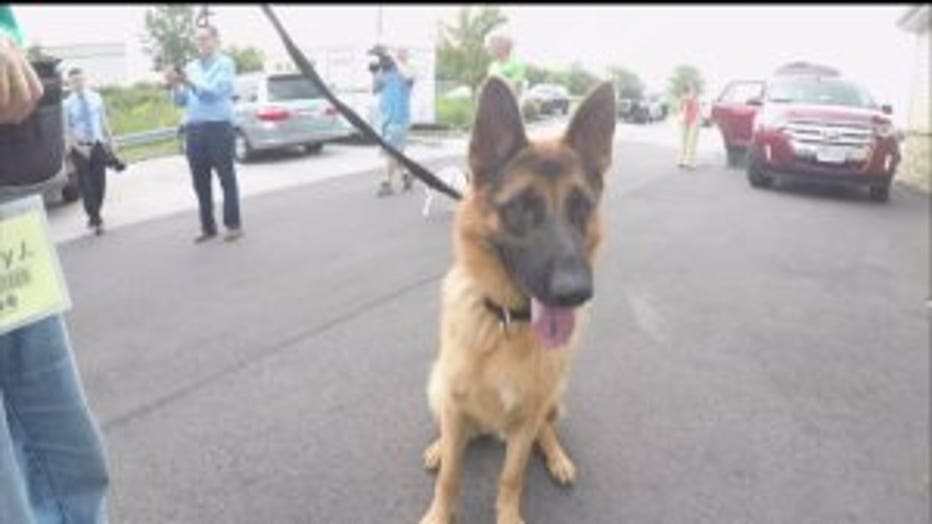 Gary Wipperman and his wife have opened their home to help get these animals ready for their forever homes.

"We just really just have such a passion for animals, that if they have a need for us to take two or three then we would do that," Wipperman said.

Members of the public can assist with donations of towels, canned and dry dog food – and monetary donations or gift cards to local pet supply retailers, so foster homes and HAWS can purchase other supplies as needed.

We're told HAWS officials will notify the public online and on their Facebook page when these animals are ready to be adopted.