Quaveion Stanley, 18, is charged in the shooting death of Tamaris Smith, 18, at a Milwaukee store near 40th and Burleigh June 9.

MILWAUKEE - An 18-year-old Milwaukee man is accused in connection with a fatal shooting that happened near 40th and Burleigh on Thursday, June 9. The accused is Quaveion Stanley – and he faces the following criminal counts:

According to the criminal complaint, Milwaukee police were dispatched to a shooting inside a store near 40th and Burleigh on June 9. The victim, identified as 18-year-old Tamaris Smith, was found in the store having suffered numerous gunshot wounds. He was pronounced deceased.

Officers on the scene recovered a total of four fired .40 caliber cartridge casings -- and one fired bullet near the victim's body, the complaint says. 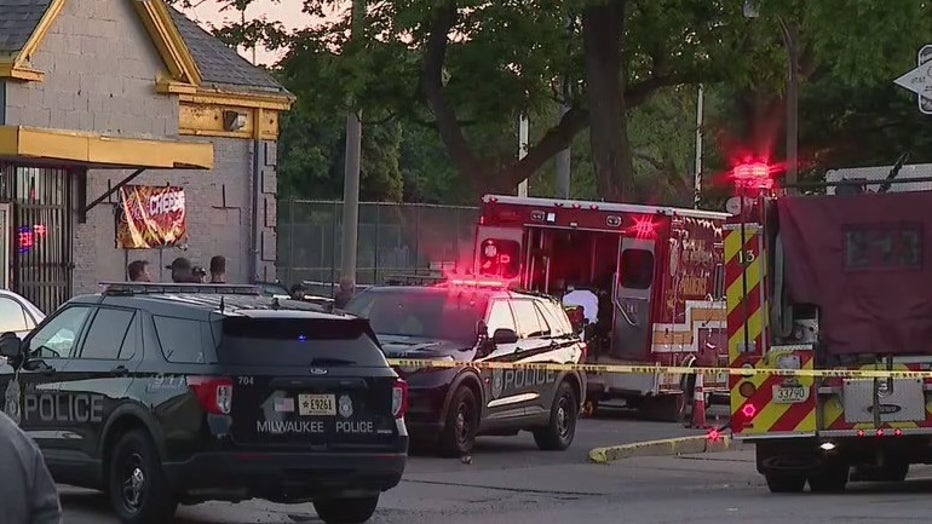 On Tuesday, June 21, investigators received information that the defendant was in the area of 19th and Atkinson. They conducted surveillance at that location. A short time later, the complaint says Stanley "looked directly at the unmarked police vehicle and then removed a previously concealed black handgun from his right waistband and then threw the handgun underneath the food truck." The defendant was taken into custody.

During a search of Stanley, the complaint say officers found marijuana. They also recovered the firearm which had been thrown under the food truck. It was determined to be a Glock 22 .40 caliber semi-automatic weapon.

Stanley made his initial appearance in Milwaukee County court on Sunday, June 26. Cash bond was set at $200,000. Stanley is due back in court for a preliminary hearing on July 6.