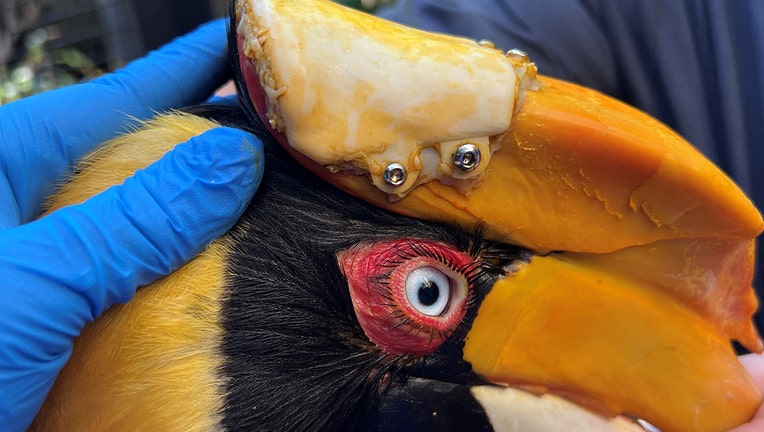 TAMPA, Fla. - One cancer patient – a bird living at ZooTampa – has a second chance at life thanks to a 3D printer.

Crescent is a 25-year-old great hornbill who developed an often-fatal cancer on her large beak, squamous cell carcinoma. It's a type of skin cancer commonly found in humans, that are located near the surface of the skin. Regardless, Crescent's caregivers refused to give up.

Specialists from the University of South Florida and Tampa General Hospital worked together to remove the lesion. First, Crescent was anesthetized during a CT scan, which revealed a large tumor near the back of her casque, close to the skull. The experts at both facilities agreed the best chance of success was to completely remove the tumor.

However, they faced a dilemma. When the cancer was removed, Crescent's sinuses would be exposed.

"This tumor is typically found near the front of the casque in hornbills, but hers was in the back," said Dr. Kendra Baker, D.V.M. and associate veterinarian at ZooTampa. 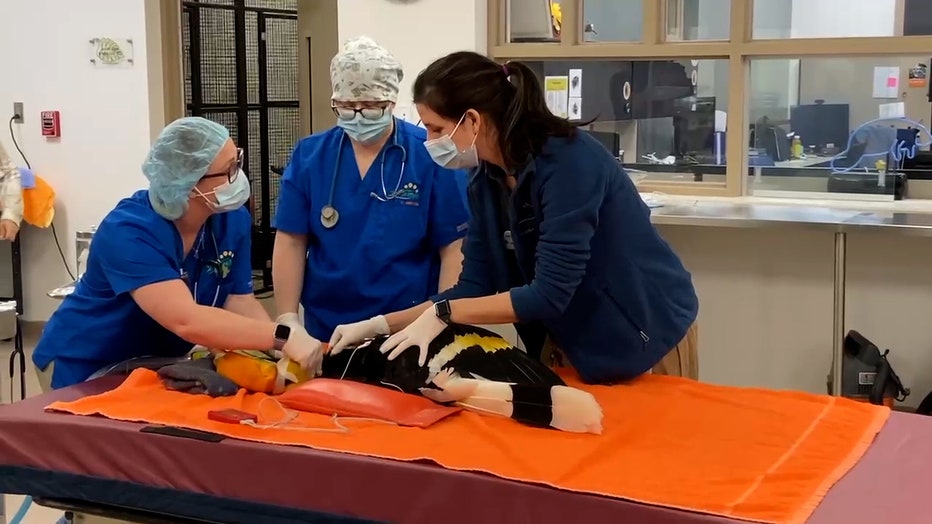 That's when the team made the call to print and design a new custom 3D casque for the great hornbill. Her prosthetic beak had to be lightweight, hard, and durable. Her tumor was removed in January. After, the surgeons used dental acrylic to apply Crescent's new beak before permanently attaching it with titanium screws.

"The prosthetic covers her sinuses, and Crescent immediately had full use of her beak," ZooTampa reported in a news release sent Monday.

READ: After 4 months and 160,000 pounds of lettuce, Florida plans to wind down manatee feeding program

It's the first time this surgery has been performed on a hornbill in the U.S. and it's just the second procedure worldwide, according to zoo officials. 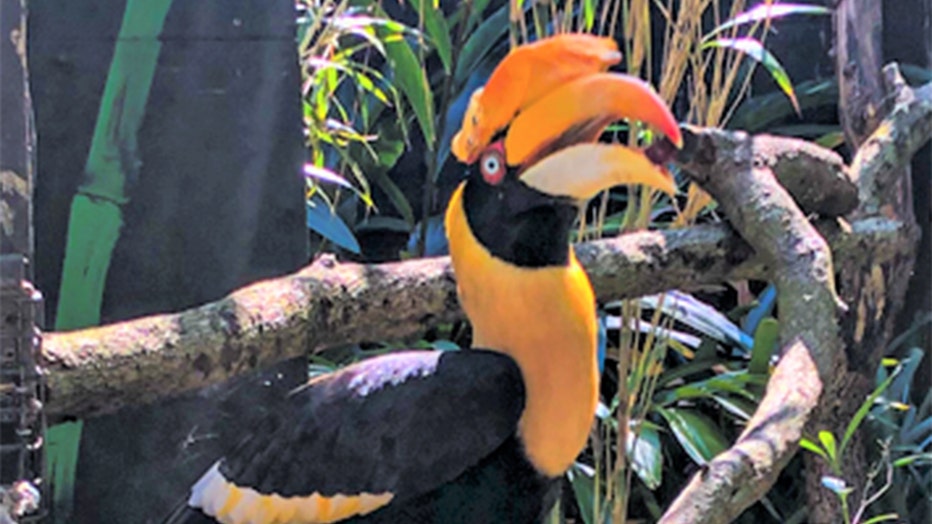 "We asked ourselves, ‘If this was a human, what would we do?’ So we began to plan how to fix Crescent’s casque using the technology we use every day on our human patients – 3D printing," said Summer Decker, director of the 3D Clinical Applications Division for the Department of Radiology in the USF Health Morsani College of Medicine and Tampa General Hospital.

The great hornbill is native Nepal, Bhutan, India, mainland Southeast Asia, and Sumatra. Their population is decreasing due to deforestation. They frequent wet evergreen and mixed deciduous forests, according to SeaWorld Orlando.

The species is listed as vulnerable by the International Union for Conservation of Nature.