MILWAUKEE -- The Milwaukee County District Attorney's Office on Friday, May 8 charged three men for their involvement in a shots-fired at Milwaukee police incident on the city's south side.

The incident happened near 34th and Greenfield on Monday, May 4. Jason Gonzalez, Casey Estrada and Jose Hernandez have been charged.

According to a criminal complaint, plain-clothes members of the police department's special investigation division were on a surveillance assignment in an unmarked car in an alley near 34th and Greenfield. The officers were wearing vests, designating them as police officers. 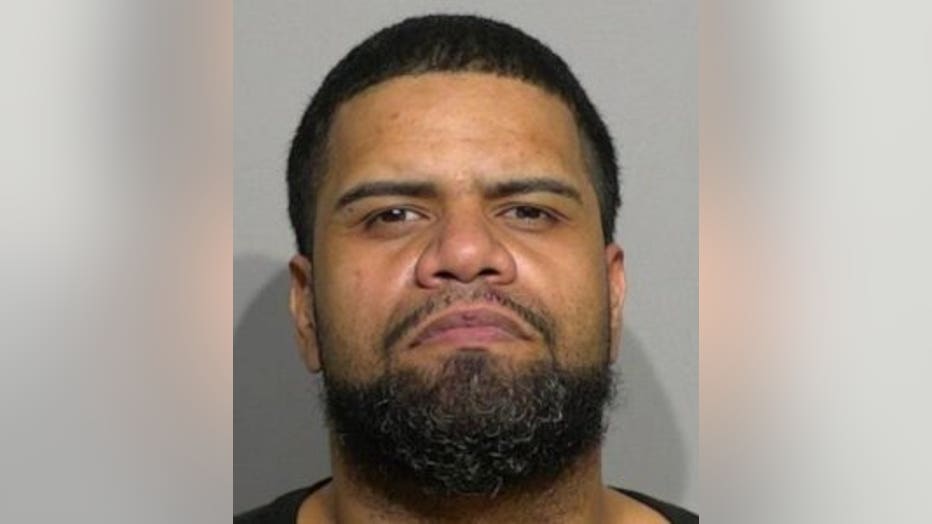 The complaint states that two men approached the unmarked squad. One of the men, officers noted, was wearing a black hooded sweatshirt with an image of a skeleton giving the "peace" sign. That man, later identified as Gonzalez, asked one of the officers: "Who you all looking for?" The officer replied: "We are not looking for you." Gonzalez again asked: "Who the (expletive) are you looking for, then?" Again, the officer replied that they were not looking for him after which, the complaint states, Gonzalez pulled out a semi-automatic handgun and racked it.

The officers then yelled "police" and withdrew their firearms as Gonzalez ran. One officer began a foot pursuit. While running away from the officer toward a fence, the complaint states that Gonzalez moved his arm backward -- down, but in the direction of the officers -- and fired a shot. The complaint states that the officer was unsure if the gun was fired intentionally or accidentally while Gonzalez tried to get through the fence. Gonzalez fired another round after getting through the fence. Officers did not return fire, according to the complaint.

Body camera footage from the officers showed Gonzalez captured portions of the incident on video and audio -- including one of the shots fired by Gonzalez. Police say, due to the cameras' design, not all audio and video of the incident was captured.

As part of the investigation, authorities spoke with the owner of a nearby duplex. The owner told authorities that Hernandez and Estrada lived in the duplex, though in different units. The complaint states that Gonzalez went to the duplex following the incident.

Detectives later found that the gun from Estrada's bedroom was the weapon that fired two bullet casings recovered from the scene. A black hooded sweatshirt with a skeleton giving the "peace" sign, consistent with the one worn by Gonzalez during the incident, was found in a box at the residence.