RICHFIELD, Wis. -- Washington County sheriff’s officials say they have recovered a significant number of stolen firearms during the execution of a residential search warrant late Tuesday night, May 12 in the Village of Richfield. 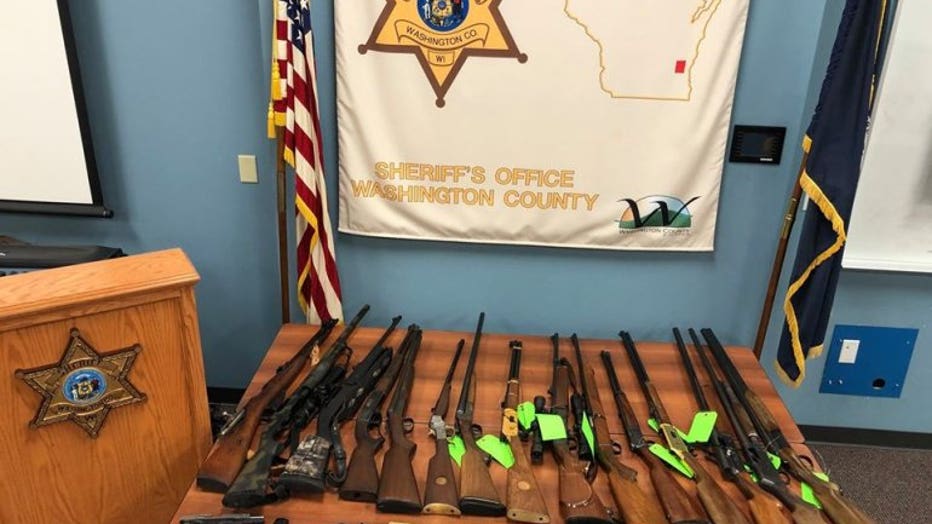 The search warrant was the culmination of a months-long burglary investigation conducted by sheriff’s investigators, according to a release.


A 41-year-old Village of Richfield man and his 25-year-old girlfriend were taken into custody on Tuesday after they left their residence and a search warrant was executed. In total, 20 firearms were recovered, including 10 that had been taken from a residential burglary in the Village of Richfield. The other 10 were seized in conjunction with a narcotics investigation.

Authorities also seized illegal drugs, stolen jewelry and a John Deere tractor that had been taken in another burglary from Portage County.

A 37-year-old former roommate of the two other suspects was also charged in connection with these crimes.

All three suspects were arrested on multiple felonies and will now face charges in Washington County Circuit Court.

“This case is notable on multiple levels, first we were able to take a significant amount of firepower out of the hands of dangerous criminals, equally important we will be able to return that property back to the victims that these criminals preyed on and make them whole again and finally the people that committed these offenses will be held accountable for their crimes against our community," Washington County Sheriff Martin Schulteis said.

A number of the stolen firearms were returned to their owners, officials said.