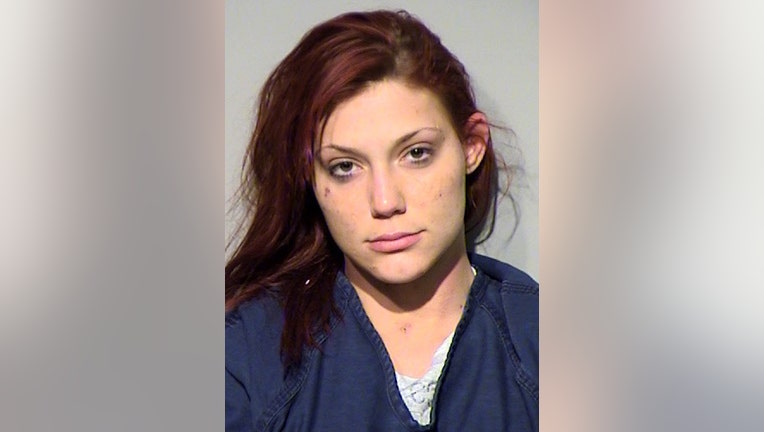 MILWAUKEE (WITI) -- The West Allis Police Department has confirmed that Cassandra LaFave, the young woman from West Allis who had been missing for a week, was located in the City of West Allis on Tuesday, November 26th. Police say LaFave was located unharmed.

Police say they got a call from LaFave on Tuesday afternoon. She was found near 67th and National.

Police say LaFave was found with a man, and he has been questioned by police -- and police say they continue to investigate what he had to say.

LaFave is currently being held at the Milwaukee County Jail on warrants unrelated to her disappearance. 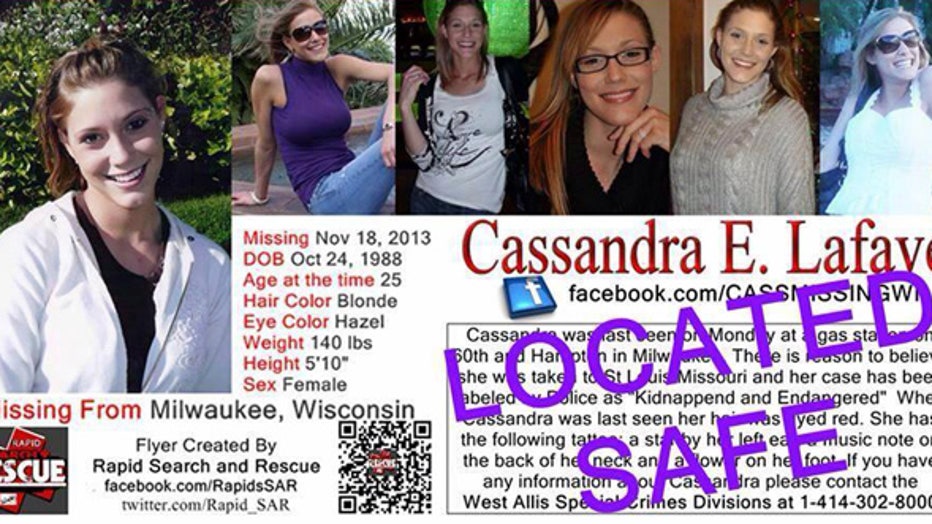 LaFave was last seen at a gas station near 60th and Hampton. Her family thought she may be endangered -- but West Allis police simply listed her as "missing."

Anyone with information in this case is asked to contact West Allis police at 414-302-8000.