MILWAUKEE — A federal bankruptcy judge in Milwaukee approved on Monday, November 9th a reorganization plan for the city's Roman Catholic Archdiocese that calls for $21 million to be paid to clergy abuse victims.

"I fought for you for five years the best I can. I fought for all the victims. It's been a privilege and honor to represent you," said Charles Linneman, clergy abuse victim. 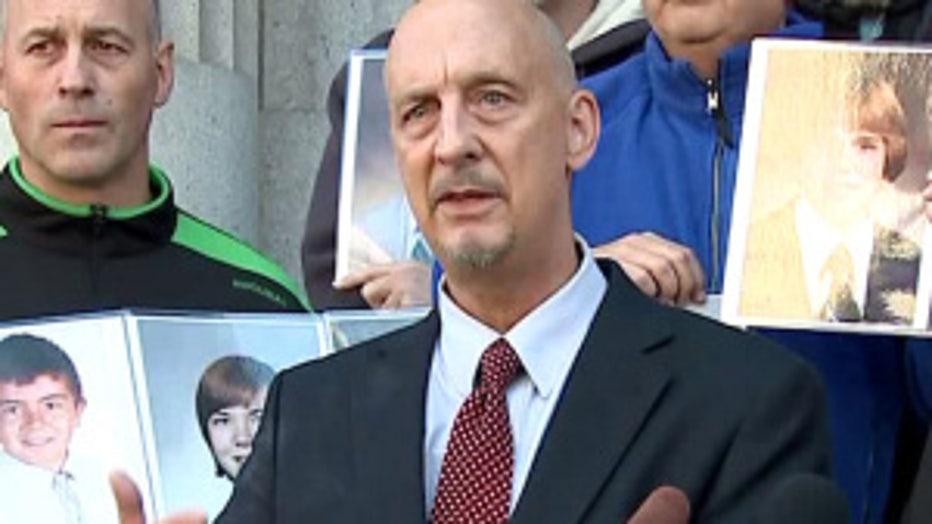 "There is at least some restitution, some, that is going to go to victims," said Peter Isely from the Survivors Network of Those Abused by Priests.

The plan approved by U.S. Bankruptcy Judge Susan Kelley on Monday splits most of that money among 355 people. Another class of 104 victims will get about $2,000 each.

"Something is terribly wrong with a process in which lawyers, especially church lawyers, they're going to end up taking twice the amount of money out of this bankruptcy than all the victims combined," said Isely .

"It's good, in one way, that we were able to reach an agreement with abuse survivors and that the proceeding now comes to a close," said Jerry Topczewski, spokesman for the Milwaukee Archdiocese.

But Topczewski says the church's work will not stop there.

"We are always looking at ways that the church can provide education, training, safe environment programs, all those types of things," said Topczewski. "One of the ways we do that too is by making sure people are aware of what happened in the past."

Several victims testified that they wished the settlement amounts had been larger, and some said they wanted to see deeper investigation of abuse claims. Victim advocates had sharply criticized the proposed settlement for its size.

The archdiocese filed for Chapter 11 bankruptcy protection in 2011 to address its sex abuse lawsuit liabilities, and is among a dozen nationally to do so in the past decade. 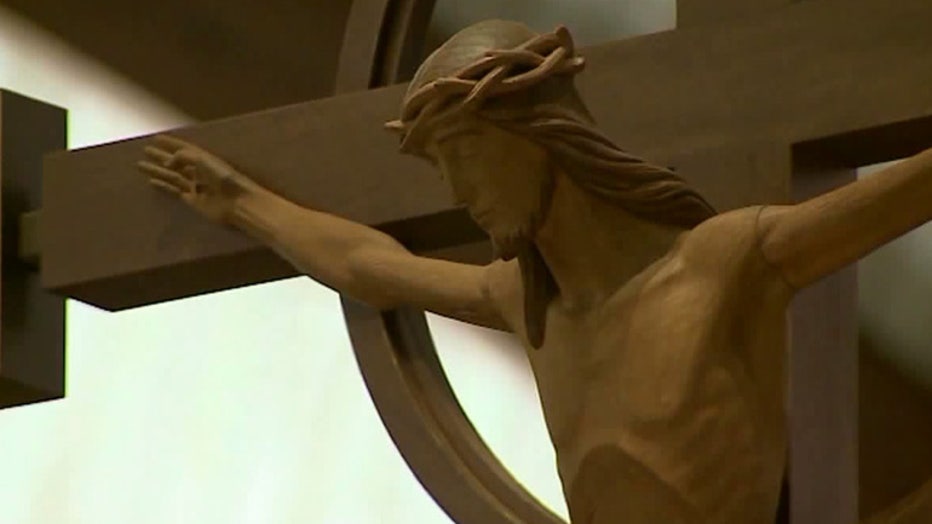 Below is a statement from the Archdiocese of Milwaukee:

Judge Susan V. Kelley confirmed the Archdiocese of Milwaukee's Plan of Reorganization Monday, including approval of the agreed upon settlement with abuse survivors announced August 3, ending the nearly five-year proceeding and allowing the Church to return its focus to its charitable, spiritual and educational mission.

"No amount of money can ever restore what was taken from abuse survivors," said Milwaukee Archbishop Jerome E. Listecki. "In some way, we hope that we are turning a corner on a terrible part of our history and embarking on a new road lined with hope, forgiveness and love. This era of our past will live on, but we also look forward to the future as a better Church. And we are a better Church because of the courage of those who have come forward."

The archdiocese filed for bankruptcy on January 4, 2011, the one-year anniversary of Archbishop Listecki's installation as Archbishop of Milwaukee. At that time, Archbishop Listecki pledged continued care and support for abuse survivors, a pledge he reiterated on Monday.

"We remember those who have been harmed; keeping them in our prayers and supporting them and working diligently to ensure this can never happen again," Archbishop Listecki said. "We can't change the past, but what's important is that together we reached an agreement to bring this proceeding to a close.

"We will remain forever vigilant in our commitment to the Dallas Charter and our Safe Environment program (Safeguarding God's Children). We renew our commitment to help abuse survivors as best we can and at the same time rededicate ourselves to the spiritual, charitable, pastoral and educational mission of the Church."

Highlights of the Plan and Settlement include:

Below, you'll see a letter issued by SNAP (Survivors Network for Those Abused by Priests) to Pope Francis, on behalf of deaf survivors of St. John's School for the Deaf, on behalf of the 575 survivors in the Archdiocese of Milwaukee:

Dear Pope Francis,
We are writing to you as deaf survivors of childhood sexual assault by Father Lawrence Murphy who operated for decades St. John’s School for the Deaf in the Archdiocese of Milwaukee.  As far as we know, in the mid 1970’s we were the first victims of these crimes to publicly come forward anywhere in the world.  We did so very reluctantly and only after learning that the Milwaukee Archdiocese, with the likely knowledge and advice of Vatican officials, was continuing to cover up the crimes of Fr. Murphy and leave deaf children at risk.

Ours has been a long and difficult journey for justice since then, both for our deaf brothers and sisters but also for our many hearing brothers and sisters who are fellow survivors from the Milwaukee Archdiocese, especially the 575 brave souls who came forward five years ago to file cases in to Federal Bankruptcy Court.  We all did so at the explicit urging of Milwaukee Archbishop Jerome Listecki who promised us “healing and resolution” through this court process.

It is very clear to us that the bankruptcy court has been neither an instrument of healing or resolution, much less justice.

This five-year bankruptcy has been a wounding and revictimizing experience for survivors and for the Catholic community.  The most important issues about the church cover up of sex crimes in Milwaukee remain unanswered and unresolved, especially the disturbing pattern of financial fraud and mismanagement by church officials.  The most obvious example is the transfer of nearly $60 million dollars by former Archbishop Timothy Dolan into a so-called “Cemetery Trust” before the archdiocese filed for bankruptcy.  Evidence has repeatedly surfaced in court showing a pattern of financial corruption, most glaringly a letter from Dolan to the Vatican seeking permission to create the Cemetery Trust in order to keep US courts from compensation victims such as ourselves.

Twice as much money in the bankruptcy settlement will be going to church and other lawyers (the most lavish legal profits of any church bankruptcy in US history), than to all 575 victims combined.  Clearly, this shows a serious mismanagement and diversion of church resources. It is hard for us not to believe that you intended those resources to go to help heal victims not enrich lawyers.  How does this possibly promote the church’s mission of spreading the Gospel and healing the wounded?

There are 575 victim reports detailing over 8,000 instances of criminal sexual assault by over 150 Milwaukee clergy and others.  These reports have not been fully reviewed by US law enforcement or even by Vatican officials and have remained secret.  We are urging your office to directly obtain from Archbishop Listecki these reports, turn them over to the proper civil authorities, and take quick and decisive steps to identify and remove from ministry these abusive clergy.

We are willing to go to Rome with Archbishop Listecki to sit down with you. This is something that could quite easily be arranged by giving your consent.  This meeting will give Archbishop Listecki the perfect opportunity to explain to you and us how this lengthy, adversarial bankruptcy has resulted in truth, justice and the advancement of the common good.