The United States will be represented by 217 athletes in 15 sports at the Beijing Olympics. Here's a look at the Americans to watch at the Winter Games:

U.S. Olympic bobsledder Josh Williamson has tested positive for COVID-19 and will not fly with his teammates to China on Thursday, though he remains hopeful of getting there in time for the Beijing Games.

Williamson — expected to be part of the USA-1 four-man team in Beijing — tested positive Sunday and revealed his status Wednesday. He has spent the last few days at the Chula Vista Elite Athlete Training Center, a U.S. Olympic & Paralympic training site in Southern California, along with many other members of the Beijing-bound bobsled and skeleton teams.

"This has not been an easy pill to swallow," Williamson said. "I have felt pretty helpless throughout this process, but I’ve also found myself laughing a bit at the situation I’m in. Isn’t it ironic that after four years of hard work, all there is to do is sit, rest, recover and have faith? Things I struggle to do the most."

He will need to return several negative tests before he’s allowed to fly to China, and everyone arriving in Beijing for the Olympics will need to test negative again upon arrival. He has some time, considering that official training for four-man bobsledding at the Yanqing Sliding Center north of Beijing does not begin until Feb. 16.

But while training in Chula Vista, the concern about what a positive test this close to the Olympics could mean was clearly on his mind. 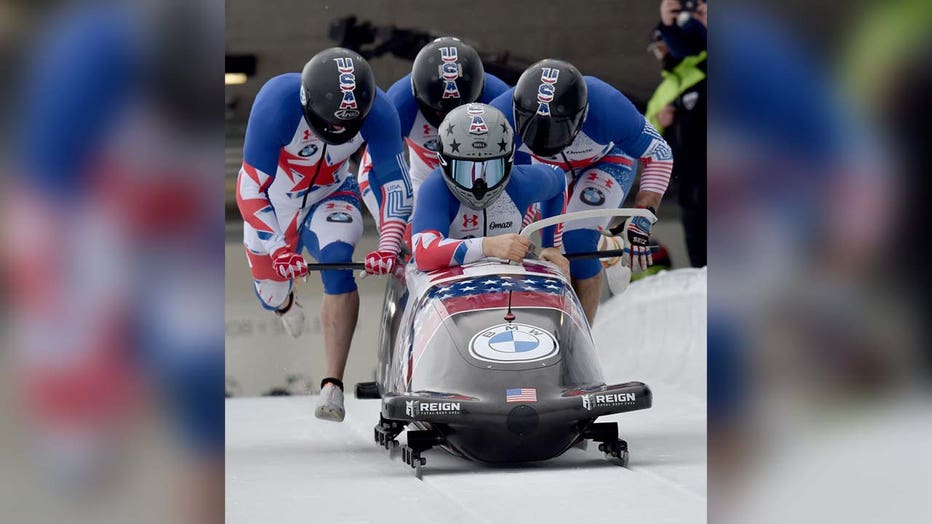 "I’m very worried," Williamson told The Associated Press last week, still breathing heavily after finishing a sprint workout. "At the end of the day, if you test positive it makes it much more of a difficult process to get into the country. It’s different, but it’s no different than an injury in some ways, when you might have been working really hard for a long time and a freak thing comes in and takes it away from you. That’s kind of how this feels."

This would be Williamson’s first Olympic team. He, along with women’s push athlete Sylvia Hoffman, wound up making the Beijing-bound team after winning Team USA’s Next Olympic Hopeful contest. He has competed in 30 World Cup races since, helping pilot Hunter Church win two bronze medals in four-man events.

"I feel like it’s been a four-year job interview," Williamson said. "You always have that goal, but for me, you’re always wondering ‘Do I really have it?’ or ‘Is it really in the cards?’ I try not to count my chickens before they hatch."

RELATED: Meet the US soldiers aiming for Olympic gold in the 2022 Winter Games

He was selected for the Olympic team earlier this month at the end of the World Cup season. Most members of the bobsled and skeleton Olympic teams then headed to Chula Vista, in part, to try to minimize exposure to the virus by being in a relatively controlled environment.

The USOPC has several options available as far as flights for athletes to get to Beijing, and USA Bobsled also has contingency plans.

A number of other would-be Olympians from around the world have tested positive for the coronavirus in recent days, including two members of Norway’s women’s cross-country ski team along with Swiss hockey players; Russian bobsledders, skeleton athletes and figure skaters; and German skeleton sliders, among others.