2022 Walk to End Alzheimer's: 'We really can make a difference'

Hundreds of people showed up to Ozaukee County's lakefront on Saturday morning to show their support for efforts to end Alzheimer's disease.

"It definitely came as a surprise," said Maria Wichmann, whose mother has Alzheimer's.

Wichmann's mother, Ruth, was diagnosed with Alzheimer's when she was just about to turn 50 years old.

"She was diagnosed at the end of the eighth-grade year, beginning of my freshman year of high school," Wichmann said.

Wichmann and her family joined together to walk to support finding a cure.

"The funds are going for research. The funds go for local advocacy and also, support for our caregivers," said Allyson Olivier, the Ozaukee County Walk to End Alzheimer's chair. 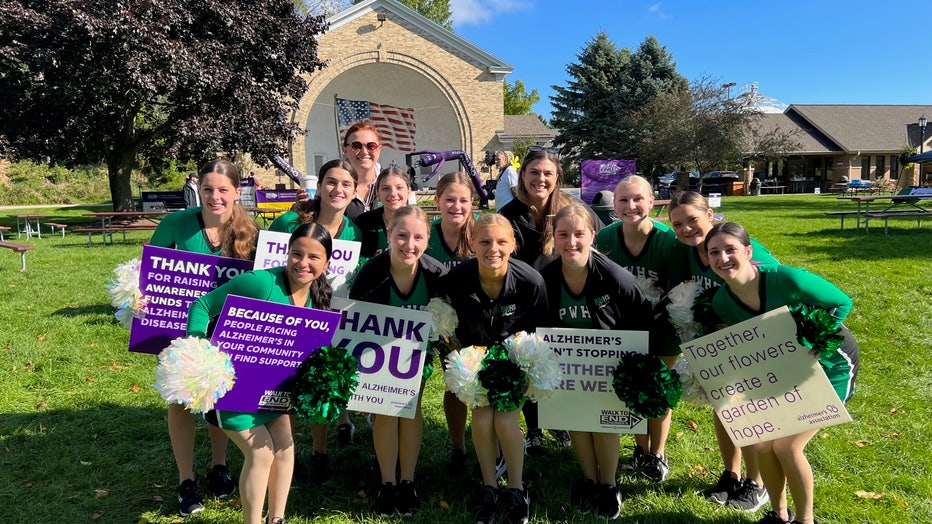 Each flower held Saturday represented a different connection that people have to Alzheimer's. Yellow was for caretakers, orange was for the advocates, blue was for people currently suffering from Alzheimer's and purple was for those who have lost a loved one to the disease.

"Together, we really can make a difference," Olivier said. 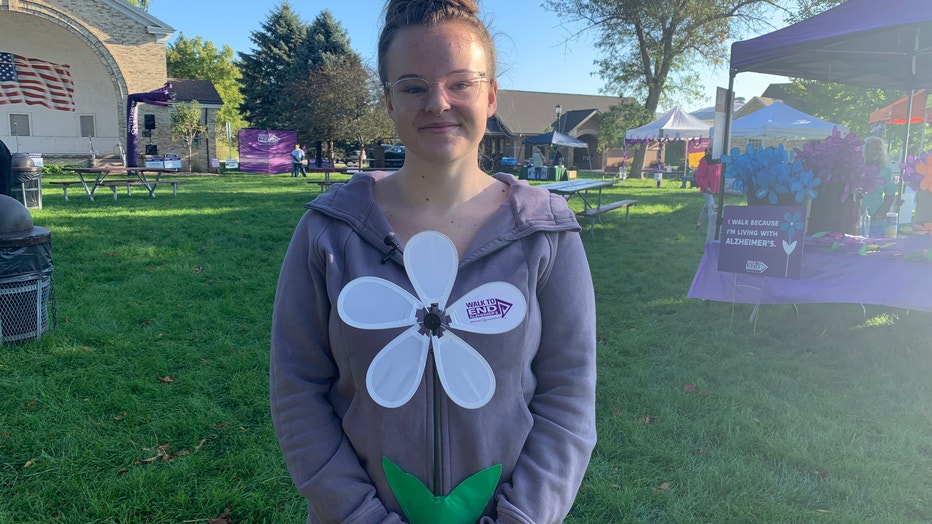 "It’s definitely changed my life and actually pushed me to go into medicine to try to change the world for other people in the future dealing with Alzheimer’s. It made me have a whole new outlook on life and live every moment to the fullest," Wichmann said. 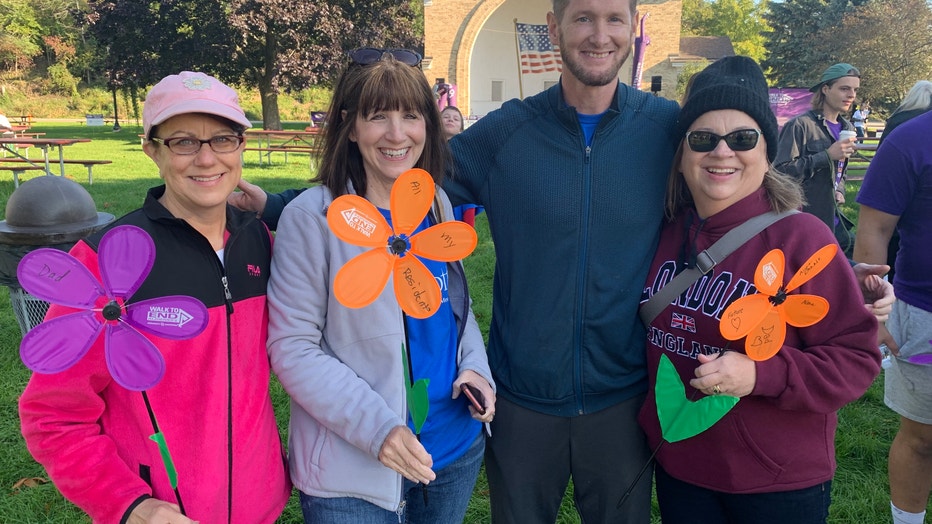 Walk to End Alzheimer's at the lakefront

The Alzheimer's Association is raising money through the rest of the year. The walk is anticipated to raise more than $105,000. Learn about how your donation can make a difference.