MILWAUKEE -- A pair of former Milwaukee County Assistant District Attorneys (ADAs) each face a charge of misdemeanor attempted misconduct. They are accused of mishandling a case -- and then dropping the charges to cover themselves. The accused are Kristin Schrank and Antoni Apollo. According to the criminal complaint, Schrank, then an assistant district attorney who worked in sensitive crimes, was assigned to be the "Duty DA" one weekend in July 2017. The "Duty DA" carries a county-issued cellphone to "answer questions and assist law enforcement during the non-business hours of the DA's office." 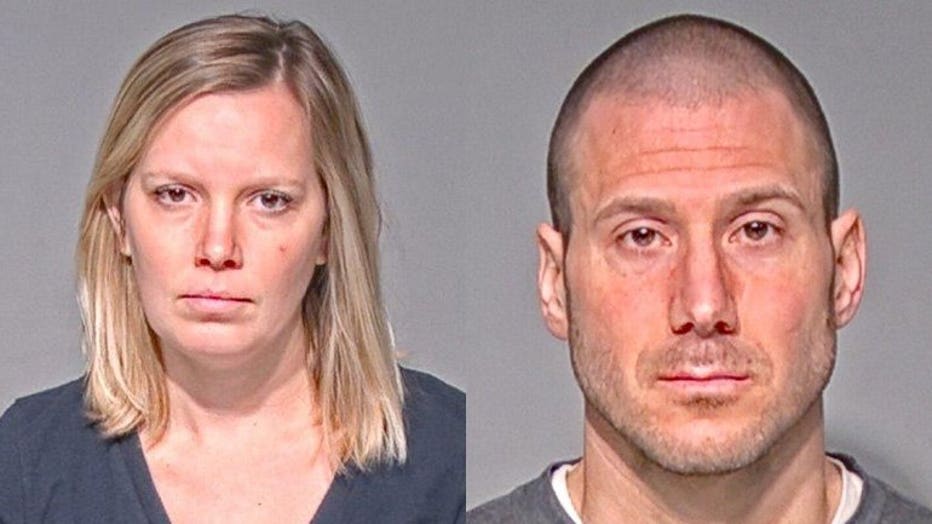 On Sunday, July 16, an officer with the Fox Point Police Department was involved in the arrest of a person for operating while intoxicated and obstructing an officer. That officer contacted the Duty DA "for advice on whether to obtain a search warrant for (suspect's) blood." The officer called the Duty DA number and a male, later identified as Antoni Apollo, answered the phone. Apollo advised the officer to seek a search warrant for the blood. When the officer asked who she was speaking to, the complaint says Apollo told the officer "he was an intern in the Milwaukee County District Attorney's Office" and provided the name of an intern who was working in the office at the time. 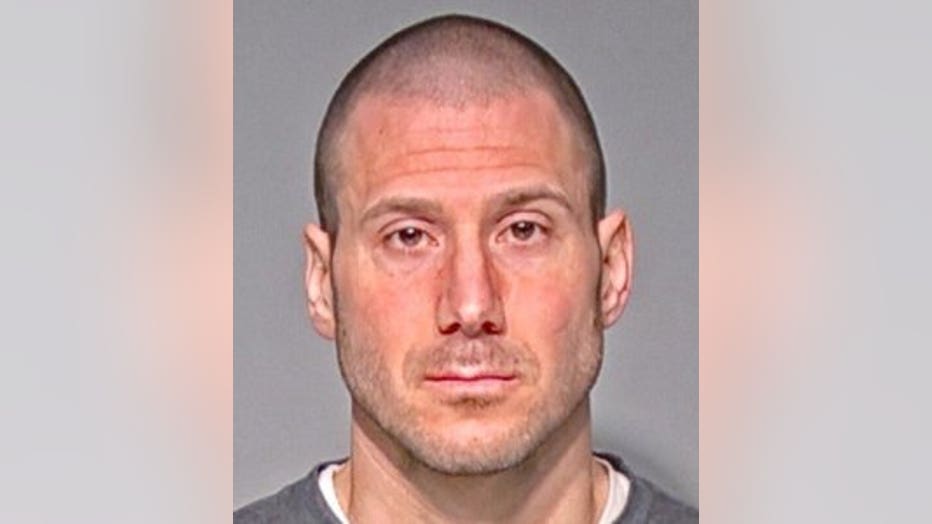 Records show Apollo had worked as an assistant district attorney in the Milwaukee County District Attorney's Office and had prosecuted homicide cases. The problem is Apollo left the DA's office in March 2017. "He was a rising star in the Milwaukee County District Attorney's Office and he left there for reasons he knows that aren't really publicized," said Frank Gimbel, a longtime Milwaukee defense attorney. Chief Deputy District Attorney Kent Lovern said Wednesday that Schrank resigned from the office in October. Lovern said the DA's office had no further comment on the pending case. Fox Point Police also declined to comment for this story. Within a few days of the original suspect's arrest, a captain with the Fox Point Police Department tried to contact Schrank to make sure his officers called the right person. He was also curious because the report listed a "district attorney intern" as the source of advice. The captain left messages for Schrank to confirm the advice. A couple of days later, she returned the call and "explained to him that she was in the shower and that it was a friend who had answered the phone for her." Schrank however, "did not name her friend who had answered the phone." When investigators questioned the intern named by the officer, he denied answering the Duty DA phone on July 16, 2017 and told them he wasn't with Schrank. 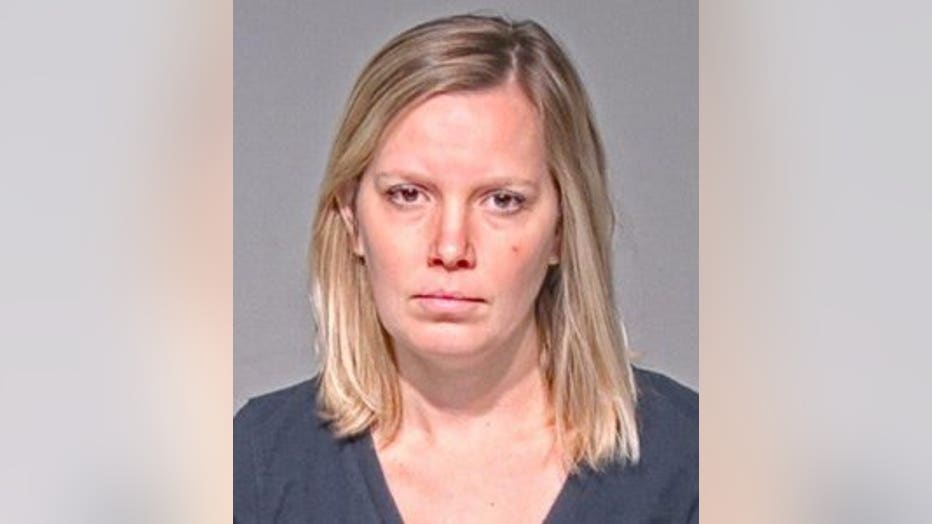 The complaint indicates a Fox Point city attorney, handling the OWI - first offense part of the case, then reached out to Schrank and "asked whether it was normal practice for an intern to give advice." Schrank allegedly told him it was not an intern who gave the legal advice but did not say who did give the advice. Schrank later justified the dismissal of the case against the original suspect "because the (suspect's) defense attorney laid out the anticipated defense." She told Fox Point police the suspect "had preexisting medical conditions, that his injuries required an overnight stay in the hospital, and the defense had a witness to say that the officer did not use proper use of force protocols." It was also at that time that Schrank told the city attorney that Apollo was the one who had taken the initial call. A search warrant for the case revealed that Schrank allegedly also told a Fox Point officer that the excessive force claims would be an issue because "Milwaukee County juries don't like cops." The internal investigator wrote that he viewed video of the arrest and found nothing improper, adding the suspect resisted arrest before falling and hitting his head on the pavement. His BAC results later came back at a level of 0.34, more than four times the legal limit. 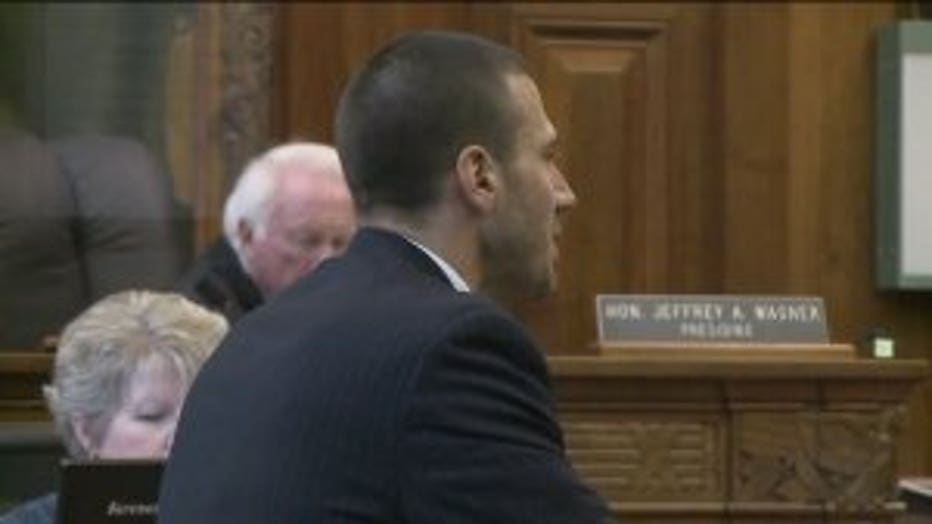 The investigation into Schrank and Apollo led to a review of text messages between the two. The complaint details an exchange of messages on July 16, 2017 in which Schrank asked Apollo "if he would take the duty phone overnight if it is busy at the restaurant where Schrank works part-time. Apollo agreed." That evening, the complaint indicates Schrank messaged Apollo saying he missed a call on the duty phone and asked him to "deal with it ASAP." Apollo allegedly texted back that he "dealt with it." However, the complaint says Apollo also messaged, "they demanded a name. I panicked. I said I was an intern." He clarified saying "he was not home at the time of the call but on his motorcycle after leaving the restaurant that night." Three days later, Schrank sent the following messages to Apollo, according to the criminal complaint.

"I'm freaking out." "There's false info in affidavit and has case and told me about it." "I didn't handle it well this morning. I just acted like Fox Point is crazy." "and doesn't know what they are talking about" "What's my excuse for taking OWI-1 and resisting?"

"Because you talked it through them." "U need to get this situation under constrol" "Take the file and read what they said" "Before starts talking" "It's a crappy case.""No process it" "Say its too circumstantial" "U need to get it before u leave."

After a couple of brief calls between Schrank and Apollo, Schrank texted Apollo the following, according to the complaint:

"It's dismissed." "It's going to come out and look like I did it/lied. And got rid of a criminal case to cover my own (expletive)." 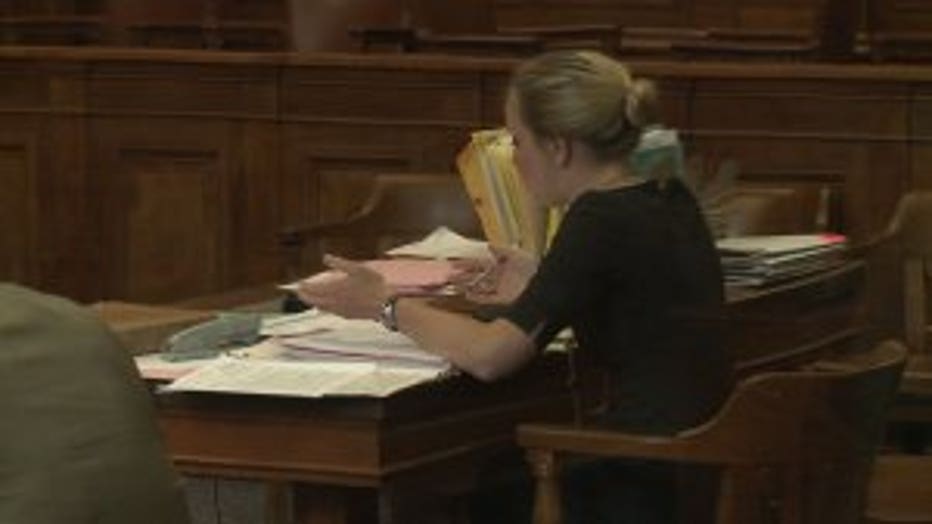 FOX6 News went to the homes of both Schrank and Apollo, but no one answered the door. "Here's a person who is not a public official, and yet, he's accused of attempted misconduct in office," Gimbel said. Gimbel says the misdemeanor charge for each defendant, and the fact Apollo was charged with attempted misconduct even though he was longer an ADA, makes him wonder if a plea deal is already in place. "It gives rise to the question of whether or not these cases are going to be defended by the accused two lawyers or if what we see is something that grew out of a negotiated resolution of the charges," Gimbel said. If either Schrank or Apollo are convicted on the charge, they face up to nine months in prison and $10,000 in fines. Both are expected in court for their initial appearances on Thursday, Feb. 1. Neither the Milwaukee County District Attorney's Office nor the Fox Point Police Department would comment for this story.