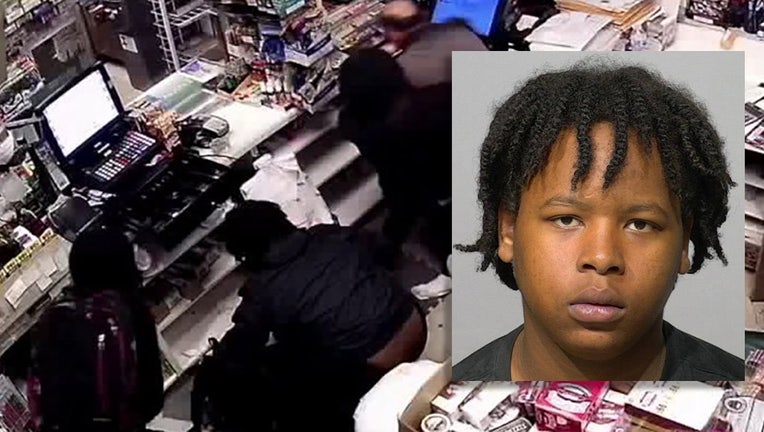 MILWAUKEE - Donzell Roberson was sentenced to three years in prison for his role in an armed robbery during which the clerk was brutally beaten.

Roberson, 18, of Milwaukee pleaded guilty to armed robbery as a party to a crime. In addition to prison time, he was sentenced to three years of extended supervision and granted credit for 405 days served. He also faced a charge of second-degree recklessly endangering safety; that charge was dismissed but read in.

Nathaniel Coleman, 19, of Milwaukee was also charged with one count of recklessly endangering safety and one count of armed robbery in connection to the incident.

According to a criminal complaint, police were called to the Petro Mart on Teutonia Avenue near Green Tree Road on June 22, 2019. An employee said he was behind the counter when three people entered the store and robbed him at gunpoint.

The complaint said Coleman held the victim at gunpoint, dragging him to the ground, as Roberson and the other suspect -- a juvenile -- began taking money from the register. Surveillance video showed the employee being brutally beaten by Coleman, who also fired one shot next to the victim's head, the complaint said.

The three suspects got away with $3,000 from the safe.

Investigators interviewed Coleman, who indicated he was with a friend and they ran into a third person outside the store who he knew from the neighborhood. Coleman said he had a gun and said he was going to "do a job" and he would give Coleman half of the cash -- handing him a gun. He said they entered the store and when the clerk came out from behind the glass, he "overpowered the clerk" -- forcing him behind the counter at gunpoint. He said he tried to force the clerk to the ground, but he tripped and went to the ground with the clerk. He said the gun discharged when he fell.

In July, Coleman was sentenced to four years in prison and five years of extended supervision, credit for 383 days served, after pleading guilty to one count of second-degree recklessly endangering safety and one count of armed robbery.