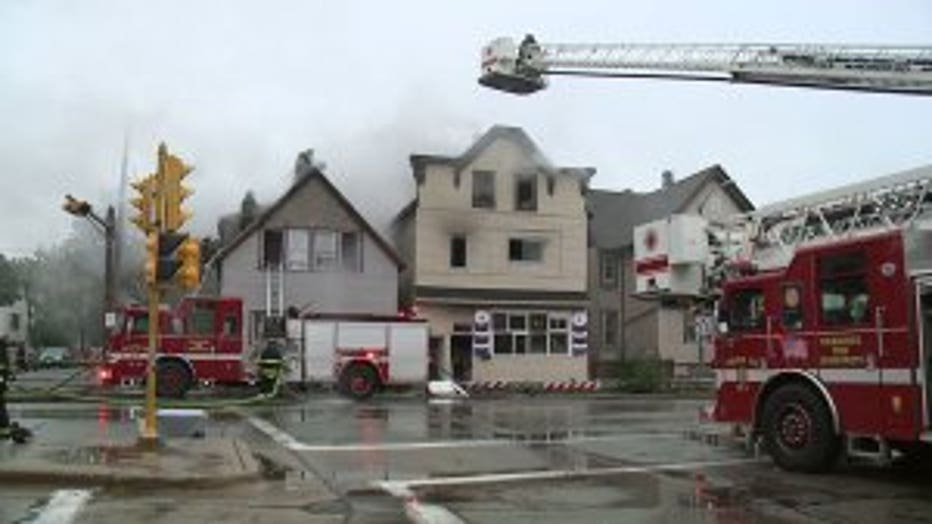 Witnesses and volunteers with the American Red Cross indicated it's believed this fire may have started in a kitchen in an apartment unit above a barbershop, before spreading to the building next door.

Fire officials said 17 people were displaced, and two firefighters had to be transported to the hospital from the scene. The extent of injuries suffered is unclear at this point.

The Red Cross has indicated they're assisting approximately 20 people -- 18 in all, a volunteer said.

One woman said her sister's yelling and the smell of smoke made her realize she needed to get out now. She said she didn't hear a smoke alarm. She said she was able to rescue her dog, appropriately named Lucky -- but lost everything in the fire. 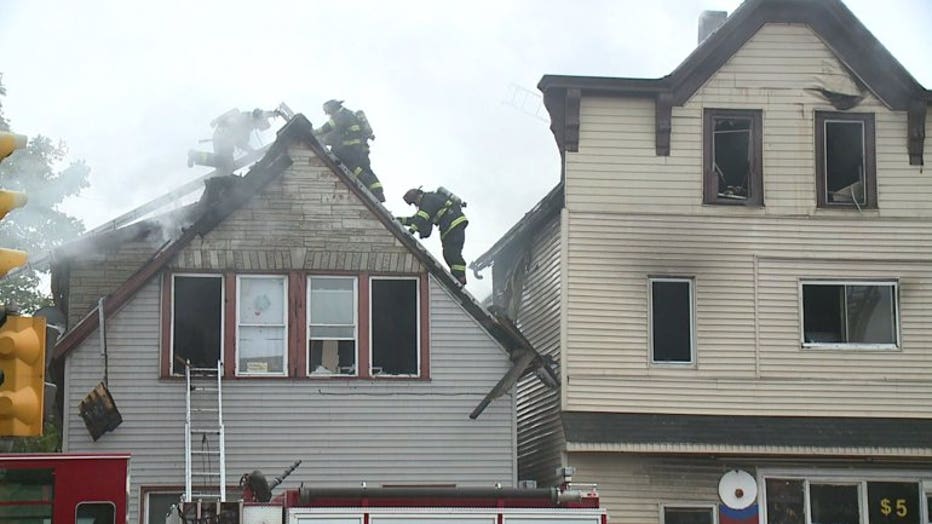 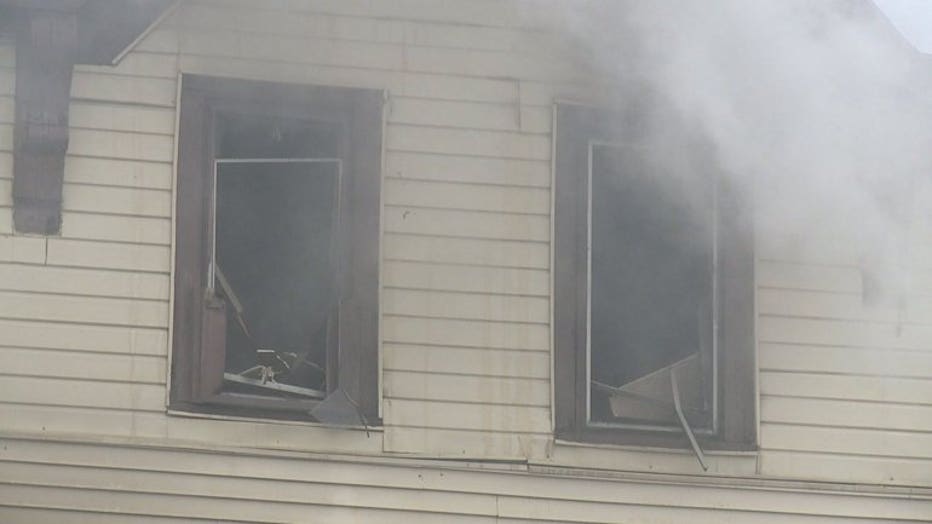 "I don't have nothing. No purse, pictures -- nothing. My husband was sleeping on the sofa. I said 'let's go. We don't have no time. Thank God we are alive. It was a neighbor's kitchen. It was something in the kitchen," Zenaida Santiago said. 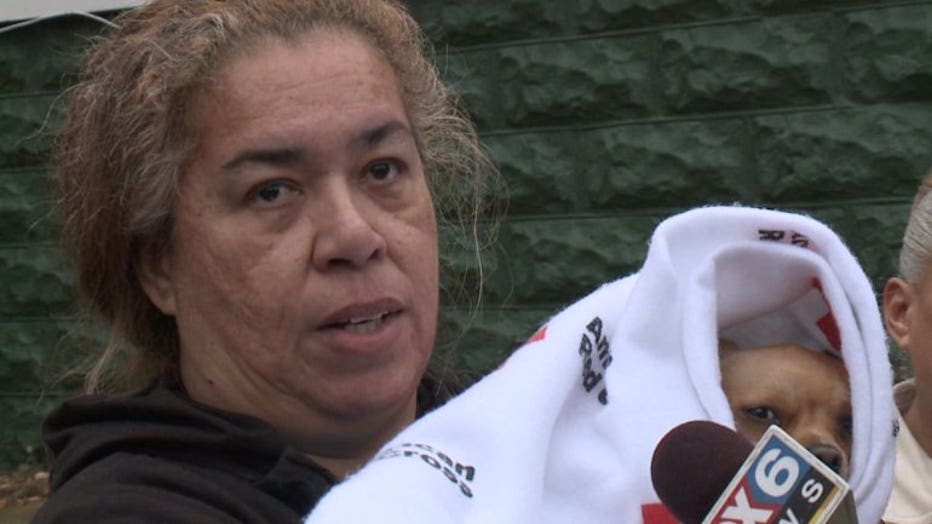 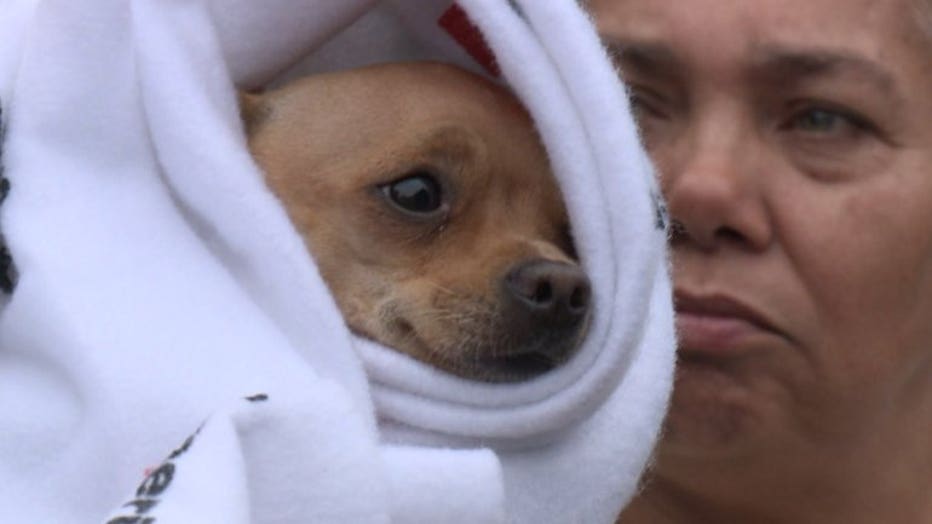 Santiago said the unit that was burning wasn't occupied. 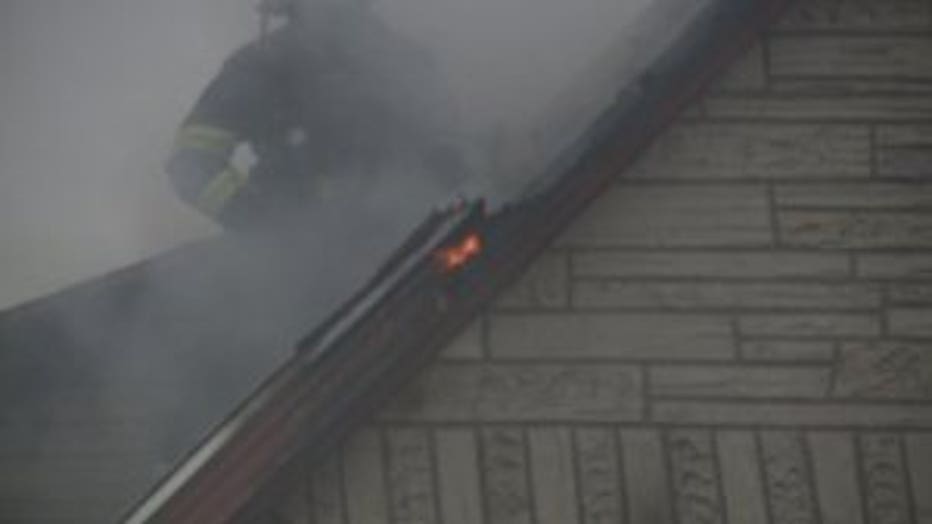 Damage estimates haven't been released, but Red Cross officials did say both homes would be unlivable after the fire.

An investigation is underway into the official cause of the blaze. 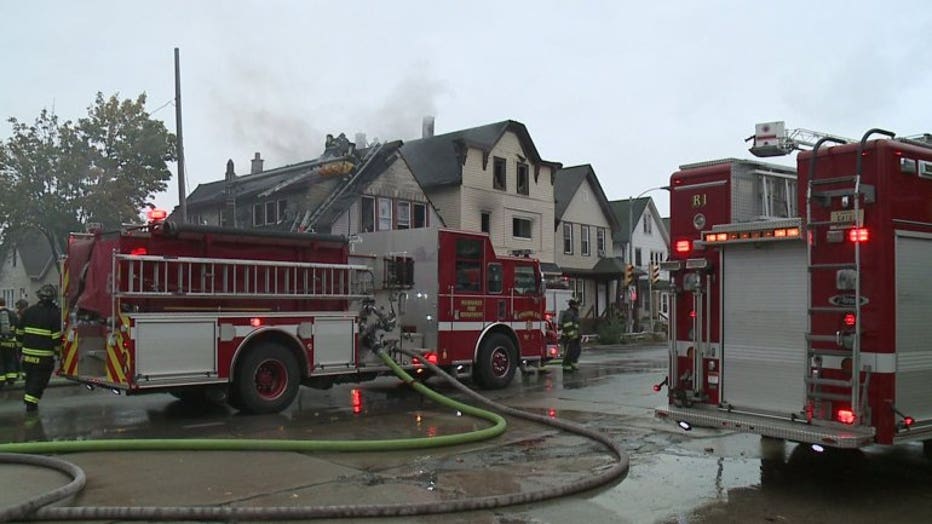