13-year-old Racine boy charged as an adult, accused of stabbing girl with a pocket knife

13-year-old Racine boy charged as an adult, accused of stabbing girl with a pocket knife

RACINE COUNTY (WITI) -- A 13-year-old Racine boy has been charged with attempted first degree intentional homicide -- accused of stabbing an 11-year-old girl as she was walking home from school.

Police on Monday, September 8th were dispatched to Wheaton Franciscan Medical Center for a report of a juvenile stabbing victim. 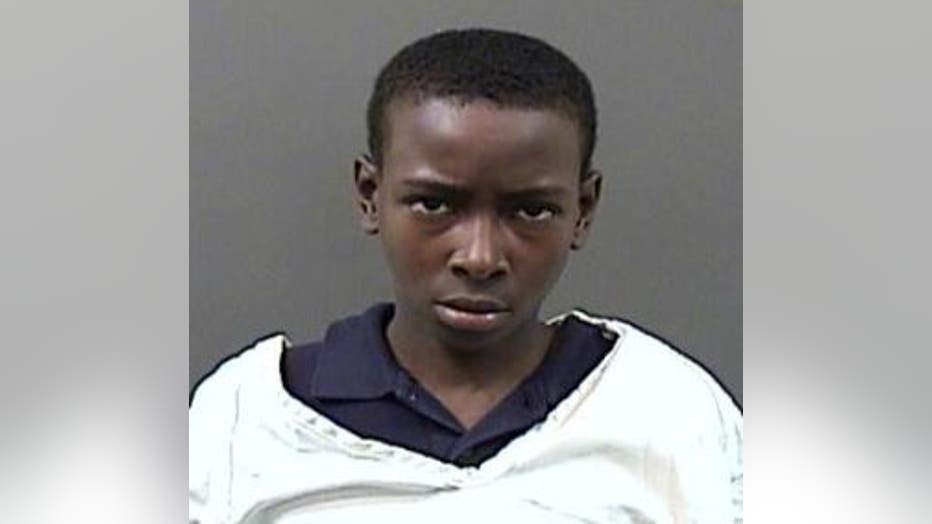 There, they made contact with an 11-year-old girl, who said she was walking home from school with three friends when two black males approached the group from behind.

The criminal complaint filed against Jamal Williams says the girl told police Williams began "picking at her" -- before coming in front of her, saying "you messing with my girlfriend?" before apparently punching the girl several times in her left side.

The complaint says it was then that the girl realized Williams had a pocket knife in his hand, and that she had been stabbed.

The complaint says the girl struck Williams several times -- and he began to flee the scene.

The girl's mother transported her to the hospital, where the complaint says she had to have stitches to close wounds to her upper arm, her left forearm, and her upper left chest cavity.

Police interviewed Williams, who said he didn't know the girl or her friends. Williams told police he walked part of the way home from school with a friend.

The complaint says that friend told police while walking home with Williams, the two came across the 11-year-old girl with a group of friends.

It was then that Williams' friend told police Williams pulled out some sort of knife and stabbed the 11-year-old girl three times.

Williams' friend told police the girl was able to fight Williams off, and that's when he and Williams took off running, according to the complaint.

The complaint says the 11-year-old girl told police she has been a victim of bullying at school last year and this year, and that she believes the stabbing is related.

If he is convicted of the attempted first degree intentional homicide charge, Williams could face up to 60 years in prison.

The Racine Unified School District says at the middle school level, it has a bully prevention program, and a coordinator at each school.

RUSD has issued this statement to FOX6 News:

"We are working with police as well as the family of the student who was injured. Though this incident occurred off of school property, we will do everything we can to ensure our students continue to feel safe both in and out of school."

While his mug shot shows his youth, in the court of law, Williams is being treated as an adult.

"An 11 year old girl was walking home from school with some friends and he was picking with her, and asked her if she had a problem with his girlfriend," said Racine Police Department Sergeant Jessie Metoyer.

"What she thought was him punching her in the side, and then she realized he has a knife in his hand," said Metoyer.

Investigators say the girl fought Williams off, called her mom, and was rushed to the hospital.

"I don't know the depth, but one was in her left chest cavity which is obviously very serious," said Metoyer.

The girl received stitches on three of her wounds.

Williams is now charged with attempted 1st degree intentional homicide. A charge that has landed him in adult court.

The suspect, and victim are both students at the middle school. Police say the victim says she's been bullied for more than year.

In Wisconsin, anyone over the age of 10 charged with 1st degree intentional homicide, the DA only has the option of charging suspects as adults, so their hands are tied unless the charges change, which many times does happen.